2. Iggy Azalea stole my future engagement ring. Swaggy P got down on one swagalicious knee and proposed to Iggy Azalea this past week and gave her largest canary diamond I could ever dream of trying on my dainty finger.

Jelly is an understatement for how I’m feeling about this rock. Hey future husband…if you’re out there and reading my stupid blog scheming up the best way to sweep me off my feet it’s with this exact ring, so like start saving or rob a bank or something and make it happen. Also please be tall. Thank you and goodnight.

3. Full House released unauthorized nightmares. This is the cast pic. 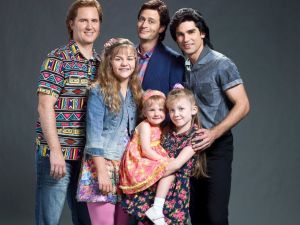 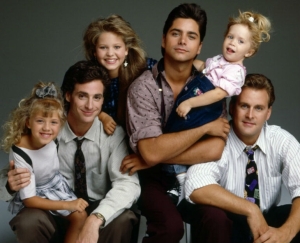 It’s so ridiculous that even Uncle Joey tweeted it out and was like LAWLZ. So I guess you could say they nailed it.

4. Kim Richards is outtie 5000 on Real Housewives and Kyle Richards is producing a show about their childhood. One Sisters Richards bows out of the reality TV show that probably fueled her alcoholism (it’s for the best) while another Sisters Richards decided to exploit their childhood for a new show on TVLand. Sounds about right. Most importantly…what does Kathy Hilton think about all of this?! Stay relevant, ladiezzzz.

5. Juicy Tidbits. Lance Bass posts a 90’s-licious TBT of the Spice Girls chumming with N*SYNC in what looks like a mall before any of them were famous. Everything about this picture is glorious, from Posh’s bitch face right down to JT’s Native American felt clogs.

#TBT to the day I met the #SpiceGirls in 1996. We had both just released our first singles (WannaBe/ I Want You Back) and no one in that airport knew who any of us were. #NSYNC @OfficialMelB

Marky Mark is 44 today…dayyyummnnnn. (obviously an excuse to post the infamous CK photo)

Miles Teller gets his solo groove on and dances us into the weekend. CUT LOOSE.

It’s been a while since I’ve forced everyone to listen to the best songs of previous decades so here we are again. This time it’s the OBVIOUS pop bangers of the 90’s and early 2000’s focusing on boy bands and girl bands who were the stuff (with the additional bada$$ bitches who were solo.)

1. Bye, Bye, Bye- N*SYNC. I mean obviously this playlist needs to start with the OG of boy bands, the pinnacle, if you will. Though difficult to pick just one N*SYNC classic, this one came with it’s own dance move and therefore has stood the test of time.

2. Oops!…I Did It Again- Britney Spears. Because back then there wasn’t a Justin without a Britney. The best kind of song is one that starts with what sounds like a car attempting and failing to start and has a break in the middle for a quick Broadway play…Aww, you shouldn’t have. No really Brit, you shouldn’t have. Mid-song talkies are the worst. But this song isn’t.

3. MMMBop- Hanson. Three young boys with floor length blonde locks sing a song that we LITERALLY will never know the words to. Seriously, WHAT ARE THEY ACTUALLY SAYING? Whatever, it’s catchy AF.

4. Waterfalls- TLC. This song is about people dying of AIDS and drug overdoses and stuff, pretty heavy, but if you use a metaphor about bodies of water to describe it, suddenly it’s a fresh song with a little sax thrown in. If you can master the Left Eye (may she rest in peace) rap in this then I absolutely need to be your friend.

5. Back Here- BBMak. It’s unfortunate that these guys came out around the same time as N*SYNC and BSB cause they pretty much didn’t stand a chance. They also had the hairstyles of a punk rock band so that was strike 2. Good news is they know how to write a killer whiny love song.

6. Genie In A Bottle- Christina Aguilera. We’ve seen a lot of Christina’s in our lifetime, Dirrty Xtina wearing assless chaps, retro Christina trying to make the 50’s cool and more recently The Voice Christina trying to be a part of the boys club. It’s important for us not to forget that she got her start being suuuuper innocent singing about getting rubbed the right way. Get it, girl!

7. When The Lights Go Out- 5ive. Damn this boy band had a little FLAVA. And I’m not just talking about how clever it was that they literally used the number 5 in their band name. I’m referring to the swagger they had in this song. SECOND VERSE, GIRL-The rapping is on point. They’re bragging about their bedroom skills and I for one couldn’t wait for them to show me what it’s all about. Not so much after this picture though…

8. No More (Baby I’ma Do Right)- 3LW. If you don’t listen to this song and immediately burst out laughing to “broken promithes, promithes” you don’t like fun things. 3LW may have had a little street cred as a girl band and telling off their deadbeat men, but THAT LISP. Also they really drive the point home in this song by repeating every word, just in case. Fun fact: I saw them open for N*SYNC and they came out in janitor jumpsuits and stripped them off mid song while dancing and it was suuuupes impressive. It obviously didn’t take a lot for me to be dazzled at that age.

9. Give Me Just One Night- 98 Degrees. We’re going to sweep it under the rug that 98 degrees tried to make a comeback with a song about blowies and really relish the good ole days where all they needed was one night (one night) with a girl. Not for nothing but this song was educational in teaching me my first Spanish words.

10. Wannabe- Spice Girls. The Spice Girls created the girl group and also taught us about Brits. I used to reenact scenes from the Spice Girl movie during recess, unfortunately everyone’s favorite was Baby and BECAUSE I WAS BORN WITH BROWN HAIR I had to be Posh or Sporty. Both options suck and so did my British accent but I digress. Here’s another song where I have heard it 1000 times and still don’t know what they’re saying, but I certainly know that Bevin, Peyton Brooke and Haley did a choreographed dance to it on the roof of a house party. PS Scary Spice’s cackle is EXACTLY how she got her name.

11. The Animal Song- Savage Garden. Let’s slow it down now with two baby faces with the falsetto of angels. This song is about how they wish they were animals because then they could run around all carefree. Don’t we all wish that, Savage Garden, don’t we all. Anyway their CD (I’m pretty sure they only have one?) is the best crying soundtrack you could ever ask for. Trust me. Plus: pwetty boys. 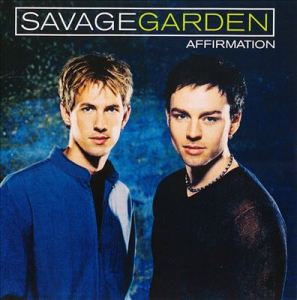 12. S Club Party- S Club 7. Again, here we are with another classssic British band that taught me new things. For example, I learned that hoochie mamas show their nana’s at any good party. For the record, if their show was still on the air I would still be watching it because it was the shit. Unfortunately S Club 7 pretty much fell off the wagon and tried to do a comeback recently that was quite a scene. Jo no longer has the flow, let’s just say that.

13. Summergirls- LFO. LFO was the badass version of boy bands. They mused nonsense about Scooby snacks and Chinese food and we were like yes, please, Rich.

14. Candy- Mandy Moore. Again, might be hard to recall a time when Mandy was REAL blonde and singing about craving a boy like she craves candy. Suuuch a stupid song but doesn’t make it any less catchy. Love always, Mandy.

15. Liquid Dreams- O-Town. The original Making the Band kicked off reality TV AND gave us a song about wet dreams. Could we really ask for more? It concerns me to report that my sister and I spent a whole summer day on my back deck choregraphing a dance to this song and not once did my mom say hey maybe stop shimmying to a song about boner jams. It was a great dance though.

16. C’est La Vie- B*Witched. It’s pretty much a rule at this point that if you have an asterick in your band name your cool factor is top notch. These chicks are also suuuupes Irish, which pushes their cool factor through the roof. You don’t get too many pop songs that you could literally do an irish jig in the middle to some bag pipes and that’s what makes this song gr8. Plus it starts with “Some people say I look like me dad”…which doesn’t even make sense.

17. Aaron’s Party (Come Get It)- Aaron Carter. I refuse to ever make a 90’s pop playlist without my gangsta AC. Kid was like 4 ft. tall wearing oversized FUBU with white Nikes and apparently knew how to threw a kiiiickin party while his parents catch a matinee. The different characters in this song, the way he’s talking to the honey’s and breakin it down on the living room dance floor instead of being a good host, and his dad grounding him at the end…what a whirlwind of emotions in one song. Was it the party of the month? No. It was the party of the year.

18. He Loves U Not- Dream. Although I’m pretty sure I never knew anyone’s individual names in Dream, I know that I loved them. They were super sassy. I had(have) their CD and one of their songs was literally them just telling off a guy named Jordan for trying to date them all at once and thinking they wouldn’t find out. THEY FOUND OUT, JORDAN. I made my very first music video (camcorder style) to this song and it was award-winning if I do say so myself. It was supposed to be a dream sequence (get it?) then during the instrumentals we ran around and pulled the letters “D-R-E-A-M” off the wall to show we were going back to real life. Whoa. Copywritten so don’t even try to rip me off, guys.

19. The Hardest Part of Breaking Up- 2Gether. These clowns were supposed to be a parody of a boy band but their mockery went over our tween idiot heads and we loved them anyway. Also they had a balding 40 year old in the group, casj. AND they rapped about math. WHAT a breakup jam this is though. These bros could get DOWN and they also would like their cat back pls. 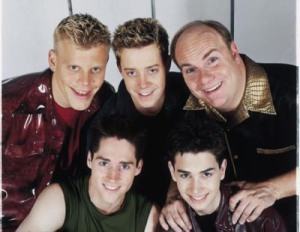 20. I Want It That Way- Backstreet Boys. It seemed like the right thing to do to bookend this playlist with the two rivals and most popular boy bands of the 90’s. Now don’t get me wrong, I was 1000% team N*SYNC, but that never clouded my appreciation for what BSB was doing. Unfortunately a lot of the teens at this time did let it cloud their vision. My dad’s favorite thing to do (his only entertainment really) when he took us to an N*SYNC concert was to ask tweens if this was the BSB concert and just watch their dramats reactions. I would imagine it’s close to going to a 1D concert today and announcing that you can’t wait to see 5 Seconds of Summer? (1D still a touchy subject?) I don’t know. Either way this song gives me all the feels, and I DON’T WANNA HEAR YOU SAAAYYYY it doesn’t.