HEAVY video week. Hope you have headphones at work 🙂

After teasing at this show for months and months salivating over what characters would come back and where to set our expectations…we finally have a short trailer and release date. Look, I went into this reallllll nervous with PTSD flashbacks to the Boy Meets World-Girl Meets World transition. But Netflix knew that. And so they tugged right at my heart strings with the Miranda Lambert song and flashes of the iconic house. There’s even a Comet 2.0. Now I’m amped. February 26th can’t come soon enough. (If you want to get even more excited, check out my blog about what characters NEED to come back HERE.)

Before going on hiatus for (ever?) a while… 1D gives us the gift that keeps on giving here. Everyone who reads my blog knows that James Corden could do carpool karaoke with a rock and it would be my favorite thing ever made. Obviously he’s been trying to squeeze his way into the band for some time now and this was no different. Props for his rap segment. Also sucks to suck for the double L sandwich in the backseat. With the amount of greasy hair flipping that Harry did in addition to wailing every high note I’m gonna guess it’s not gr8 to be roadtrip buddies with him. Harry rides bitch like nobody else. Ain’t nobody gonna stop him from shining.

I know that music videos aren’t that hip anymore and not a lot of people like watching them but if you don’t watch 30 seconds of this and walk away impressed by Jason’s dance swag then we can’t be friends. I saw him live this summer (fo free, yasss) and he put on a SHOW. He didn’t stop moving the entire concert and it was beyond impressive. It didn’t hurt that he took his shirt off and flaunted those washboard abs either but whatevs. That’s why he’s Magic Mike IRL. I can always appreciate a fresh dancer because my moves begin and end with a side step and a head bop.

4. Will Ferrell as New Santa.

It’s been a while since we’ve had a Fallon clip on the JUice and it seemed right this week. Will Ferrell is constantly popping up on the show in weird costumes and doing random bits but this one made me giggle a little. As a “modern” santa (that gives off Guy Fieri vibes), Will talks about his love of Smashmouth while he fires off a t-shirt gun. Oh Santa, you’re such a bruh.

A normal Friday Night Lights throwback pic is the best of the best. An FNL throwback pic where Riggins is wearing a silk shirt haphazardly buttoned? Game changer.

BONUS: Merry Christmas from the most beautiful Royals ever to exist. 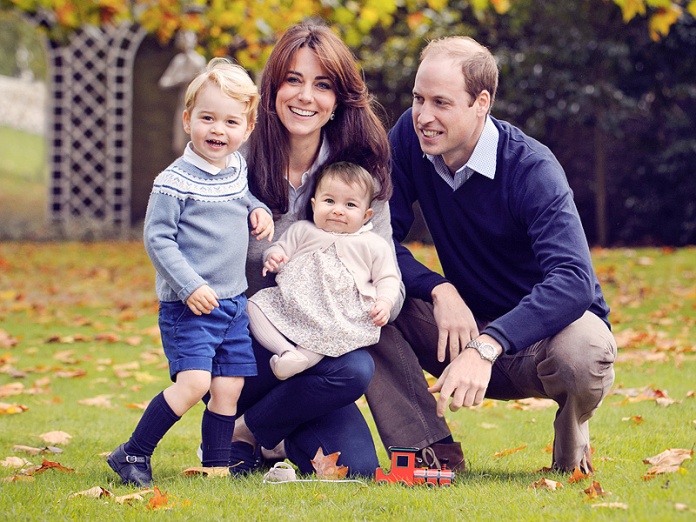 Have a nice weekend. Something, something, May The Force Be With You…

A topical throwback to the time this hairy beast scared the shit out of me at the very oddly themed Student Employee Appreciation Day. #tbt #starwars #theforceawakens #chewbaccaisterrifying #healsodoesntspeakenglish 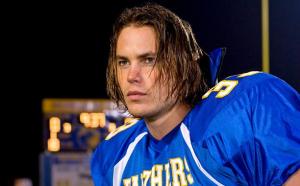 It’s football season again and every year when social media turns into fantasy picks and game commentary, I have a sudden urge to restart Friday Night Lights because I would rather watch Riggins get hammered and tackle the shit out of some high school players than watch real life professional players in our country’s most beloved sport. But whatever, I think choosing FNL over football makes me more patriotic. If Riggs were in the NFL I would probably play closer attention and here’s why I think he would be GREAT as a professional footballer (dare I say, even better than Tom Brady?) It’s a good thing I don’t live in Boston anymore…

PS for the sake of selling the best version of Riggs, we’re gonna go ahead and gloss right over his criminal history.

1. Parties hard, plays hard. There is rarely a time when Riggins is not holding a beer, or fiercely hungover and yet he’s one of the finest athletes on the Dillon Panthers. Could his drinking habits at the age of 17 be seen as alcoholism? Possibly. But Riggs is more of a get home from a long hard day and crack a beer kind of guy rather than funneling before school every morning, so it’s more fun, less debilitating. There’s a lot of guys in the NFL who blow money on booze and drugs to celebrate their cool life, but a lot of them also end up in rehab or fired, Riggs has it under control. He suits up on game day and then hits Smittys or The Landing Strip with the boys to wind down. Even the rally girls know what’s good when they hand him a six pack as a pre-game ritual, instead of baked goods. 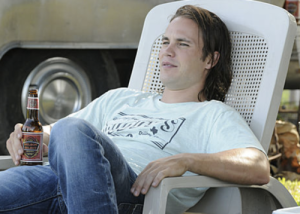 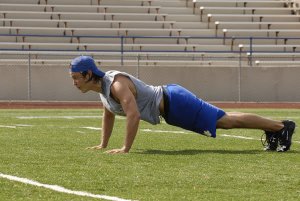 2. Loyal to his home state. Tim Riggins IS Texas. All he wants for his life is a piece of land and a good bar to rest his head. Professional athletes get traded or offered a bigger salary to change teams but Riggs would never leave Texas and let down his fans (cough, cough Lebron). Say it with me now…Texas Forever.

3. Charismatic. Look, Tim’s not the sharpest tool in the shed…I guess that’s what tends to happen when you have rally girls do your homework and you take Wednesdays off from school. What he lacks in book smarts (The Scarlett Letter), he makes up for in personality. Riggs is the life of the party and a true entertainer. He could use a little work on his stand up material–i.e. “How about Saracen sleeping with the Coach’s daugher?”–but you can’t tell me that he wouldn’t be riveting in post-game interviews or team press conferences. He wouldn’t show up just so he didn’t get fined…he would put on a show. Can you name anyone else who would tell the school that he’s pregnant and needs a couple of days to relax so he can flip a house with his buddies? Bonus points for creativity. 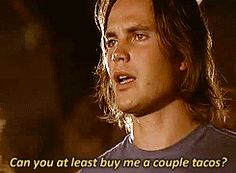 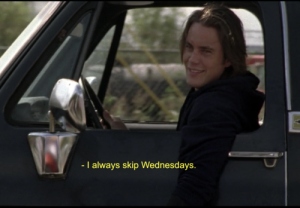 4. Not a Narc. As a captain of the Dillon Panthers, Riggins was a natural leader. He knew how to motivate his teammates on the field, but also how to get them laid—I’m lookin at you JD. Part of being a team player is not pointing the finger when someone sucks. I think Riggins learned a little bit about that when he oh so casually went to prison for Billy. What a rough time for Tim and his usually luscious locks…but just goes to show how he would rather be locked up than rat on someone, if there were to be say, I don’t know, a cheating scandal in the NFL. 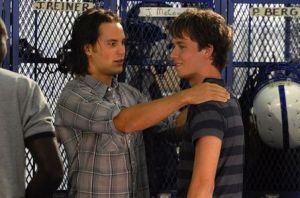 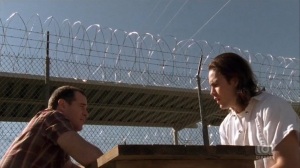 5. Mentor. Under that rough around the edges, boozy playboy exterior is a real heart of gold. Riggins is good with kids and acted as a big brother to that little shit Bo who lived next door. He taught him how to defend himself and how to play football, making him a shoe-in for training camps and charity work in the NFL. Tim also helped out with demon child Gracie Bell when he lived with the Taylors and any interaction with that creature deserves a gold medal. After doing time, he was Uncle Riggs to baby Stevie and it just melted my icy cold heart. 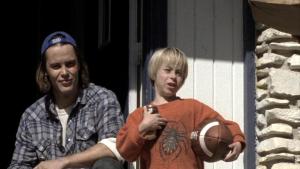 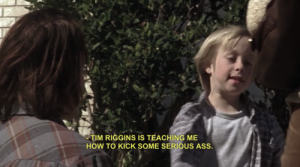 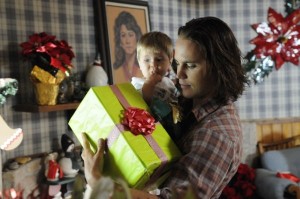 *BONUS* Have you seen him? I get that the NFL is not a modeling agency but it doesn’t hurt, right Eric Decker? I never thought I could be attracted to a man with hair the same length as mine until I laid eyes on Tim Riggins. His flowing lettuce and perfect smile reel in the ladies and I think he would do just fine in sponsorships and product endorsements. Not to mention the bad boy appeal. No more Tom Brady for Uggs…it should be Tim Riggins for Stetson–shirt very optional. 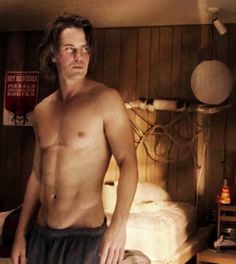 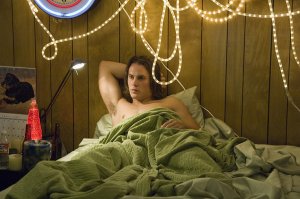 So whatdya say, NFL? Let’s make some memories with Tim Riggins. No regrets.

1. Ben Affleck and Jennifer Garner are crushing my dreams. Obviously, it is with a heavy heart that I relay to you the biggest piece of JUice from this week. One of my favorite celebrity couples (as seen in my Top Ten Celebrity Couples Blog, shameless plug) has decided to end their 10 year relationship and I think I am taking it harder than their own children are. The rumors were swirling for months but I refused to believe that garbage until finally the statement was released this week and I was forced to face the music. The most down to earth, cool, casj couple of Hollywood with three cute little nuggets are divorcing. I’m still mourning this and all that I ask is that you please respect my privacy during this difficult time. They asked the same, and obviously Hollywood has graciously backed off…Just kidding, they literally could not be MORE up in their shit. 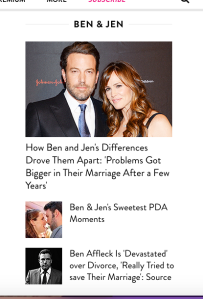 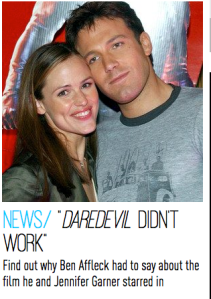 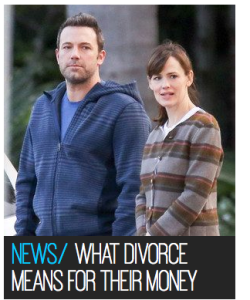 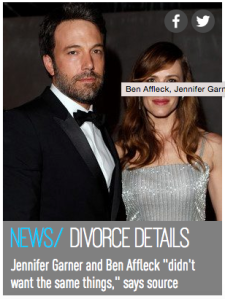 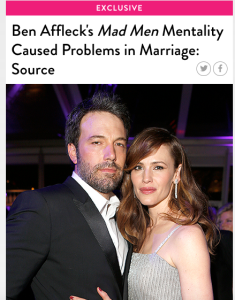 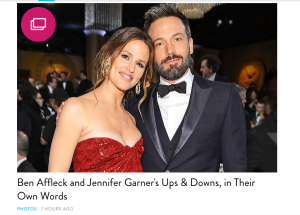 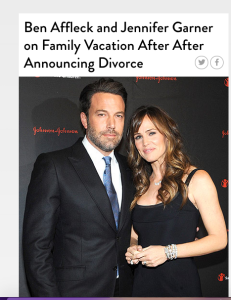 2. The Relationship Gods try to soothe my pain. 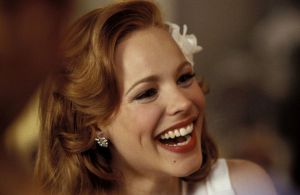 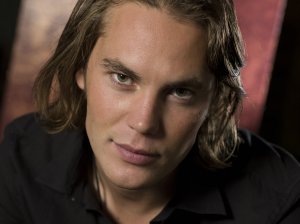 As a beautiful couple is shattered, a new one is born, and that is the circle of life. It is rumored that True Detective co-stars Taylor Kitsch & Rachel McAdams are dating and I support this wholeheartedly. Rachel McAdams is my #2 les crush (after Blake Lively) and we all know what a special place Riggs holds in my heart. Even though I will probably never be over the dismantling of Ryan Gosling & Rachel McAdams, Riggins is a WORTHY runner up to Gosling and I can only hope that they procreate. Also if this rumor ISN’T true, I will probably cry myself to sleep, nbd but HBD.

3. The OC is going to be a musical. Obviously The OC was a top notch show but quick thought…do we REALLY want a fabulous show with all it’s sarcastic and beautiful california people glory to be reincarnated in song? The answer of course, is no. I hope that this idea is squashed right quick but unfortunately I don’t think it will be…considering Autumn Reeser AKA Taylor AKA Coop’s replacement for Ryan will be playing Julie Cooper in musical form.

4. Vanessa Bayer crushes a Rachel Green impression. Vanessa apparently is trying some new material, her impressions of everyone else on Friends were subpar but the Rachel Green was creepy accurate. This is for all the Friends superfans out there who yearn for a reunion, maybe Vanessa can do a one woman show if she works on her other characters a bit.

5. In the land of sequels, My Big Fat Greek Wedding makes its 2.0. And here’s a sneak peek of what to expect:

Is someone trying to get baptized again in #MyBigFatGreekWedding2 ?

The first film was made 13 years ago…maybe we shouldn’t have waited so long for the sequel? Joey Fatone, YIKES. On the other hand…we’re going to get a little bit of this…which I always support:

In honor of America’s birthday…

A musical snack for your ears while you stuff your face with wieners, watermelon, pasta salad and Budweiser (just me? Oh ok..)- 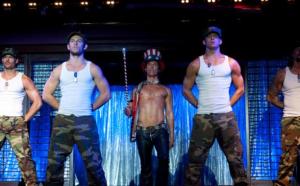