On night one of the World Series that Jeets could not POSSIBLY be a part of because he heart-wrenchingly retired last season and left us with A.Rod–YUCK–the news breaks that Jeets and Hannah Davis are engaged. There was a lot of buzz about the timing obviously and also the fact that it should’ve been Minka, poor girl, but overall the most important thing to note is that neither of them have confirmed it and therefore we must treat it as a rumor for right meow. Although if it WERE to be true, I’d argue that although Jeets is hot, I think I’d be more inclined to bang Hannah Davis…since everyone was begging for my opinion. Anyway, I wish them nothing but the best as they MAYBE get married and retire to Florida.

Not even being sly about it, nothing brings me more pure joy than the fact that I forever linked the birth of The Salty Ju with 1989 and therefore can milk it for all its worth. Either way, Taylor went all pop exactly one year ago and I think it’s safe to say it was a successful year for her. To celebrate, she gave us an acoustic performance of Out of the Woods. Equally as successful and profitable, my need to word vomit my salty opinions on pop culture began one year ago with my first blog being a track by track recap of 1989. Not to take anything away from my girl Tay, but I think we are all aware that I became internet famous this year, by my own declaration. For example, sometimes when people google porn they find my blog. Still haven’t figured that one out yet but I’ve managed to stay humble about my fame and that’s all that matters.

If you’ll recall Jimmy basically amputated his ring finger over the summer and after surgery he’s still fully bandaged and healing. Well this past weekend, with one hand bandaged, he cruised around Harvard Square celebrating an award from the college and some betch table-topped him causing him to fall and cut up his hand. In conclusion, Jimmy should probably use the fake arms that he does skits with for a while until he can be sure he’s earned the right to use his grabbers without injuring them. PS everyone knows that cartoon band aids heal wounds faster than boring plain band aids, so he should probably stop wah-wahing about them.

Bobby shows his abs off too, but like…c’mon.

5. Bieber already shit all over his comeback tour.

Sadly it's Been a rough week for me, long days no sleep, while having to be "on" as they would say for cameras fans etc. In no way did I mean to come across mean, but chose to end the show as the people in the front row would not listen. Hopefully people will understand where I am coming from. I don't always handle things the right way but I'm human and I'm working on getting better at responding not reacting. Unfortunately people were affected by this as am I. For the people in the back I am so sorry and for anyone I may have disappointed im sorry. Sorry for wasting the tv people's time I'll be sure to make it up to you next time on tour.. With love Justin.

Here’s the story: Biebs gets onstage for a concert, stage is wet (lots of questions associated with that but whatevs), Biebs brings a t-shirt out to mop up the stage, girls in front row get grabby with the t-shirt or him or both, Biebs says yo, I’m out and peaces up outta that bitch then posts the above apology on Instagram. I’ve gotta say for someone who had like a 3 year span of being a total Hollywood doucheroni, it was only a matter of time before he would slip up and I waited patiently for that moment. I didn’t have to wait long…his single “Sorry” dropped like a week ago and here he is already apologizing for being a dick again. Timing couldn’t have been better.

PS Unrelated to anything but HOW COOL IS THIS DRESS?!?! (I mean, it would accentuate your lunch if you had any but on the other hand…it looks like you’re dipped in GOLD.) 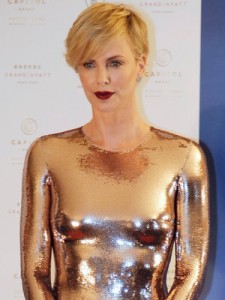 1. JT & JFall are back togets. I begged and I pleaded and finally JT’s manager read the Salty Ju and was all ok let’s give the people what they want and so explains the reunion on The Tonight Show Wednesday night AS WELL AS causing a ruckus at the US Open. The bros are back in town and it’s like they’ve never left me. Kicked the celebration off with another History of Rap–capitalizing on my favorites Bone Thugz N Harmony and Remix to Ignition. Later, the three of us were giggling together doing awkward fist bumps and just reminiscing on ole times. Like when JT drank coffee out of a mug with Jimmy’s face on it. I couldn’t make it to that night’s slumber party, obviously. Then they whipped up a quick Fallon cocktail with Sauza ‘squila, naturally, plus a side of Justin’s over the top Fallon impression. JT judged a lip sync competition where Ellen joined in on the debauchery and lawls. And finally the boys went on a date to the US Open where they showed off their Single Ladies routine. Please feel free to watch or re-watch all parts below with a silly grin plastered to your face like I just did. Supes normz. I will say it over and over again until it finally happens, these two need to host an awards show together stat, including red carpet commentary. Let’s replace garbage with pure humor and boyish charm. I will draft a letter to Hollywood to request such immediately.

2. Another model baby arrived for the Deckers just in time for football season. Last weekend Jessie James Decker popped out another beautiful infant and proudly showed off baby Eric Thomas Decker to gently remind the world that her and hubby Eric Sr. are gorge (even pre and post a child murdering her vag) and they only produce attractive offspring.

Eric Thomas Decker ll Born in Castle Rock, CO 9lbs 20 1/4 inches We are so overwhelmed with love and feeling so blessed to have him join our family❤️

If you're a proud big sister raise your hand!

3. Life Size 2 is a real thing according to Tyra “Kiss My Fat Ass” Banks.

Ty-Ty has revealed that Disney has been working on a sequel script for this trashcan movie starring her and Lindsay Lohan for far too long. They want to make it perf and are hoping for a Christmas 2016 release. Listen, I love “Be A Star” as much as the next Eve fan, but let’s stop being ridiculous with the sequels. What is going to happen in a movie made 15 years after the original? Is tomboy Casey going to bring her barbie doll come-to-life Eve to rush a sorority at college with her? Eve will get in because of her killer fashion sense and ability to spend the whole night dancing and Casey will probably be bullied by Delta Delta Sigma Betches. Did I just write the script for you, Disney? Mail me a check. (Seriously, I could use that cash.)

4. Reese Witherspoon made a baby by herself.

Wow! My sweet girl turns 16 today! 🎉🎂🎉I am so blessed to have such a kind, compassionate, brilliant, artistic, all-around wonderful daughter who makes me a better person everyday. I 💖you @avaphillippe

I say this, because there is absolutely no way that any of Ryan Phillippe’s genes ended up in their oldest child Ava. She is Reese 2.0 and it is giving me the scaries. Just a few more years and Ava & Reese will be hitting the bars and telling guys that they’re twins. Hopefully they’ll have their stories straight on what their shared birthday is, unlike my sister and I who tell strangers we’re twins whilst inebriated and then each say our own birthday when inevitably someone doubts us. Be better than us, Reese.

This past Tuesday the boys of Timeflies tackled some Emmy-winning T.Swizzle and it would be wrong of me not to include the 1989 cover in my weekly roundup. (Especially since Taylor Part 1 was featured on my Top Notch Timeflies Tuesday blog) Feel free to get loose to it this weekend–I know I will as I move for the 100th time in the past three years.

When Tay gave us the Blank Space video, it was so over the top that it needed a full blog dedicated to her spectacle of outfit changes. Wildest Dreams deserves it’s own blog because of the perfection that is Scott Eastwood…and also how cocky it is for Taylor Swift to cast this hot piece of ass for a song about a love affair that the guy will never forget. What a minx. Let’s dive in.

In old timey Africa, Taylor is a dark haired raven. I’m not really into it HOWEVER it’s still better than her hair in the I knew you were trouble video.

Her hair may be blah but her cat eye, as always is perfection. I can’t decide if I’m more jelly of that or this…

This is her leading man and it literally baffles me that this is the son of crusty old Clint Eastwood. Until I google young Clint Eastwood and then WHOA. Mind blown. 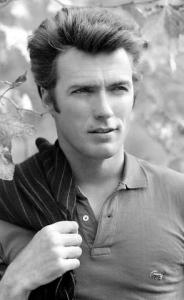 Anyway, back to the main event:

We’re like 5 seconds into the video and they’re already playing tonsil hockey. The true reason why Tay cast Scott for this vid.

HER FOOT POPPED. IT WAS A FOOT-POPPING KISS.

Easily her best fashion moment in this video also what’s up, giraffe?

This is getting good now.

Then it gets bad because Tay goes Blank Space on him for a beat. YIKES.

Scott uses his strong legs to kick a chair. A little bit of drool falls out of my mouth unexpectedly.

Quick recovery with a safari flying date. Taylor looks like she smells of mothballs. My nana used to wear that head scarf to Sunday services. Jus sayin.

Gonna need for them to never cover Scott’s face like this ever again.

Then he tosses her around like she weighs the same as a newborn baby. Muscles ❤

Then she’s basically naked. No seriously, did she think this outfit would slide under my radar? I see buttcheek.

More, more, more! What is this The Notebook? (I don’t hate it.) I bet she was like but what if we add a little rain? Wouldn’t that be cool? And then maybe I’ll just mount Scott right during a rainstorm.

But then the joke’s over because this was all in front of a green screen with some hideous costumes. Khaki trousers will never be flattering, folks.

Bad boy 4 lyfe Scott smokes inside and thinks about the next co-star he’s going to bang. (Spoiler alert: it’s me.) He’s so bad but he does it so well.

Suddenly this is a story about a girl named Lucky.

JK Scott’s actually married to a tramp and Taylor’s all remember when we mated amongst the zebras and lions?

But actually, when does this full length feature film come out? BECAUSE I AM ALL IN. 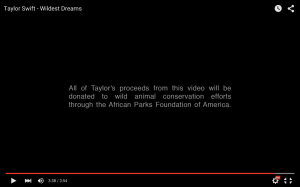 Not to deter from the new hotness of loving wild animals but how exactly do music videos make proceeds? Just wondering.

Anyway, all around great video, Tay. Holding out hope there will be more of this in the feature: