Since the AMA’s were surprisingly dece, here’s a quick 5 point highlight reel of the show–a conversational piece for your Monday morning at work. (If you happen to work with teenagers.)

1. I’ve had enough visuals to last a lifetime from the song Side to Side.

I get that Ariana is 23 and old enough to be singing about sex but she still looks like she’s 12 and frankly it gives me all of the uncomfies to watch her simulate this onstage. After this performance and grinding line I was waiting for someone’s bracelet to get snipped and for them to get tossed from the stage ala high school dance grinding rules. Pat on the back that my bracelet was never cut because chaperones can’t get to you if you’re in the middle of the mosh, so HA.

2. Chainsmoker #2 really embracing being the dad of the group. 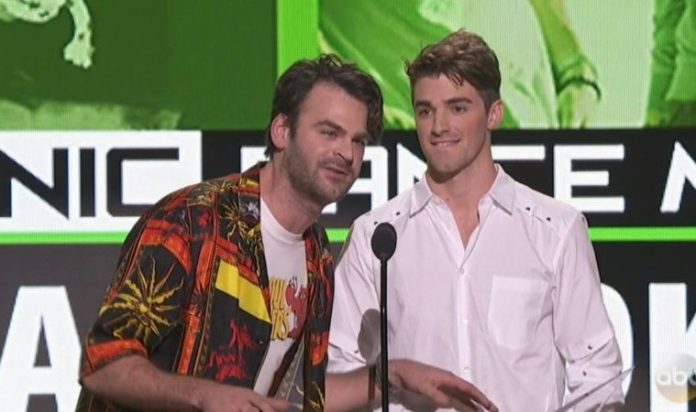 It sucks to not be the hot one but respect to #2 for driving that point home with his Guy Fieri sunburst shirt and also having a complete stroke onstage while accepting their award. YIKES.

OMG they both did Apple Music commercials with each other’s songs in it, THEY’RE TOTALLY DATING. But seriously, this would’ve been funnier if it was a slow song like All Too Well. Either way, I can appreciate it and also the fact that Meek Mill has been buried for like a solid year and Drake is still stomping on his grave every chance he gets. The last minute “WATCH HOW YOU SPEAK ON MY NAME” was killer. Would’ve been more killer with a camera pan to Nicki Minaj.

Without our girl to sway and toss those seaweed arms into the air, I noticed that we got a lot of glances at random pre-teens singing along and middle aged men dancing like no one was watching. We were all watching. My first piece of advice to anyone in a crowd where there might be a camera ever, is if you’re not 100% confident you have the right words, do not sing. Sure this girl wide mouth singing a bunch of random words made me laugh out loud but also now it’s caught on camera forever and I spent about 20 minutes this morning making a gif of it. (This also made me late for work…priorities.) Selena also stepped into the spotlight for a much-needed Sting clap break. Because Message in a Bottle NEVER gets old.

Selena Gomez is all of Us watching Sting on the #AMAs 👏 pic.twitter.com/r6KM4bQhuh

5a. DO NOT go to a Justin Bieber concert unless you need a good cry.

Bieber has dudes in the crowd crying for him. 🍌🍌🍌 pic.twitter.com/iwyydLdjWf

Holy crap, Beliebers. IT WAS AN UPBEAT SONG. Stop the tears! Gonna be honest, Let Me Love You is one of the few JB songs that I can get down with  and these sobbing little bitches really killed my vibe. Maybe they’re crying because Justin yelled at them all again for screaming during his concert? That’s the only explanation.

5b. What is this microphone. 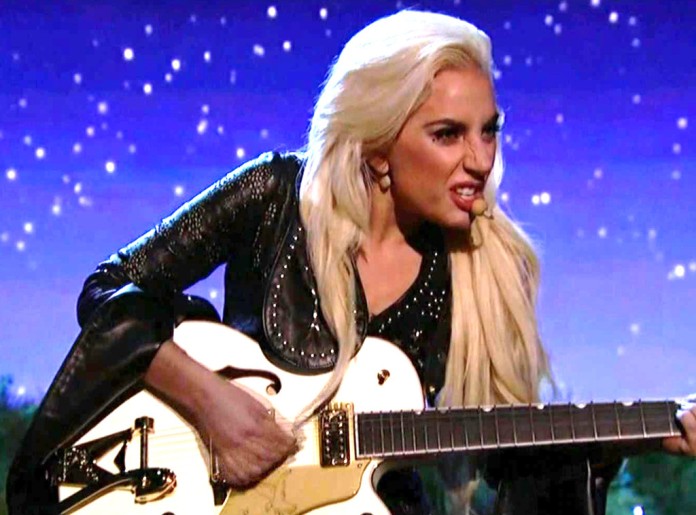 I know that I said I would only list five things but I lied because I want to yap about the fact that Lady Gaga had a totes emotional slow song performance but all I could focus on was the fact that this MASSIVE headset’s mic was basically inside of her throat as she sang. Since I work in the biz (barely) I know that there are much more discreet mics that still pick up the same amount of sound so choosing this one for a televised awards show is a real weird move. Was anticipating a mid-high note choke but she made it through like a champ.

BONUS: The fact that I specifically googled both Shawn and Niall’s ages before adding this in for a little BTS swoon sesh says everything about how much of a creep I am. For the record, Shawn is 18 and Niall is 23 so IT’S TOTALLY FINE TO BE ATTRACTED TO THIS, GIRLS.