“Think about your thoughts before you say them.”

Welcome to Chad’s long-awaited return. Also welcome to a Salty Ju who endulged in Happy Hour on an empty tummy. If we’re being honest, last night’s show was more of a hot mess than me being semi-drunk alone on my couch. And that’s saying something. Let’s get right to it.

The cast of characters is the usual, Derek, Alex, Vinny, St. Nick, James (et. al.), Wells, Damn Daniel, Ali (?), Chase, Luke…then things start to get real ridiculous. We’ve got the Bachelor superfan (don’t know his name), the Asian with a kilt who referenced his dick size on night one and immediately was sent home, and Brandon—the “hipster.” Except, what’s that? Brandon took a pair of kitchen shears to his mullet and now that he has short hair, CAN WE STILL CALL HIM A HIPSTER? That’s what should’ve been the debate of the night. He midas whale be going for the full Jordan Rodgers at this point. That’s SO anti-hipster. Kind of like a Jersey barber getting ROASTED on twitter for his horizontal forehead hairdo and trying to grow out the flop for his next televised appearance. Did he eat Rogaine at the same pace that Chad guzzles ‘roids once he saw the feedback on his head?

The best part about this was that 90% through the show, Vinny’s like, “Hey JoJo, you like my flow?” Uhhhh WE NOTICED, VINNY. Anyway, we’ll get back to the Mama’s boy later but first, Evan would like to kick off the show by talking about how stunned by JoJo’s beauty he was on night one. All he could say was “God bless America.” Well, that and, who’s paying for my ripped shirt that was provided by production? SERIOUSLY who’s paying?!

JK he didn’t bring up the cotton tee yet, but there was chitchat about the the Chad vs. Alex vs. Derek conflict, which apparently comes down to everyone being soldiers. I’m not sure why we need to drag America into this but I don’t think it appreciates being a part of this narrative. Wells calls Alex an American hero who only knows how to fight. Luke speaks up like a diplomat and is all, I was in the army as well, and everyone deals with it differently. For instance, Luke dealt with war by becoming a sexy but respectful cowboy. Naturally all conversation directs back to Chad and how even though he also is a vet, he’s just a plain asshole. Guess the soldier argument doesn’t really hold up now, does it? Thank you for your input, Wells. May I remind you that you had the “never been kissed” storyline this season. 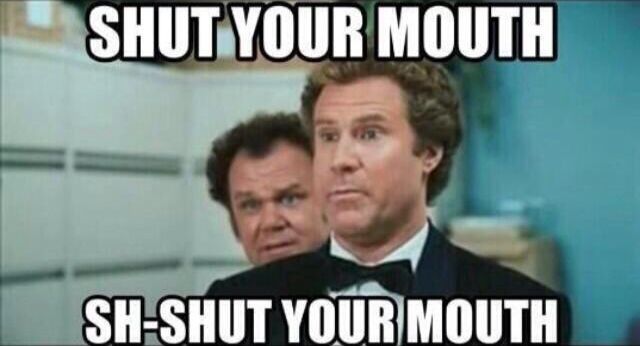 ABC brings Chad in like the villain in the wild west, complete with whistling. DON’T RUIN THIS FOR ME. Chad is quite literally the only thing I have left to grasp onto this season. As they play his season highlight reel, Chad giggles non-stop. It’s his boy-like wonder and glee as he watches himself yell about tossing torsos in the pool that makes me feel alive. Then he opens his mouth. And it gets 10x better. He uses a biddy voice to make fun of all the contestants for coming in like, “I just wanna know more about JoJo” and fires at any bro with a rebuttal that he has dirt on them. But really though… THAT’S ON THEM. Don’t speak up unless you want Chad to dig your grave and that’s preetttyyy obvious. Speaking of dirt, Chad’s been hangin and bangin with both Robby and Grant’s ex girlfriends since he’s left the show. He started talking to these chicks to prove that not all Bachelorette contestants are d-bags. This in itself is a phenomenal idea for a new show. Dating the girls left behind. I’d like Quinn King and Rachel Goldberg to produce it, stat. Chet can be involved too, if he really wants. No but actually. I need to see a live feed of Chad juggling Hope and Jen as he convinces each chick that every one of their dates needs to be ‘grammed so they can tag their ex-boyfriends. Sex tapes pending. Propsicles to Chris Harrison for asking if Chad’s been “intimate” with these women though. Dude. Where’s this forward line of questioning after the Fantasy Suites?!

St. Nick/the man who coined “Jo Jo Jo” in a santa suit/the guy who did this:

has had enough. He’d like to spar with Chad in the middle of the soundstage. Chad doesn’t want to because they’re both wearing dress shoes and that would be a slippery mess. Don’t be an idiot, Santa. St. Nick promptly returns to the North Pole to tell the elves to invent non-stick dress shoes for his next MMA opp with Chad. Then Derek tries to speak up but his pocket square doesn’t even match his shirt so his opinion is irrelevant. Also side note: every person on this planet except me caught you bustin out those buttons, Der. Double also: they didn’t even make Derek watch himself sob in Argentina and I’m still pretty mad about it.

Now it’s time for Chad vs Evan and a literal play by play of the shirt tear heard round the world. Evan claims he’s shaking everyone’s hands but he actually was pushing Chad, which provoked a real rip of that tee. And justice is served. Take that gofundme down because Evan doesn’t DESERVE to get a new t-shirt. I mean, THE NERVE.

Luke still loves JoJo and says that his pain making JoJo happy is all worth it. Yeah he’s a shoe-in for the next Bachelor. Chris Harrison brings up Luke’s military times and losing his close friends. Thanks for that downer, Chris, ya dick. On the up side, Luke is single and ready to mingle currently…with 28 new ladies. WINK WINK. As if that wasn’t obvious enough, Chris takes it further by saying, “It seems like you’re ready to love again.” WOW Chris, way to be discreet about it. Should’ve just had him sign the Bachelor contract on-air if you were going to drive the point home that much. On the flip side, Chase doesn’t regret saying I love you, cause JoJo taught him how to say feelings. Also quick reminder: he didn’t get any booty. 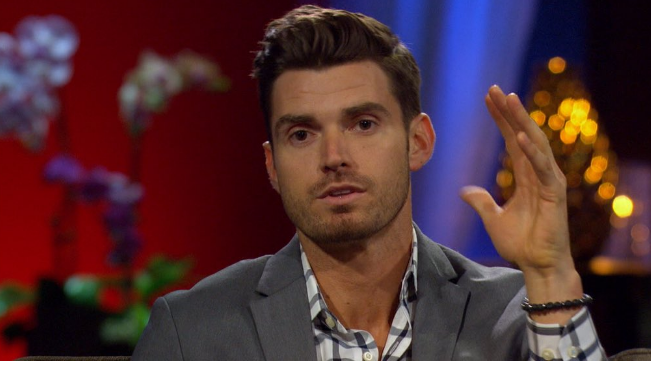 Both men present an excellent case when JoJo comes out as they slobber all over her and thank her for the experience. Luke thanks JoJo for letting him love her. (Hearts flutter, vagina’s sigh.) Chase wants to know why he got a fantasy suite card just to get dumped. Ok, Nick Viall. He also adds that he’s thankful and JoJo shouldn’t feel guilty about how they ended things. Hey Chase, no hard feelsies, but it’s no competition. But seriously, no hard feelsies because producers making you watch that breakup back live is BRUTAL.

JoJo looks like a complete smokeshow and I’m pretty positive she was paid to give a shout out to kilt boy as she walked onto the stage. That’s literally the only reason he is present.

Chad takes his time to remind JoJo that her bottom two consist of a guy who dumped his girlfriend a week before the show and a guy whose famous QB brother doesn’t speak to him. Both valid points. In fact, I’m wondering if Chad ripped this directly from my recap last night. JoJo refuses to respond because Chad thrives off of backlash. Not our fault girl is blinded by the truth. A bunch of other guys including lil Al suck JoJo’s nip with compliments and Chad just grins ear to ear in the corner. We get it, you all love JoJo and want to extend your reality TV careers for as long as possible. Joke’s on you because Chad will probably be on TV for the next ten years. That’s not me talking, that’s this grand country of ours that puts batshit crazies on an island to bang each other every summer for Bachelor in Paradise.

In a last ditch bit, Vinny’s motha emerges from the crowd to scold JoJo. This is a woman straight out of Mob Wives, a blonde Big Ange, (may she rest in peace) if you will.

Dripping in a choker and her Jersey accent, Mama Vinny tells JoJo that she made a mistake and her son is the greatest gift to this earth. JoJo says Vinny was her BFF in the house. What every man wants to hear.

The grand finale is some bloopers of JoJo swatting bugs away. SoOoO interesting. Then finally, it shows JoJo hysterically crying and trying to get a dog to say hello to her. The dog keeps walking. I can’t emphasize this enough when I say that this is every single interaction I’ve ever had with a dog. I immediately run to pet every dog I’ve ever seen/snuggle them and they run as fast as they can away from me. WHATEVER DOGZ. I just want to love you. Is this a metaphor for JoJo’s love life? I GUESS WE’LL NEVER KNOW. Just kidding, tune in next week for the 100 hour finale where she pretends she can’t make a decision but somehow she picks Jordan. Did I spoil it? No, no I did not because I can’t live in a world where Robby wins this.