This week’s episode starts out with Chris in Santa Fe staring up at a sky full of hot air balloons wondering how a balloon could float in the air AND hold a person. He’s lost in trying to fathom the meaning of the world as the girls find out that they’ll be visiting him in New Mexico for some dates. They all immediately Google if this is an area of Mexico that’s newer, and get their passports ready for a flight two states over. Shh, if we feed them Mexican food they won’t know the difference.

Hey Chris, the balloons are that way…ohh nevermind.

Carly wins the one on one date—she looks surprised, mostly because her eyebrows are frozen like that. They have a date with a love guru who looks like one of the Egyptian vampires who came to Forks to help the Cullen’s fight the Volturi in Twilight: Breaking Dawn Part 2. She pumps a lot of smoke into the room that I can only presume smells like the incense they swing around church on Easter and they’re both told to chant. Chris has a higher pitched voice than Carly and he should probably go into hiding now because that’s so embarrassing. But no, that’s not even the humiliating part of this date. It gets worse when they’re asked to feel each other up and then strip in front of the lady wearing a tube top and a scarf. These two prudes get real uncomfy undressing and smearing chocolate on each other (I can’t understand why) and opt for talking about their feelings instead. Oh and Carly sits on his lap, flattens his boner and they breathe into each other’s mouths Darth Vader style. Seriously, Chris I think you have a deviated septum, stop snarling while you breathe. They rape each other’s mouths after this breathing exercise and mushroom cut guru stares on from a mere inch away. 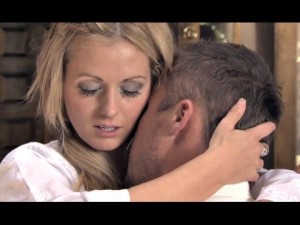 I understand the date name now.

Later on, Carly admits next to a crackling fire that her last boyfriend thought she was disgusting and wouldn’t touch her. She talks about how insecure she is about being an ugly woman who guys don’t want to sex. Chris reassures her by telling her she’s cool and smart like he’s signing her yearbook in 8th grade. She gets a rose and admits this is the first reciprocate relationship she’s had in a while and I hate to be the one to remind her that he’s also dating 10 other women.

They all go white water rafting and Jade gets tossed from the raft and of course she also happens to have a condition that gives her hypothermia in normal temperatures so she gets a personal foot rub to warm up from Chris. Kelsey turns into the green-eyed monster and begins her swan dive off the deep end that will culminate in a staged panic attack at the end of this episode. Stay Tuned.

Hey everyone remember Jordan? She always had an IV of wine hooked up and she twerked on the bathroom wall then demanded Chris kiss her before he finally did, when he kissed her goodbye. Jordan makes a triumphant return asking for a sober second chance but also sneaking in the confession that she definitely has a drinking problem. Chris brings Jordan to the group date and Becca genuinely looks like Chris has just walked in with a yeti on his arm. The rest of the date is spent assembling a verdict for letting Jordan stay or not. Chris interviews the girls like they’re part of a jury to vote Boozy off the island. Jordan feels uncomfortable because all the girls obviously hate her for stealing their time; she goes to the bathroom for just long enough that I’m concerned she’s found the bar instead. Everyone tells Chris that it’s his decision but with their eyes they say that his decision should be to send Jordan home. Sack up and learn how to say no, Chris.

Finally after ruining the group date, he takes Jordan aside and tells her to kick rocks. She has a dramatic goodbye with the girls who just talked shit about her and she hugs every girl. Kelsey brings her in tight, pets her hair and whispers, “I’ll always admire you,” as she snips a lock of Jordan’s hair to add to her potion later. Whitney gets the rose for being there for the “right reasons.” KardASHLEY cries about it because she hasn’t thrown a tantrum yet this episode. Later she bitches to Mackenzie, her soundboard about how Whitney is a fake asshole who hates her for no reason. Note: KardASHLEY is wearing a top as a dress, yet there’s no black censor box, apparently Jillian took it with her when she left.

“Sky’s The Limit” with Britt

Britt gets the date card and immediately bursts into tears not because Carly just told her to shower for once, but because she’s deathly afraid of heights. Chris wakes Britt up for their date at 430AM and he’s really impressed with how she looks in the morning, probably because she has a full face of makeup on, including red lipstick. Britt let’s leave it to Beyonce to wake up like this, k? Carly has to watch them make out and is pezzed at Britt, the dirty old sock on the suite floor. Britt and Chris take a sunrise hot air balloon ride and Britt shows absolutely no fear of heights. Hmm…Could she be bi-curious AND dramatic? 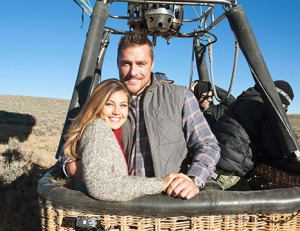 Chris takes her back to his hotel room where Britt tells Chris that she wants 100 kids. Apparently Chris is into saggy vaginas that drag on the ground because he gives her the rose. They have some sloppy kisses and Chris shows her what’s behind door #3. Hint: it’s his penis. Back at the Mexican house, the ladies eat taquitos and talk shit about Britt and how she showers once a year and told them she doesn’t want to get married or have kids. They all agree Britt is a hoebag and also a fleabag. Later, Britt recaps for the girls and confirms their fears, “we ordered room service and took a nap.” That’s what the kids are calling hide the snake these days? Ok, Britt. And just because I feel like I’m stingy with the compliments, I’ll add that Britt’s hair was ON POINT for this date, clean or full of bugs, it didn’t matter because her glossy mane got her a one way ticket to Poundtown.

Kelsey hears about this “nap” and it lights a fire under her sensible shoes. After revealing to KardASHLEY and her minion (Mackenzie) the story of her husband dying earlier in the episode, Kelsey feels like she must tell Chris before the rose ceremony. She surprises Chris in his hotel room. Kelsey tells the tale of Sanderson Poe, her husband and also the character from a 1950’s story. She shows some emotion when telling it this time around (as opposed to, “SHIT HAPPENS HAHA” earlier with the girls.) The story now has a happy ending, because Kelsey gets her first kiss from Chris. Kelsey thanks her dead husband, who is probably watching over her with a monocle, for guaranteeing her pity rose and smooch. Also would we put it past Kelsey to murder someone? Just throwing it out there, but it will quickly be redacted if Kelsey ever reads this, for my own safety of course. 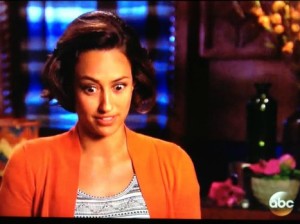 Chris tries to give a pre-rose speech about his emotional talk with Kelsey. GODDAMNIT, CHRIS PULL IT TOGETHER. Britt strokes Kelsey’s arm as she reveals how she snuck into Chris’s room to honor Sanderson, the greatest detective in Winston County. Kelsey turns on the tears to distract the dumbos around her from what she’s actually saying, which is that her husband died, Chris will obviously keep her around and she’ll cut a bitch that gets in her way.

Chris wah wahs to C.Harrison and wants to skip the social because he already knows whom he wants to cut loose. The girls are informed that they’ll be skipping right to the delete portion of the night and Kelsey announces that she doesn’t even want to do a rose ceremony because apparently she’s nervous Chris might’ve found her witches potion in her room that will trick him into marrying her. RIGHT after this little comment, Kelsey disappears and wouldn’t you know she has a very loud and aggress panic attack on the floor of the hallway. Is it too late for a last minute Oscar nom? I’ll find out. TO BE CONTINUED.

“The hats & sombreros that they wear in Mexico, I don’t know if they wear that in New Mexico. I’m excited, I’ve never been out of the country” -Helmet Megan showing the damage her brain suffered courtesy of Chris’s brick wall. She also dons a sombrero at the end to show everyone that she’s racist. Indians and Mexicans are the same HAHA it’s FUNNY cause I’m wearing a BIG HAT.

“I just don’t think that you like her.”-Mackenzie trying to rationalize the babble that’s dribbling from KardASHLEY’s perfect red pout about Whitney being fake.

“Isn’t my story amazing? It’s tragic, but it’s amazing.”-Kelsey reciting a line from her future Lifetime movie about the murder of Chris Soules.

“This is harder than I thought it’d be.”-Chris crying about dating multiple women every single week.

“Now it’s just a big comparison game of sad stories.” –KardASHLEY summing up the plot of The Bachelor in one sentence. Who has a more depressing story? You’re CAST in this season of The Bachelor. Please inappropriately share it on national TV. Sorry that you’re only a virgin, KardASHLEY. Dem’s the pits.

Tune in next week to see an ambulance arrive and Kelsey pop up from the floor to admit she was just practicing a scene from Gone with the Wind. KardASHLEY cries some more and will we EVER find out who the hell Samantha is? Seriously, is this common for someone who’s never spoken to be kept around for this many weeks? Feel free to chime in on that.