I heard whispers of the CMA’s coming up mostly via Instagram but unfortunately I’ve returned to the poor person’s land of no cable and I shoved these murmurs to the side as I didn’t want to face the facts that I couldn’t afford to watch an awards show. It didn’t help that my sister rubbed it in by choosing to watch her first awards show in a year and text me to see if I was also watching. NO I’M NOT NIKKI BECAUSE IT’S NOT ON NETFLIX, GAWD. Anyway, color me surprised when I scooted over to People.com and saw that not only was there a red carpet but it was populated enough for me to RAZZ HOARD on the chosen looks. It’s been a MINUTE since I could do a best and worst dressed. I’m so #grateful that Nashville has decided the pandemic is over and brought awards szn back. So even though I couldn’t watch, I sure as shit can Joan Rivers this hoedown! LET’Z GO.

First thing’s first, OBVIOUSLY Maren looks great post-baby. That doesn’t change the fact that I hate this lingerie look. And then hubby comes in wearing a literal karate black belt. It’s a no for me, dawgs.

Realistically I’m not sure there’s much that you can do to make a very large colored eagle chest tat red carpet ready. But this bright blue number that matches the backdrop wasn’t it. 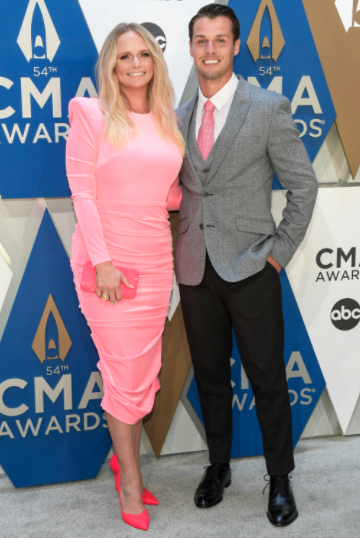 Is Miranda’s huz the most whipped person on this earth? I mean he literally quit his job as a police officer to live inside Miranda’s b-hole and star in her music videos/instagram drool sessions and now he’s gotta coordinate with her Think Pink theme. I love a pop of color but this mismatched version plus the 80’s shoulders and cinching didn’t cut it.

Change it up, Aldean. Am I being kinda harsh? Yeah. Get over it. Let’s see something other than 90’s era jeans with a chain, loafer boots, graphic tee and cowboy hat. SPICE IT UP. 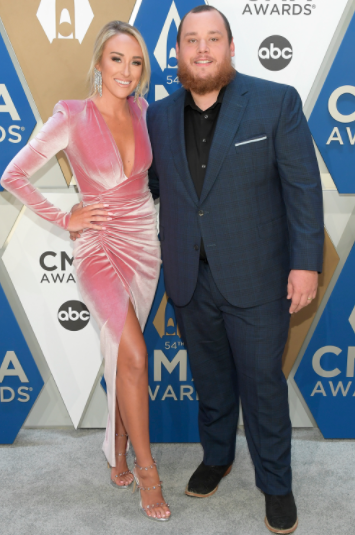 I cannot stand velvet/velour and for that very finicky reason I cannot toss this duo on the best dressed. Luke looks good but wifey looks like she’s wearing the latest Juicy sweatsuit with heels.

I think what’s probably the most offensive about this poop suit is that he tossed black into the mix as well. If you’re going to go full turd why ALSO sprinkle in black because EVERYONE KNOWS brown and black don’t match. #bracking.

I’m probably going to start sounding like a broken record but I like this color and hate the style. It’s like a corporate outfit and I feel like she could’ve done better than a button down like she’s there to give a sales presentation.

Honestly if this awards show were in Vegas like one of the 600 country shows is, I probably would’ve let this getup slide. But it’s not. You’re in Nashville and therefore wearing this showgirl hot red feathery dress with rhinestone heels is tacky AF. Obviously goes without saying that the rose decal jacket also falls in that category.

Dierks is letting the locks grow and I don’t LOVE it. Also he’s dressed to grab a beer at the bar.

Kinda want Osborne on the left’s grey boots (holla atcha gurl) but in lieu of calling out Dierks for being too casj, I gotta do the same with these boys. You’re not hitting up a bonfire, step up your game.

I wish this were a frontsies shot but I can tell from this angled glimpse that there’s weird shit going on with this lady tux. Seems like a nip slip waiting to happen and is she also wearing a karate belt? Is this a thing now? LMK. 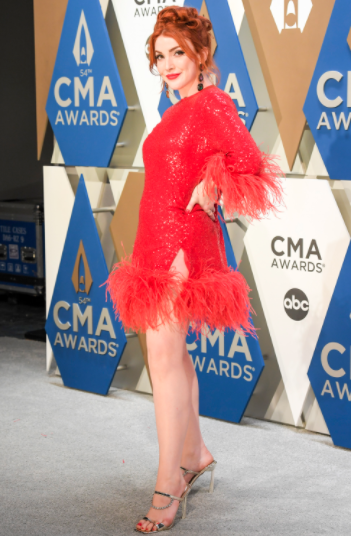 Did Caylee and Jon Pardi’s wife get dressed in the same back alley? This is EXTRA aggressive because she’s also a ginge so that’s really a lot of red for one set of eyes to take in.

What are you at the Oscars? I get that you’re the host but whoa buddy this is stiff as hell. I realize the conundrum I face by criticizing those who underdress AS WELL AS those who overdress but really it’s my blog and you can’t tell me what to do. I’ve never seen a more snoozy tux.

I have questions about why he’s even at the CMA’s but the biggest question of all is what the hell is happening here? It’s the matching ivory, feathered crop top blazer, man turtle neck & chunky black non-slip sneaks for ME. God just typing out those deets made me choke back voms. What were we going for here? 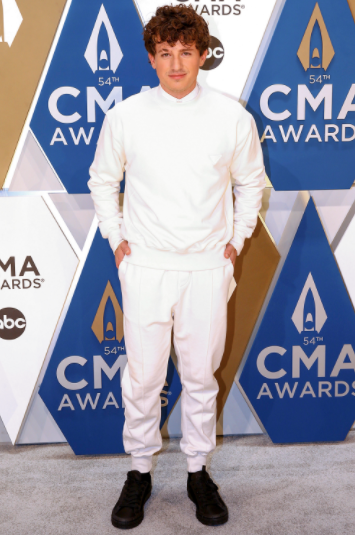 Oh great! Is this a trend?! Am I too old to know that whoutfits with black kicks are fashionable now? Guess what I don’t care. It’s horrific. Cut the shit. I wouldn’t even wear this in the privacy of my own home and I went outside in my pajamas this morning so you KNOW I don’t have fashion standards. 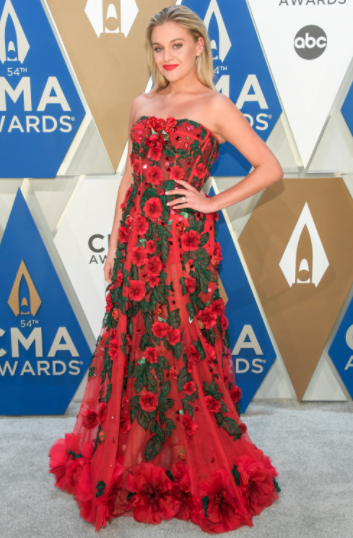 THIS is how you red without going full-blown Rockette.  Feathers are not necessary to make a dramatic statement.

Very classy. A little boring, but the pattern adds some pizazz. (Also ironically, the feathers are necessary here. But they are tasteful.)

I had my first Iced Peppermint Mocha (shoutout Dunks) of the season today which I like to refer to as Christmas in a Cup and while the candy cane caffeine is still coursing through my veins I’m all about this festive look. CHRISTMAS GLAM! 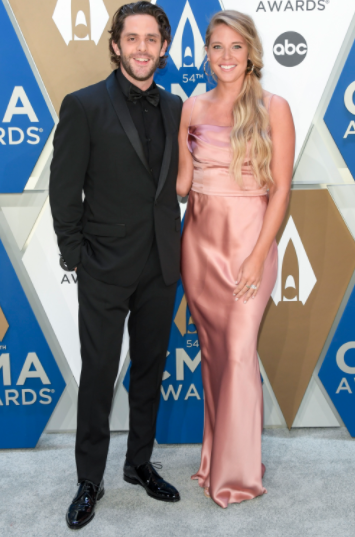 I’ve seen TR look better. Lauren looks like a babe soda as always. I’m seeing a trend in the pink game this evening.

Damn GET IT GURL, those curves don’t QUIT.

A part of me will always miss Jake Owen’s lettuce and the barefoot blue jean night vibe that went with it… but I guess he cleans up nice too. His gal pal is basically wearing a wedding gown. Now that I take a second look this easily could pass as a wedding photo. I wonder if they had a Joe Jonas/Sophie Turner post awards show quickie marriage planned. Guess we’ll only find out if Diplo is there to livestream it.

The two endcaps are all black lamewads but the middle three are killin the game. (Seriously, is the guy on the right wearing vans?) Anyway, shout out to that maroon jacket.

Reba debuts her new man candy (candy is a very liberal term but you get the point) and this glitzy cape all in one night!

LAAAHHHVVEEEEEE the color and style of this gown. Her husband looks like he’s wearing a cowboy halloween costume.

Right side STRONG in this group photo. All in on the eggplant suit & glitzy mini.

Tip to all the gents, always go with a patterned suit. Keeps it zesty but doesn’t need to be loud.

My favorite joint look of the evening. The sparkly grey gown pops and caters perfectly to her bangerang stems and Mike is wearing a coordinated but not TOO matchy matchy tie (take notes, Miranda & husb.) 10/10.