For the first time since 2016, I felt like I was familiar with enough singers & performances to endure the MTV VMA’s. And although they tried to dub themselves music’s biggest night, I wasn’t terribly disappointed! Am I getting cooler or is MTV just catering to my age demographic now? It’s the latter, obviously. There was a BO$$ performance from Missy Misdemeanor Elliott with a cameo from Alyson Stoner (her OG dancer) that brought the house down. Also featured: Taylor Swift, Jonas Brothers, Shawn Mendes & Camila Cabello NOT kissing but definitely creating some boner jams, Miley Cyrus and my queen Lizzo serving up some real talk. So, yes, this was an awards show for those above 25 and I accept. Here’s my breakdown of how everyone looked.

I get that her hit song is sweet but a psycho but like do we really need to dress like it’s a comic con event to hammer it home?

I DON’T UNDERSTAND TRENDS. THIS IS A WOMEN’S SUIT STRAIGHT FROM 1982. HE WON A FASHION AWARD LAST NIGHT. HOW. 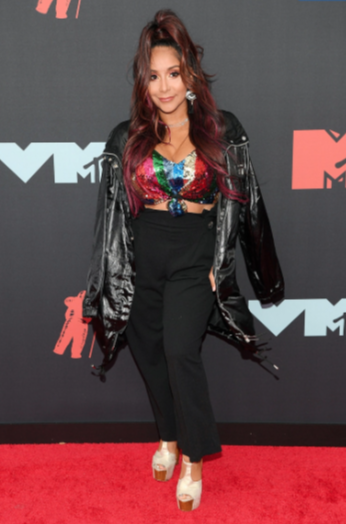 I’ve been dabbling in Snooki’s insta lately and even (gasp) browsed her online store and tbh I expected her to look a lot cuter. This weird rain coat with wedges combo didn’t hit for me.

DJ Khaled’s style is dad at Señor Frogs and it makes me laugh out loud because WHAT A NERD. 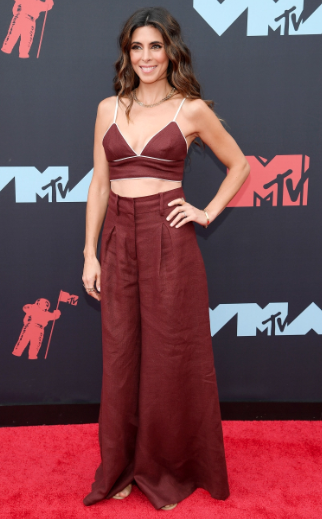 I’m having a real difficult time getting on board with gauchos again. They were in circa 2005, I bought 5 identical pairs of them including a sweatpants pair from AE (versatile) and now I look back at those pictures and scream laugh at how stupid they are. Please don’t bring them back. Put them away again. You should never have to question where someone’s legs/feet are.

What fresh hell are these shoes that look like they have teeth on them? 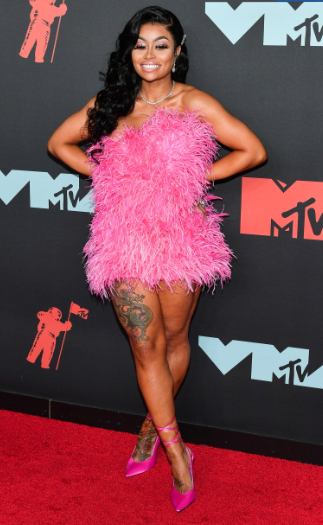 Sorry Bella but this is weird as hell. What happens if you pull the straps on the bottom? Does her whole outfit scrunch together like the living room shade that it most definitely is? God I need to know.

Holy SHIT Allison. What’s the point in even wearing the dress? 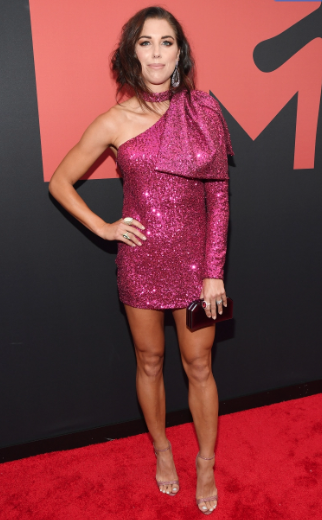 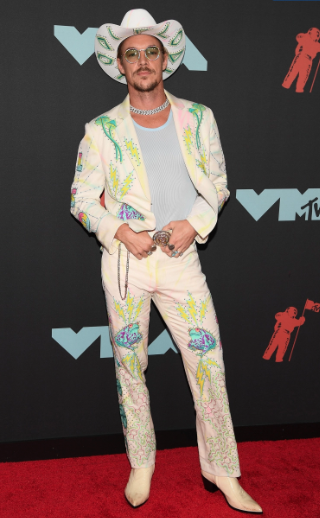 Just Diplo bein himself, forever on my worst dressed list. 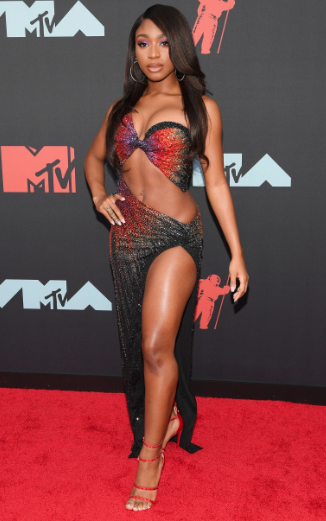 Great bod but ya’ll know how I feel about nearly nudes on the red carpet. 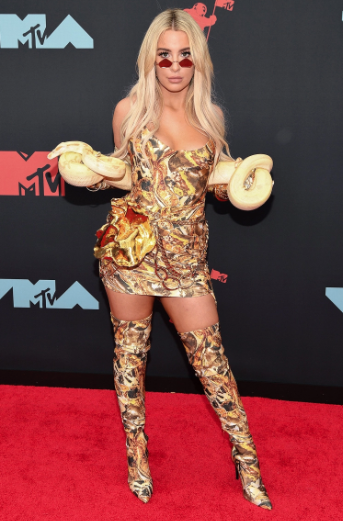 I get that we had a little throwback to the 2000’s night what with the Missy Elliott medley but by no means does that require a B. Spears snake copycat on the red carpet, LET ALONE TWO. 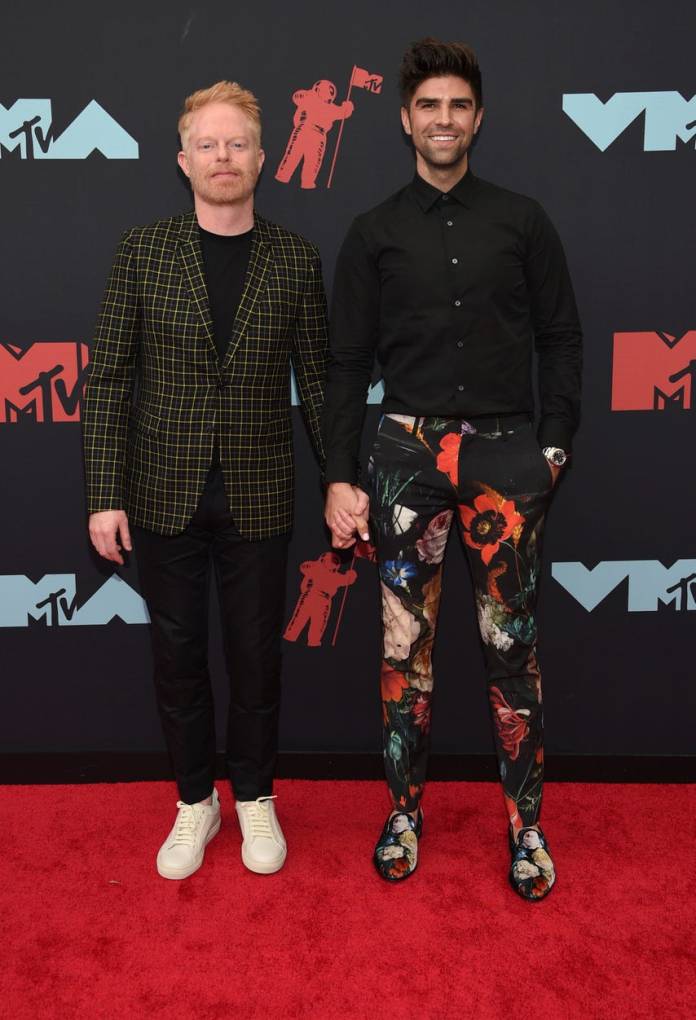 I recently saw Bebe Rexha live and she turned me into a fan just by wearing leggings and shaking her ass an IMPRESSIVE amount all over the stage. Girl gives good thigh and I’m here for it. 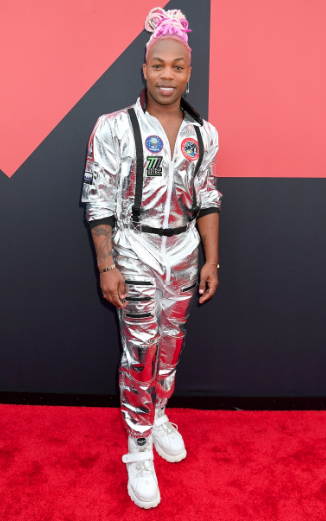 Best way to win a moonman? Dress like one. Respect.

Covered up that butterfly tattoo with a nice teal suit. 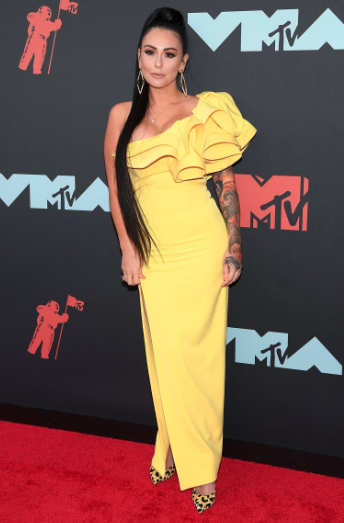 Never would’ve guessed J.Woww would be the classiest of the crew but she looks great. Living her best life without Roger. 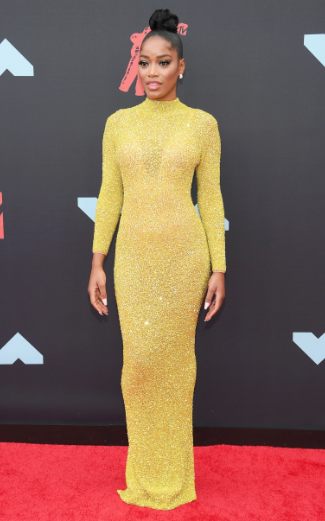 B2B yellow lewwwwkz. My favorite color of the moment. 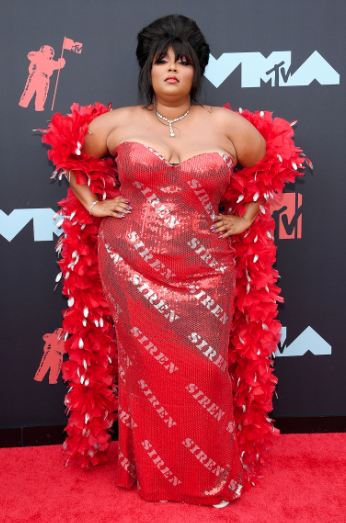 If you hate Lizzo and her cocky as shit persona then you have a big dump in your pants. 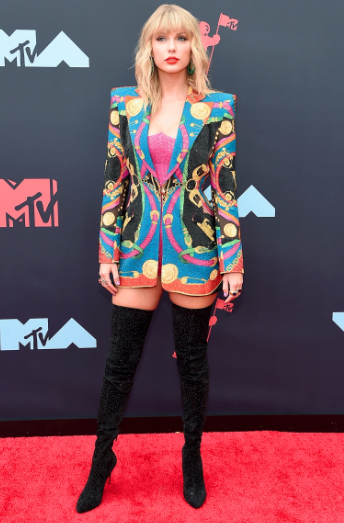 COLORS. BLAZER WITH NO PANTS. OVER THE KNEE BOOTS. REVERSE SWEETHEART NECKLINE. WHIMSY. Her performance outfit was better, tbh but this works too. 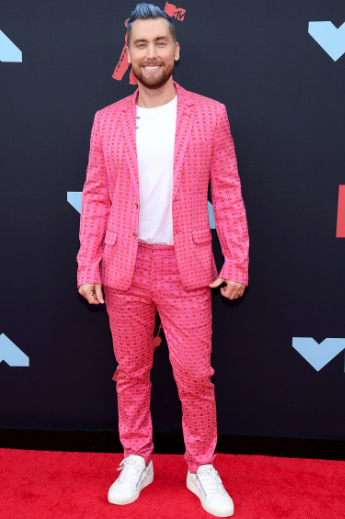 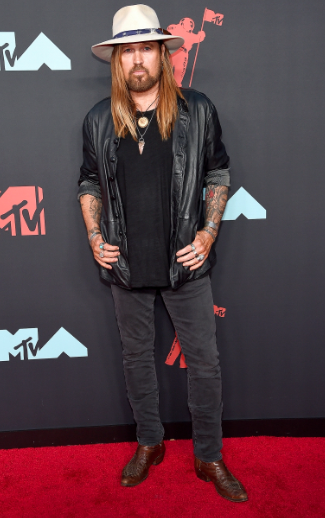 Outfit looks great, I’m really concerned about the fact that Gigi is a model and her go-to red carpet move is a gaping mouth. Is that what models do now? Should I start opening my mouth for pics? Trick question I already do.

Curveball–Lenny’s pulling OFF the Canadian tuxedo. 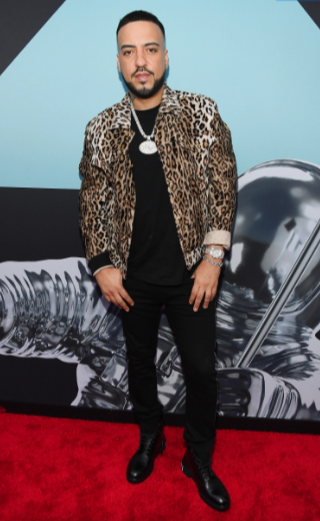 Gotta give all the props considering these three goobers wore emerald green, royal blue, and orange suits (respectively) on their stop in Albany last week and it looked like we were accidentally at a Wiggles concert. Keep it simple with greys and blacks, boys.

Love this move by Lil Nas X. Especially because he didn’t top it with a bejeweled cowboy hat.

TWINZZZZZZZIES. Literally. They’re wearing the exact same suit, one was the host of the show, one hosted the red carpet. Would be suuupes embarrassing if I didn’t LOVE a summer aqua. T wore it better. White sneaks awl day. 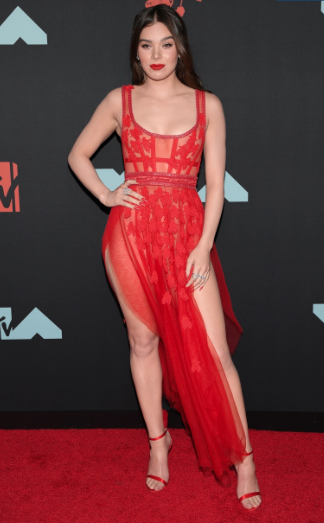 I don’t have words. Everything about this outfit is perfect.