It’s never a good sign when you see ads for the Grammys and the only performers you actually like are the host and Lady Gaga. The rest was a real disaster. As I once had to declare that I’m too old for the VMA’s, I guess I’ve now aged out of the Grammys too. Never thought I’d see the day. Never too old to get up all on that red carpet thooooo, so here we go.

Lotta ladies going wild with the textures tonight and I’m not down with this pink ‘splosion.

Cardi, or as my boyfriend lovingly refers to her as the seagull sounding buffoon, is clearly on this planet to raise eyebrows and make a scene. Job well done. But you look like an idiot. Also it’s laugh out loud funny that she wears a giant oyster costume and then opts for a nude strapless bra underneath. Just commit and go full seashell, Arielle style, or something equally as loud.

Charlie Puth may or may not flash us his goods in this trench coat full suit.

Heidi out here treating the red carpet like the VS Fashion Show.

A triangle on your bod and a square on your head.

Look no further than my roasting of Pharrell’s Elmer Fudd hat at the Grammys in 2014, or LL Cool J’s Kangol at every Grammys ever, to know that I hate a hat statement at an awards show. This is so ridiculous and stupid. I get it, you’re JLo, but no.

Holy Barf. This is like Anna Kendrick’s dress on steroids and with some silver boobs. What was the end goal with this dress? 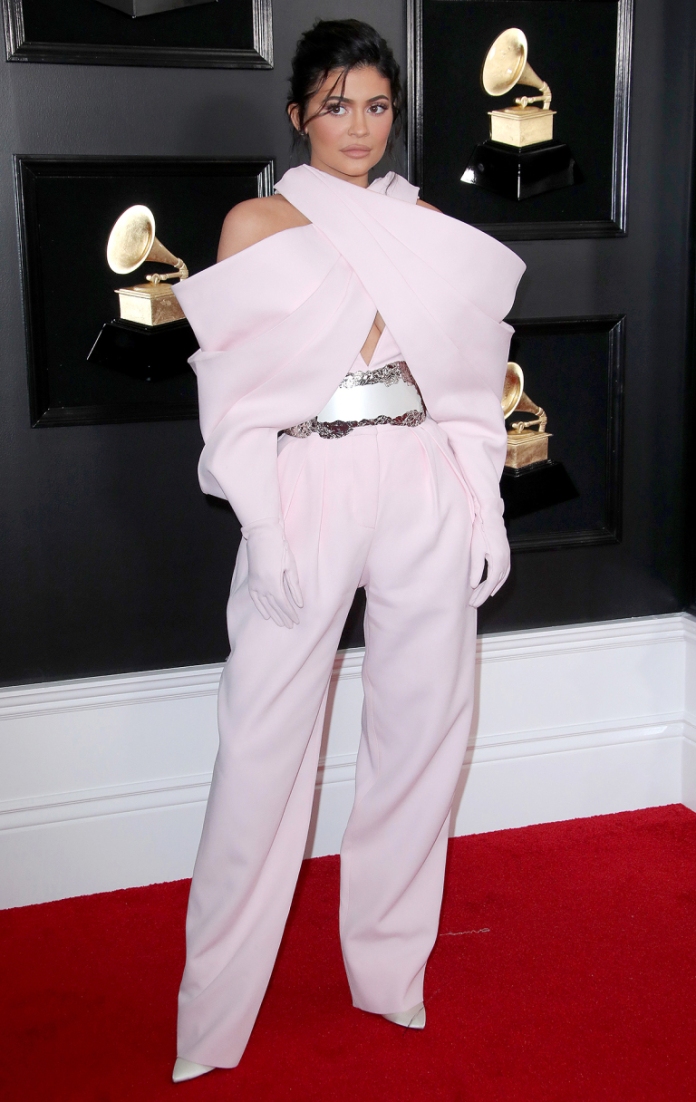 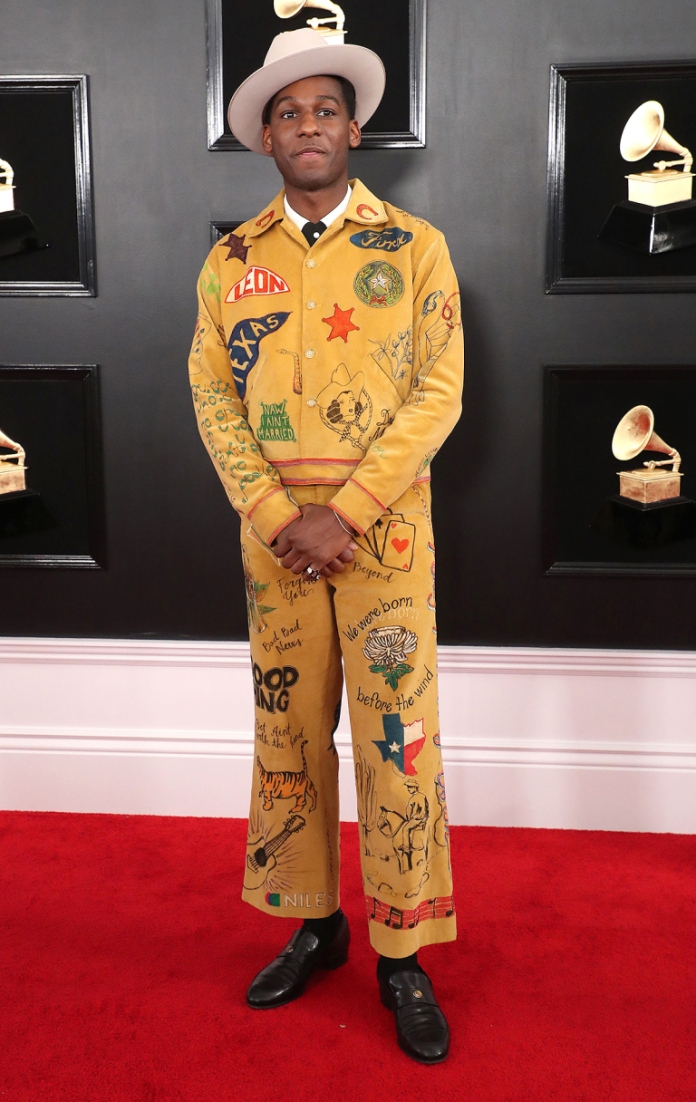 If this didn’t have a chest fan I’d like it, but it does, so here it lies. 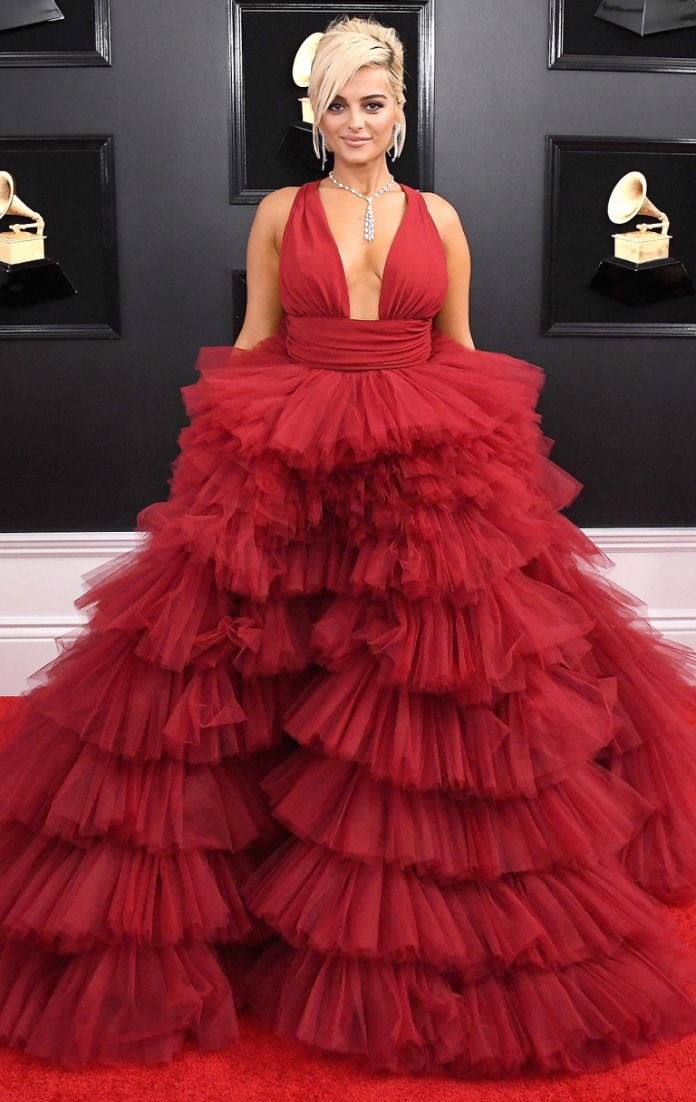 If you’re gonna make a big stink about how no one will dress you for the Grammys because you’re a size 8, which I find VERY hard to believe because if this is the case then why is Chrissy Metz on every G-D red carpet ever, then WHY would you choose the BIGGEST, WIDEST dress on this earth to prove your point? A size 8 isn’t big…if it is then call me obese…so just wear a bangin dress and show off your assets. Make the designers look dumb AF. Immersing yourself in taffeta was the wrong play here, Bebe. WRONG PLAY. 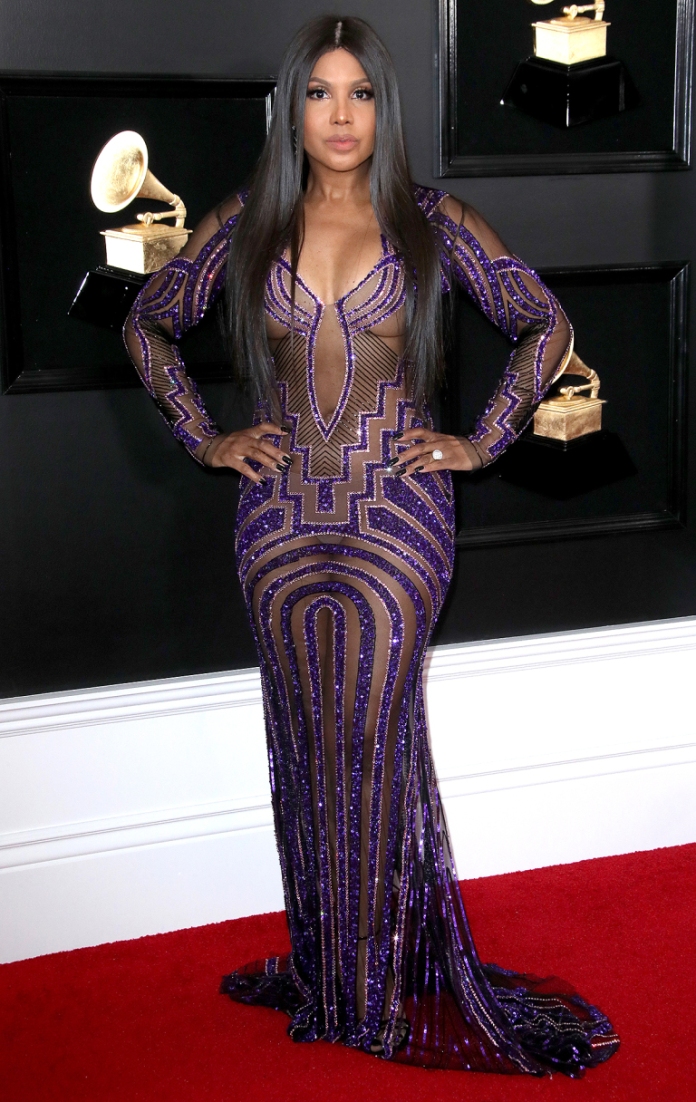 AT THIS POINT JUST WALK THE RED CARPET IN THE NUDE. TU, NEXT.

I like this dress for myself, so complete biased judgment here but she looks gr8.

I feel like Alicia Keys sneaks under the radar a lot but as I’m watching this show I’m remembering how she’s a total badass who can let it rip like nobody’s biz. She also has the most soothing voice on earth. AND she can play two pianos at once. What a baws. 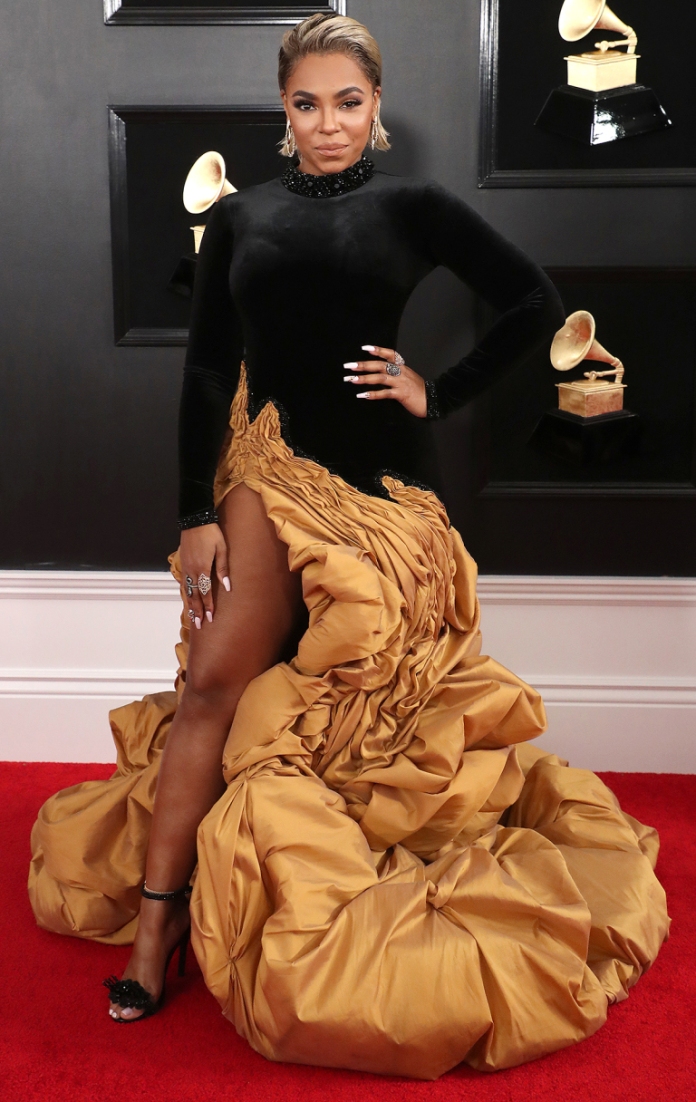 WHEN DID ASHANTI GET CLASSY?! Claps for you, boo. Don’t need to show the goods to get Ja’s attention. Just need a million dollar idea on Pablo Escobar’s island. ZING.

Y’all know how hard I’ve been vibin jumpsuits lately and this one has sparkles, so sold. 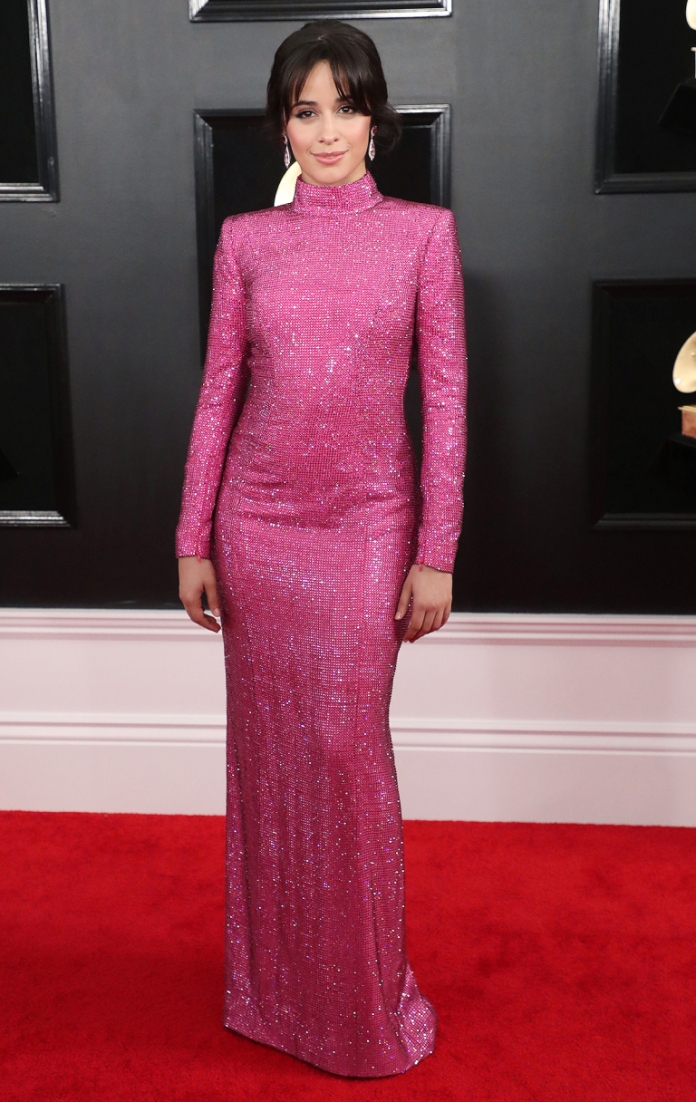 These two literally swapped hair dos and it makes me giggle a lot.

This is a pretty and tasteful way to do flesh tones. Red lip seals the deal, otherwise she’s head to toe one color basically. 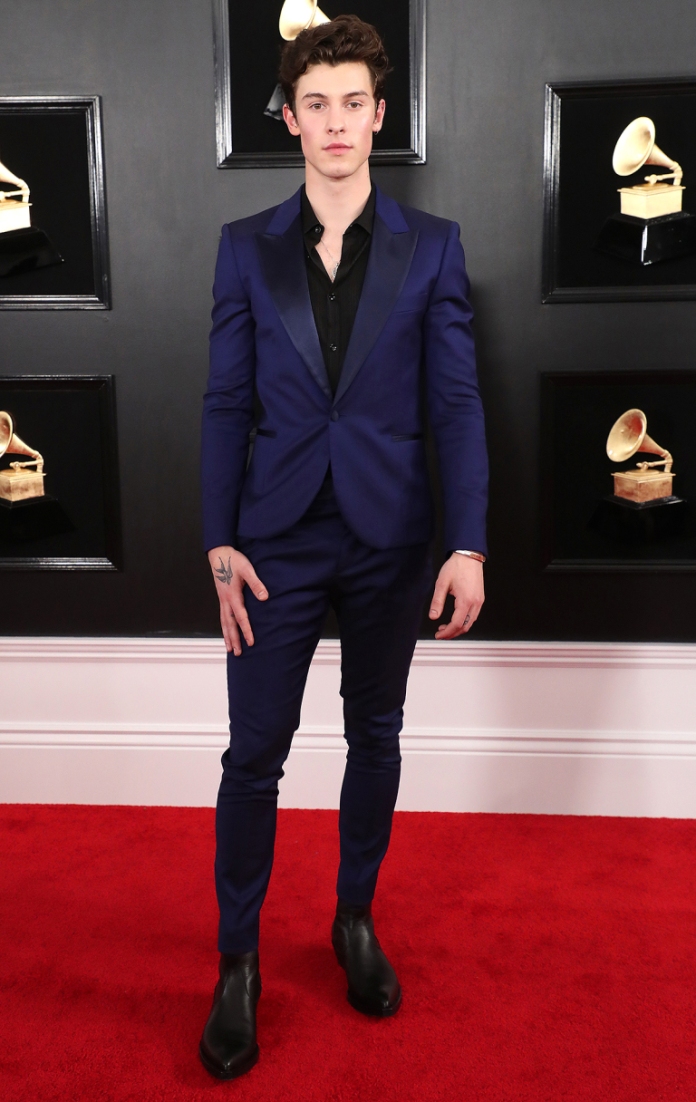 Shawn looks like a wax statue but suit is on point.

Miley’s so pretty when she doesn’t have a buzzcut and her bits on display. Well, fully on display. 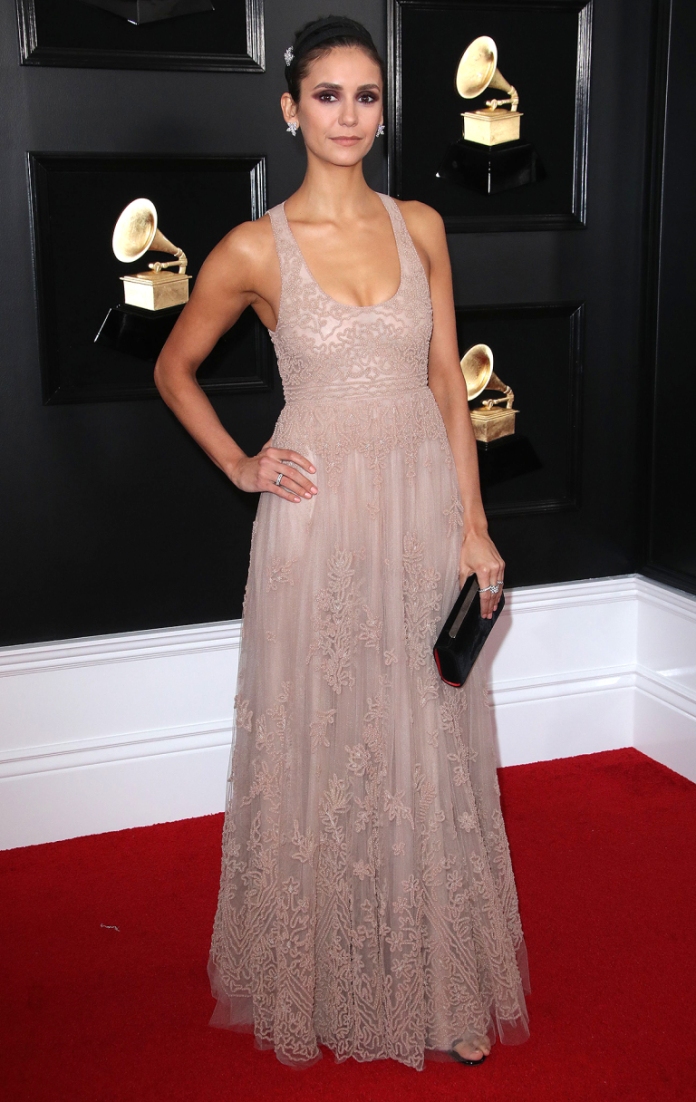 Hair/Makeup not great but the dress is lovely.

Post Malone has worn me down. His tattooed ass face and weird cowboy outfits have numbed me. This is the best one I’ve seen yet. I like pink and I like stars, thus, you win this round, cowpoke. 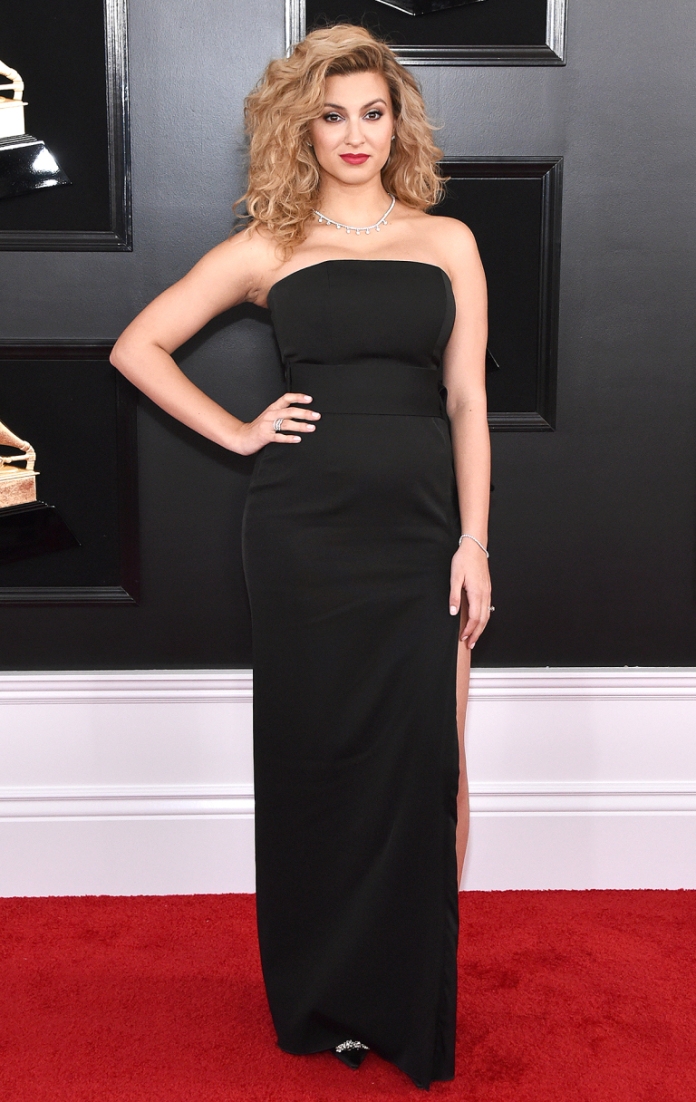 Yo, real talk, where the hell has Tori Kelly been? I need her to wail onstage REAL soon.

FAVE LOOK OF THE NIGHT: 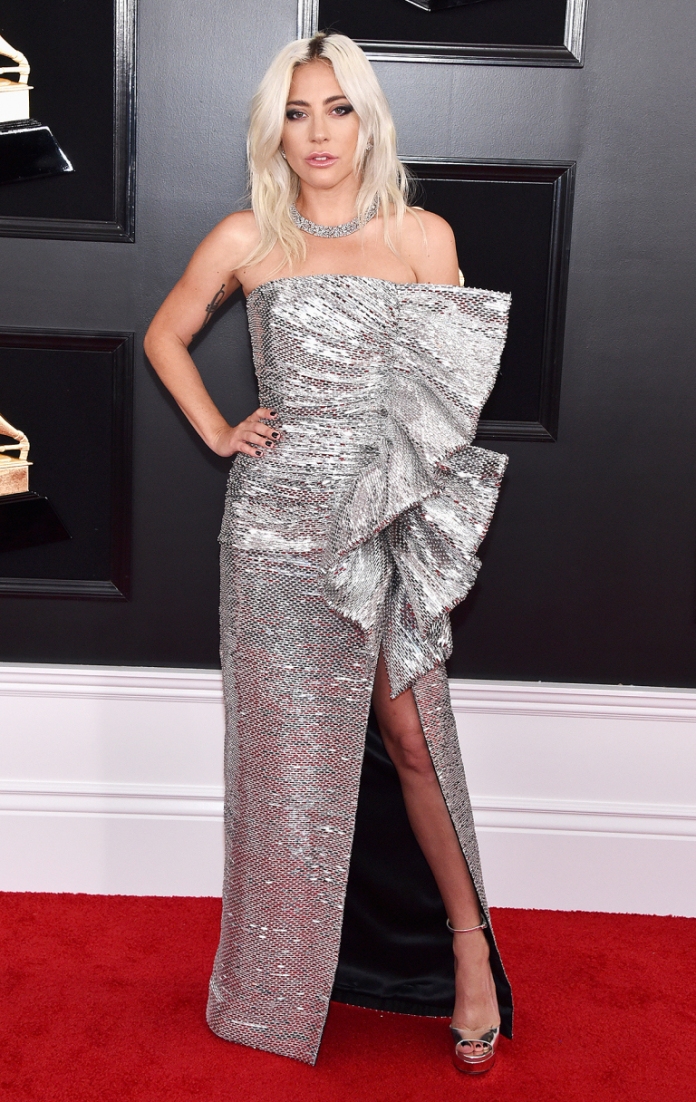 I’ve seen Gaga out here all awards season being so classy and trying not to let her meat dress wearin weirdness out because she’s being honored for a serious acting role. And I’d like to acknowledge that. She’s been looking like a dime piece and this has been my favorite look of hers so far. I have hair envy of those casual beach waves. AND on top of her red carpet look, she wore a sassy glitter jumpsuit (with matching eyeliner) for her performance. Writhing & scary face at the end aside, she’s really pulled out all the stops at the Grammys and I’m excited to see what she debuts at the Oscars. YOU GO, GURL!