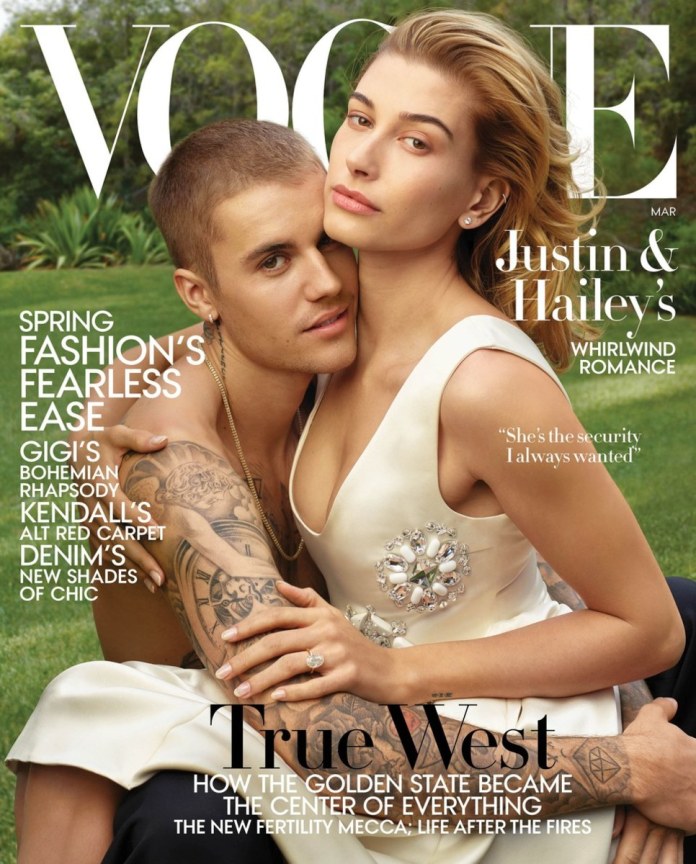 The “Newlyweds” who got married in a court house and can’t seem to set a date for their party with all of their squad to celebrate, got a nice lil Vogue spread divulging some juicy deets and a whole lot of matching outfits. Shot by Annie Leibovitz (Classic), here’s a bunch of pictures of the two of them being young and famous and tattooed in matching separates.

In addition to these lovely pics, the interview revealed that JB went celibate prior to getting engaged, to feel closer to his homie, God, and to figure out some shit because he was poppin xannie’s & banging strange for quite a while. Long story short, they got married at a court house five minutes after they got engaged because they were “waiting until marriage” to have sex. Which is laugh out loud funny. No one even knew they were dating, he was back on that Selena grind for a while then suddenly he’s engaged and gets married because he needs that good good (sober, hopefully.) But seriously though, this is a real quote from JB himself, “[God] doesn’t ask us not to have sex for him because he wants rules and stuff…” Spoken like a true poet. He believes God rewarded him with Hailey after he stopped slutting it up. Other revelations: church brought them back together (in case that wasn’t clear already), he calls her his baby boo, oh, and … “The thing is, marriage is very hard,” says Hailey. “That is the sentence you should lead with. It’s really effing hard.” GUD LUCK GUYZ!!! KByyyyyeeeeEeeeEeeeEe.

(If you want to read the full interview and find out about how Haley and JB were “homies” at first plus hear the deets on Justin’s Britney-esque meltdown, click HERE!)

Hollywood’s favorite relatable goofy chick has apparently gotten engaged and I didn’t even know she was dating anyone. Last I heard she was banging her director twice her age and it was feeling a little creepy, even if it wasn’t #MeToo era. Her engagement was such a shock, in fact, that when the boyf tried to scoop us on the celeb news, we berated him that it wasn’t People.com official yet. Well, it became People official and literally no one knows who this jabroni is. His name is Cooke, he’s a BFD in the art world and they’ve been dating like 6 months. It’s almost like none of these celebrities read my blog because if they did, they’d see THAT THESE IMMEDIATE ENGAGEMENTS WILL NOT LAST. AM I SCReAmING inTO A VOID?! DID ANYONE LEARN ANYTHING FROM PETE & ARI?!

3. Everyone Hates the Grammys This Year.

Speaking of Ari, she’s not going to be in attendance at the Grammys this year because the producers did her dirty. And then lied about it. So she’s thank u, nexting the Grammys. SUPER dumb move by the producers here because she released two albums in one year of nothin but the hitz and also created my favorite phrase to annoy my boyfriend with when I want him to stop talking about something. Doesn’t get much bigger than that. And now we can’t even see her do a sassy live performance. ON TOP of that, Taylor isn’t coming either. And was nominated for like 1 Grammy and it’s not even Album of the Year. Did anyone hear Reputation? DID THEY NOT SEE THAT SHE’S BACK AND SHE’S A BADD BITCH NOW?! I mean honestly, the snub alone is enough to make me not want to watch. And now I learn that no one is coming OR performing. The Grammys better woo me back QUICK or I’m boycotting. (Red Carpet will still be posted promptly at 9am the next morning.)

i’ve kept my mouth shut but now you’re lying about me. i can pull together a performance over night and you know that, Ken. it was when my creativity & self expression was stifled by you, that i decided not to attend. i hope the show is exactly what you want it to be and more. 🖤

i offered 3 different songs. it’s about collaboration. it’s about feeling supported. it’s about art and honesty. not politics. not doing favors or playing games. it’s just a game y’all.. and i’m sorry but that’s not what music is to me.

4. The Gays Love Each Other Too. 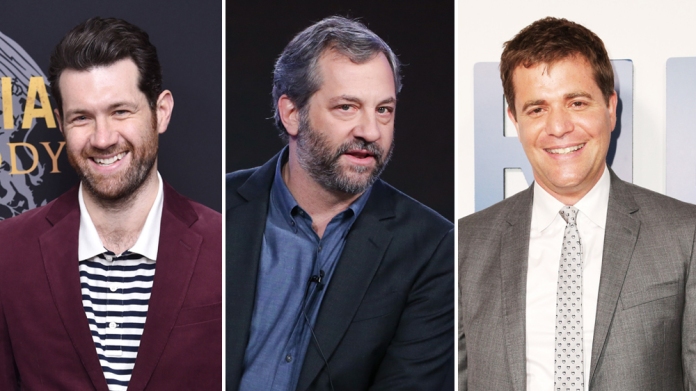 It’s finally time for a gay rom com! I feel weird about the fact that it’s 2019 and this is now just happening. Either way, Billy Eichner has been tapped as the lead and Judd Apatow will produce, so you know it’ll be entertaining AND disgusting. I feel like my sister and I willed this into existence because just last weekend we were talking about how Jonathan Bennett (Aaron Samuels) is the lead in basically every Hally or Lifetime flick and we have a hard time believing in the love story every single time because he’s flamingly gay. We were really rooting for him to get his own gay rom com on Hallmark, but this works too. You’re welcome, everyone. 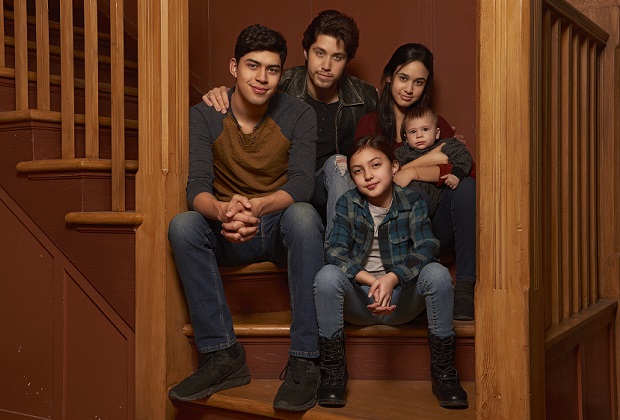 My first year out of college, instead of looking for an apartment or like creating my own adulthood independence, I lived at home with my parents and watched the entire series of Party of Five bootleg style on my laptop in my bedroom with the door closed. I basically regressed to being 13. To the point where my mom gently suggested to me to join a gym and try and make some friends. And I probably replied, The Salingers ARE MY FRIENDS, MOM. GAWD. Because they were. I binged this series in a few months and pretended it was still the 90’s. So naturally, when I saw a clickbait headline about them bringing it back I nearly slobbered all over my keyboard to get to it. WHAT a letdown. This is not a reboot or a reunion. I won’t get to see my old pals Charlie, Bailey, Julia, Claudia and Owen as adults. Instead, it’s a Freeform series that’s about a family of five children whose parents get deported. WUT. How is that the same as your parents dying in a car crash tho? Mr. and Mrs. Salinger are ROLLING in their grave at this association. Don’t ride on Po5’s coattails. Just say you have a new show without bringing visions of an age-defying Scott Wolf coming back into my life.

Not included in the headline but important to point out, she’s also never seen him or facetimed with him. Love story for the ages. Or for next season on Catfish. Either way, either way’s fine.