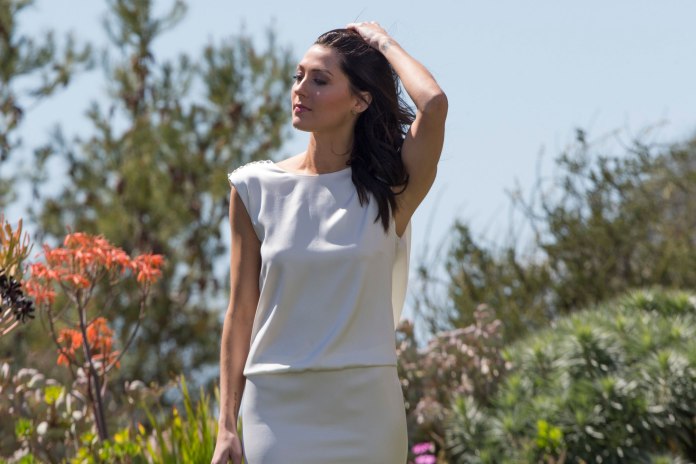 The guys try on tuxes and Jordan needs to show off how he walks like a model. They go outside to do the exact same date that Rachel had all of her guys do last season (an obstacle course) and whatdya know, Rachel and Bryan are there to help. I’m honestly kind of sick of Rachel coming off as such a badass kewl gurl in her guest appearances because she couldn’t have been more of a plain bagel when she was the bachelorette. Guess it goes to show that once you’re contracted to be the lady everyone is trying to date, you can’t say shit like “What that mouth do.” 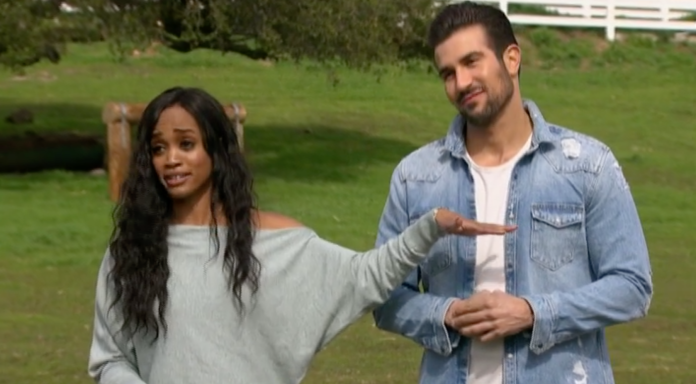 Lincoln won but he apparently cheated in the ice tub so obviously all the other men are enraged about it. Later, Lincoln attacks Becca’s face like it’s a Christmas ham and he hasn’t eaten in weeks. It doesn’t look like she’s enjoying this even a little. Lincoln puts his framed photo with Becca in the middle of the coffee table and everyone cries about it. The picture gets tossed and broken into shards by a jelly belly who didn’t appreciate Lincoln whispering sweet nothings to it. Becca then has to mediate this little bitch fit. Becca makes it clear that she’s looking for a man and not a whiny baby who tattles on other people or smashes picture frames. Not LOVING Connor or Lincoln if we’re being honest. Same with Becca cause Jean Blanc gets the rose.

The next morning Lincoln cried ACTUAL tears because watching the picture being broken “broke his heart.” Jordan takes a group of bros outside to laugh at Lincoln’s croc tears, which is ironic coming from the buffoon who made us all watch his blue steel. Then he pronounces ingenuity “ingenuinity.” Send Jordan to the Center For Children Who Can’t Read Good And Wanna Learn To Do Other Stuff Good Too. STAT. 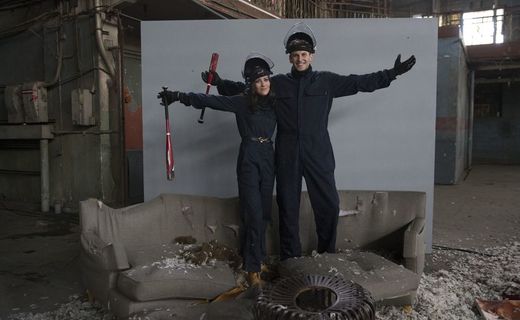 Chris Harrison brings them to an abandoned warehouse where they are to change into jumpsuits and break shit that reminds her of Arie while Lil Jon (?) shouts nonsense into a microphone and plays a song from 10 years ago…when Lil Jon was relevant. Becca looks so joyful while smashing Arie-related shit that if I were Blake this would be a red flag but he’s like I love that she’s so happy right now. YIKES. Side and completely unrelated note HOW THA HELL DID SHE MAKE THIS OUTFIT CUTE?! 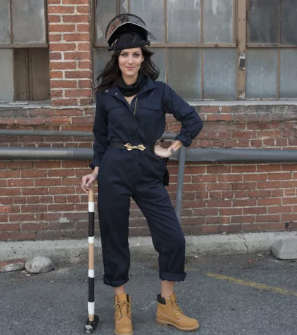 At dinz, Blake tells Becca that he fell hard and fast in a past relationship. His girlfriend told him she loved him 2 months in and then 2 days later she dumped him. Hmm, I can understand feeling the need to say it back if he said it first but like who initiates that when YOU’RE GOING TO BREAK UP WITH HIM?! I am fired up. There’s more to this story and I need to hear it. Something’s fishy. Anyway, Blake gets rosed and feels like tonight is the beginning of their love story. Learn your lesson, Blake. Slow it down.

Three little sasshole children actors are hired to reenact Dodgeball (the movie) with this group of wieners except it’s 10x less funny. I’d rather watch these guys dodge wrenches any day of the week. They take it even further by bringing Fred Willard BACK FROM THE DEAD (literally has someone checked his pulse lately) to do commentary for the game with Chris Harrison. It’s the opposite of funny. Leo leaves his hair down during the game, which is my BIGGEST pet peeve and the only thing I can focus on. Who won? No clue, but Leo had sweaty hair matted to his face and in his eyes the whole time, which could have been prevented with a simple hair tie. (Ya hear me, 90% of girls at the gym?! PHYSICAL ACTIVITY ISN’T A FASHION SHOW!)

Wills HAS to be high during his time with Becca, as he cries about his parent’s 50th anniversary and then goes in real hard for the kiss. Then Colton feels like he needs to get it off his chest right away that he dated Tia from last season. And by that he means they spent a weekend together (that’s a relationship in Bachelor world.) He didn’t feel the spark with Tia and hopes that Becca lets him stay because he sees a future with them. Becca’s pezzed. Wills gets the rose. Curveball. Then Becca cries even though I feel like her and Tia aren’t that tight and if they were SHE WOULD’VE ALREADY KNOWN ABOUT COLTON.

Clay does an intricate football celebration dance just to be able to smooch Becca. Connor makes amends by framing a picture of his face and allowing her to toss it into the pool because that’s not really who he is. If Becca falls for this I’ll be pissed. (Spoiler alert: I’m pissed.) Jordan stripped down to his briefs *but kept his shoes on*. Practical. It’s cool though because he just doesn’t want Becca to get the wrong image of him and think he’s 007 all the time. He’s not. He’s also naked sometimes in dress shoes. After some babble about wanting a “mini Jordan” on his shoulder, he steers his nut huggers right into the hot seat with the chicken guy. It’s a literal cockfight. Get it? Cause Jordan’s penis is actually poking out of those undies and David dressed up as a chicken on night one. BOOM. Neither one of them knows how to pronounce ingenuity. Colton takes the time to show us he has a lisp and also prove that he’s an honest guy. Becca feels like she should let him go, which really means her vagina wants him to stay and that’s what will happen.