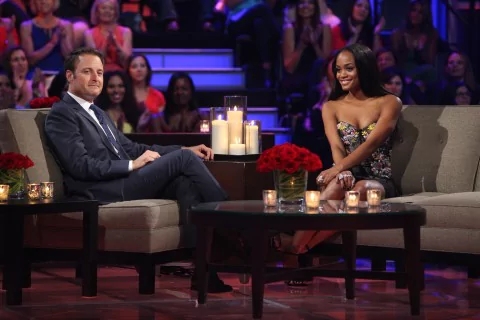 If Men Tell All was treated like a Comedy Central Roast it would put asses in the seats. Just sayin. 2 hours of people continuing their fights we’re already bored of and apologizing for acting like total bholes on TV (to further their acting careers) is a waste of all of our precious time. With all the racial tension this season we really could’ve used some well-written jokes and Chris Harrison acting as the Jeff Ross of ABC to bring the house down. Just kidding, Chris’s only joke all night was about how they beefed up security for this taping and by that he means he’s been lifting weights. Get off the stage, Chris.

I regret to inform you that Jack Stone doesn’t utter a peep all episode…not even a glimmer of that serial killer stare. Why even show up? 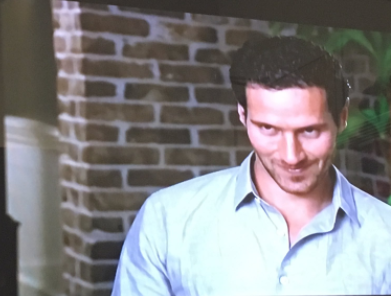 Jack Stone may have gotten a full name intro to not even speak but Alex and Dean showed UP with their printed jackets and I’m here for it. Adam, I’m NOT here for your wool jacket and what looks like hummingbird printed shirt. 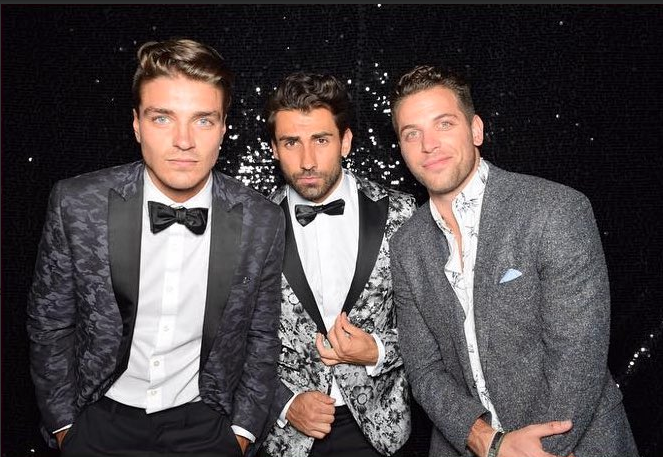 Jonathan waved daunting tickle hands upon his introduction and there was a literal chill down my spine. I better not see his ticklers grace my screen ever again unless he’s part of a true crime doc. Whaboom gave us nothing other than a whaboom. DeMario unfortunately did the same. Nice try, DMoney. Your rep in the Bachelor franchise is cheater and alleged rapist. You can’t whaboom that out of our memory, try as you might.

Speaking of DeMario, he was first to be questioned by Chris for that little thing where his ratchet ex-gf called him out Maury-style. DeMario claims that Lexi is beat, wanted to be on TV and was just another mouth to him. Did he say that specifically? No. But he did quote a Weeknd lyric and straight up call her a side chick saying they never took pictures together so there’s no actual proof they ever dated. What a class act. I think at one point he compares himself to Bill Clinton? I’m guessing because he also completely denied banging some strange. What a world we live in. Hey DeMario remember when you ‘sploded all over Britney Spears like a total dweeb? The internet doesn’t forget. Whaboom guy gives DeMario daps and says he supports him. Apple, meet tree.

"I like black dudes" – Britney Spears, queen of equality pic.twitter.com/STzJ4NzR7v

Kenny takes the hot seat to tell everyone that he wanted to establish a friendship first with Rachel, essentially admitting that he completely friend zoned himself. Then of course we jump to the Kenny vs. Lee feud for basically the remainder of the show. Everyone backs Kenny up and says he’s smart and calm and kewl. Lee admits he never was pulled out of a van aggressively and apologizes for never taking the high road or being a good friend. Read: Lee regrets being a real BIIITCH. Probably because everyone hates him and thinks he’s a giant racist and stuff. 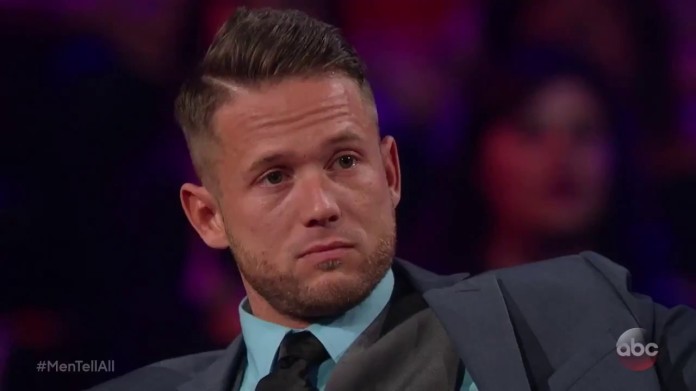 You know how 90% of this season as been filler? Yeah well this special is no different. Out comes Mackenzie, Kenny’s teenage daughter who has absolutely no place on this stage unless they’re looking to court her into Bachelorette of 2028. Kenny cries again. Does Kenny just like cry at the existence of his daughter? Cause this is starting to be a little much. If my dad cried every time he saw me I’d be like ok bro, pull it together, you’re embarrassing me. Mackenzie seems pretty chill with it though, especially because that wizard Chris Harrison surprises her with a trip to Disneyland for Kenny’s birthday. Is he serious? Just granting Disney wishes left and right? What can’t this man do? I honestly hope the producers didn’t even plan it. I want to live in a world where Chris Harrison has the power to be like hey go check out Disneyland and then producers have to scramble to make it happen. Realistically they were all probably like, let’s try and look heartwarming and make headlines about Disney and family values instead of the KKK.

Lee the snake has his time to shine when he takes the hot seat and tries to squirm his way out of being a terrible human being. Since Lee is obviously a con artist who is certainly racist but doesn’t really want to be confronted about it on TV so he turns heel and apologizes for nothing whatsoever, let’s talk about wtf is going on with Dean’s hair? He stands up to make some strong points but I don’t even remember what they are because I can’t stop looking at his weird part situation. It looks like he got an uneven haircut. Fire outfit, garbage lettuce. Can’t win ‘em all. 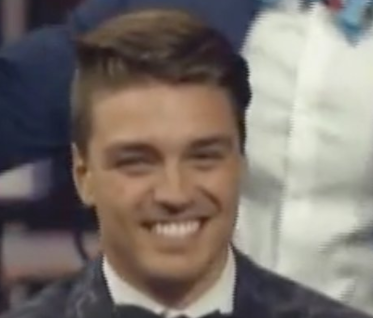 The real hero of this sode, once again, is Mack Daddy Chris Harrison who’s all, let’s toss those racist and sexist tweets up on the big screen, hmmmm? Josiah descends upon the stage to ask why Lee would go on this season and be a racist MF’er. Lee responds, “I don’t like racism at all.” SOLID rebuttal. Interestingly enough, DeMario, who said Lee and him were dawgz like 10 minutes earlier, leaps out of his seat to teach Lee a lesson in history “1-0-fucking-1.” I would’ve killed to have DeMario clap between shouts about the KKK and NAACP. Mostly I’ve just wanted anyone to actually clap in between words like a fiery emoji-filled tweet. This seemed like an ideal time to do so. After the commercial break, Chris Harrison is like let’s review this tweet one more time. Anyone want to act it out? Shall we put it on a marquee lit up next to a headshot of Lee? Seriously CHarrison is the bee’s knees. Everyone wants to know WHY Lee is sorry (cough cough, admit you’re racist.) He doesn’t because this whole thing is bullshit and I refuse to address it anymore. Rachel lays into him even more when she comes out. Lee is a troutsniffer and will always be. That is all.

Fred gives a cringeworthy scripted & definitely practiced speech about how he knew and loved Rachel before he even showed up on the first night and will love her and be happy for her from afar forever and ever (while probably staining his yearbook and camp photos with salty, salty… tears. Were you thinking I was going to say something else? Pervs. JK he’s probably doing that too.) SKINSUIT ALERT. Beef up your security, Rach. Or just like, never go to your high school reunion…or home in general.