Summer’s over BOOOOOOOOOOOO times a trillion, but on the up and up, it’s awards season again and that’s something that I can totally get down with. Sunday’s were made for becoming a TV/Movie/Fashion critic from the couch. *And might I add that I have a brand new couch as of last week to break in (challenge accepted.) This year I raced back home from a weekend of drinking and made it just in the nick of time for the awards, so I can’t comment on what I’m sure was a RIVETING 3 hour block of red carpet fodder. I can, AND I WILL comment on the looks that “took a village” to create for our fave celebs.

I’m pretty much always on board with a sparkle gown but on what planet did Danes think getting the Ross Gellar one-mississippi spray tan would fly under the radar?

We get it girl, the Kardashians are your idols. 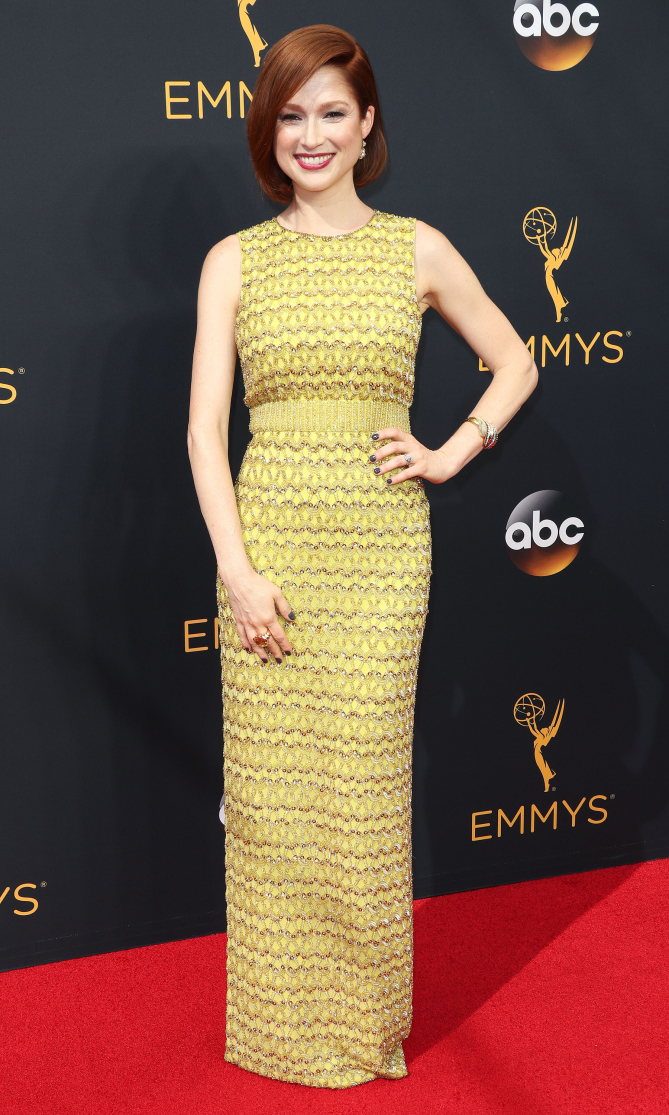 I love the shit out of Quinn and fingers crossed that Constance wins for that role but this look is not a W for me.

I mean, I guess if you wear your nightie to the show, no need to change before bed.

This dress embodies everything that’s stressful about dressing for fall. Chilly in the morning then roasting by noon? No prob just wear one long sleeve, one spaghetti strap like Heidi. 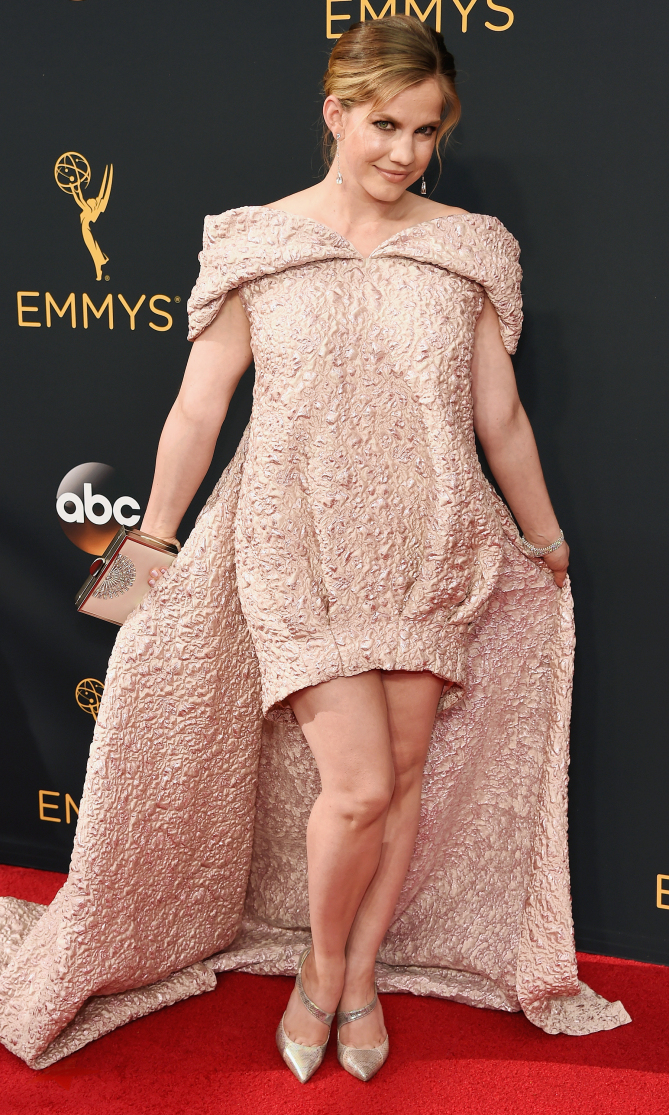 WHAT IS THIS CONCOCTION?! 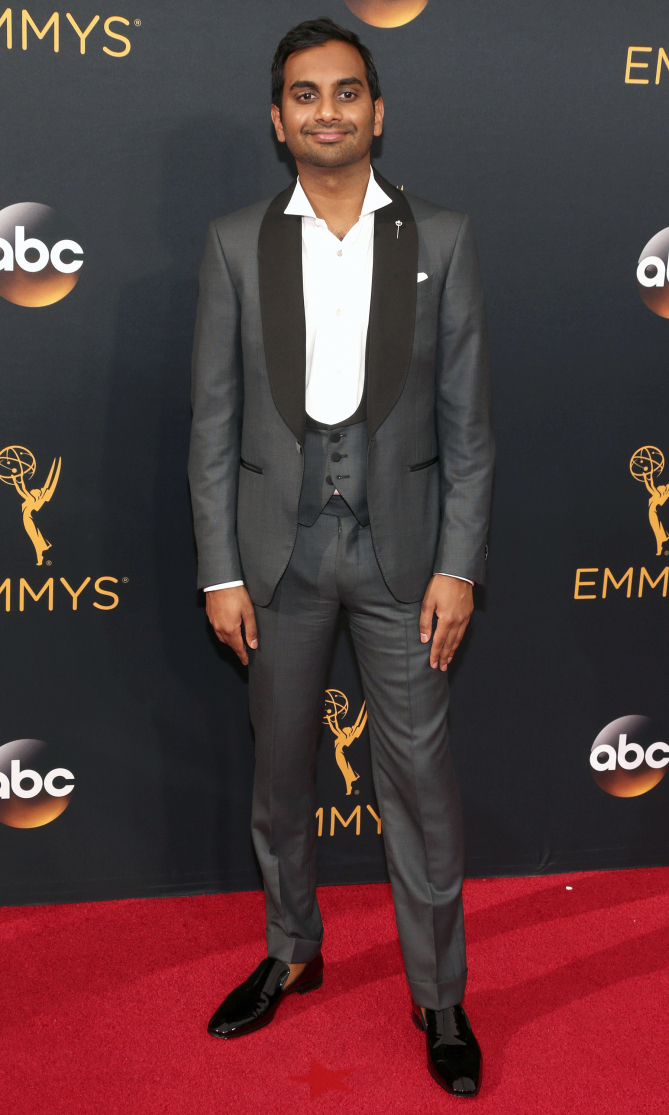 Let it be known that I LOVE a man in a fitted suit but I hate it when it look like they’re wearing a bib. Sry Aziz. 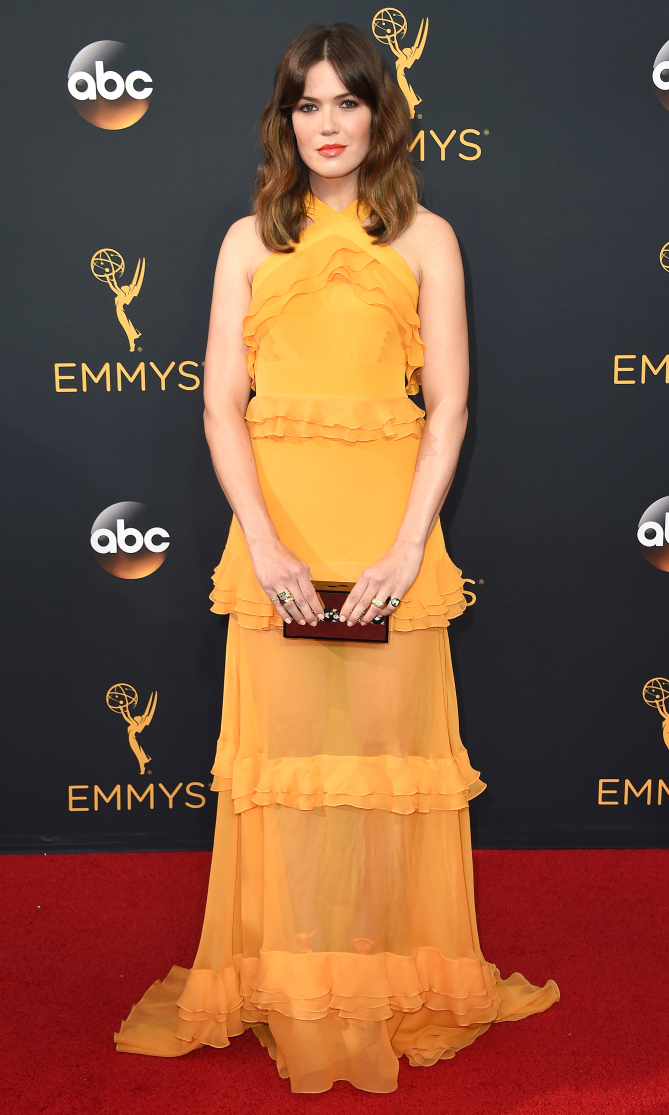 Color looks good on her, cupcake ruffles do naht.

Let’s call CURTAINS on this dress. See what I did there?! SEE?!

Not even being sarcastic but was this one of Kathy’s costumes from Titanic?

Ok ladies, time to discover that the cape/additional layers at the hips made you look wiiiiider than you are. 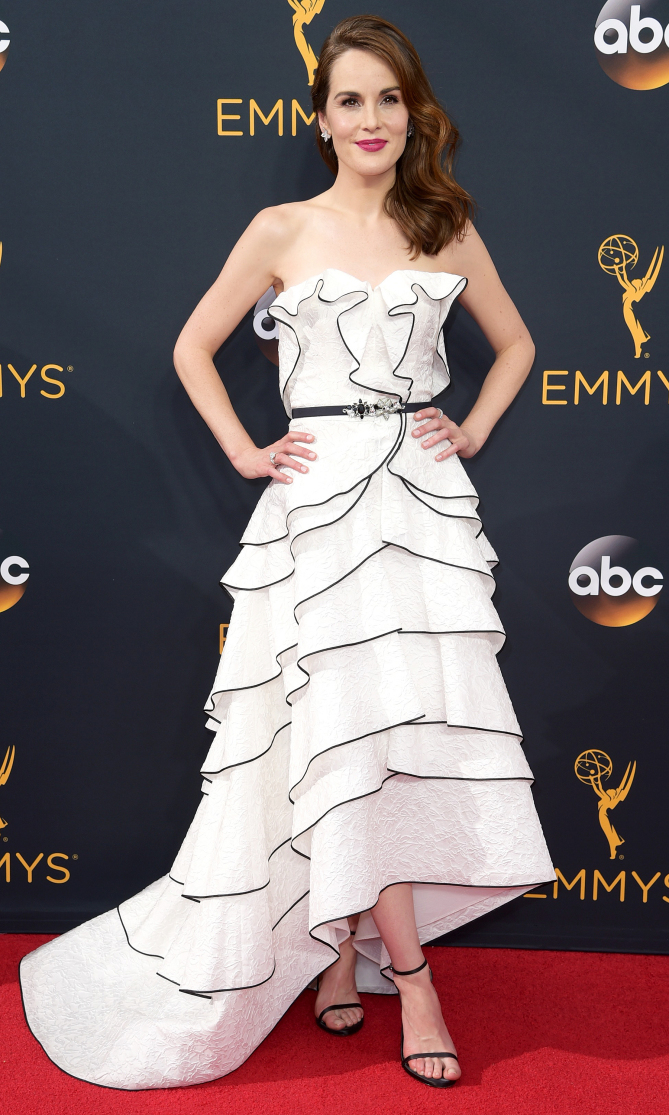 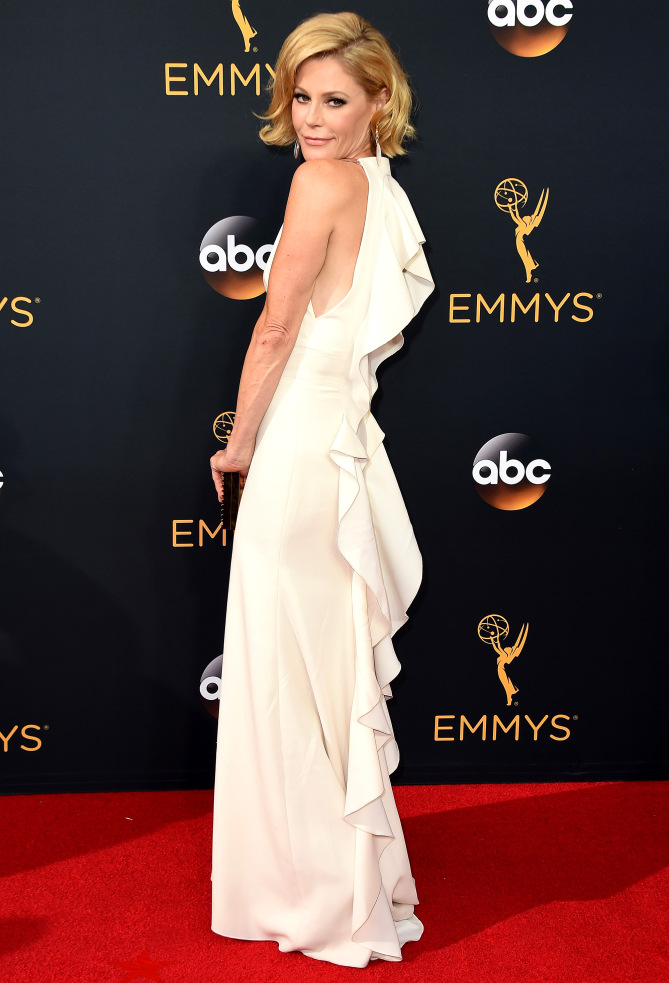 Julie Bowen’s width is that of a grain of rice.

Pants are fun because you can sit with your legs wide open but this feels kind of like a throwing a dressy top over some leggings for the red carpet vibe.

HEY EVERYONE, KERRY IS PREGGERZ. The more you know.

This is all sorts of Christmas tree hideous.

Don’t know why Tori is here but I’m down with the classic glam. 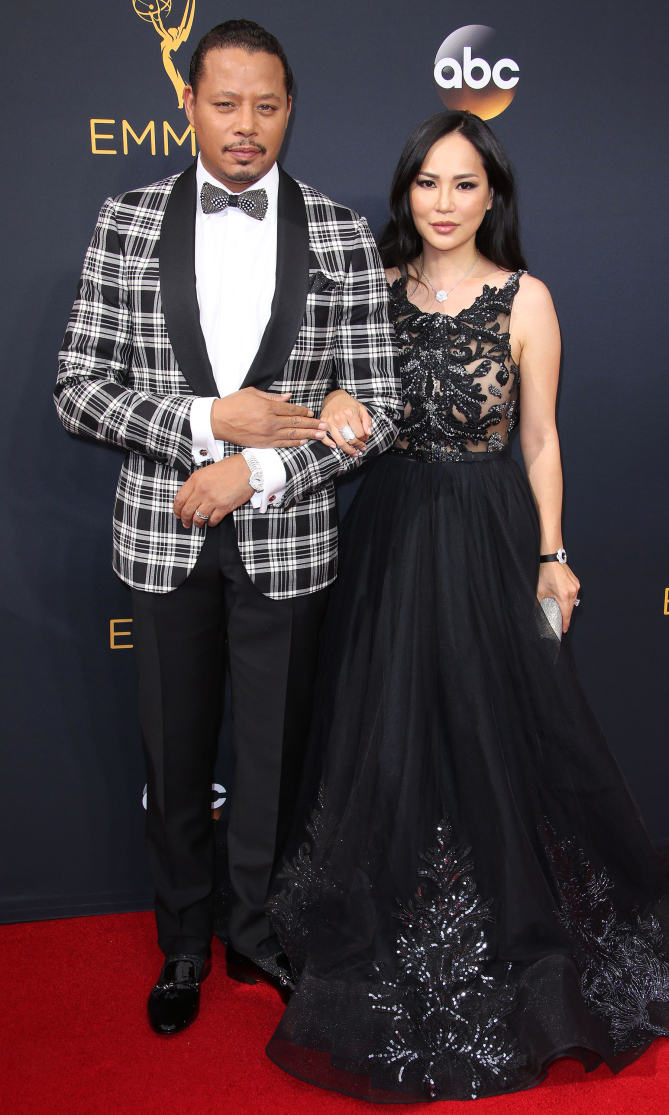 Killin it with that plaid jacket. 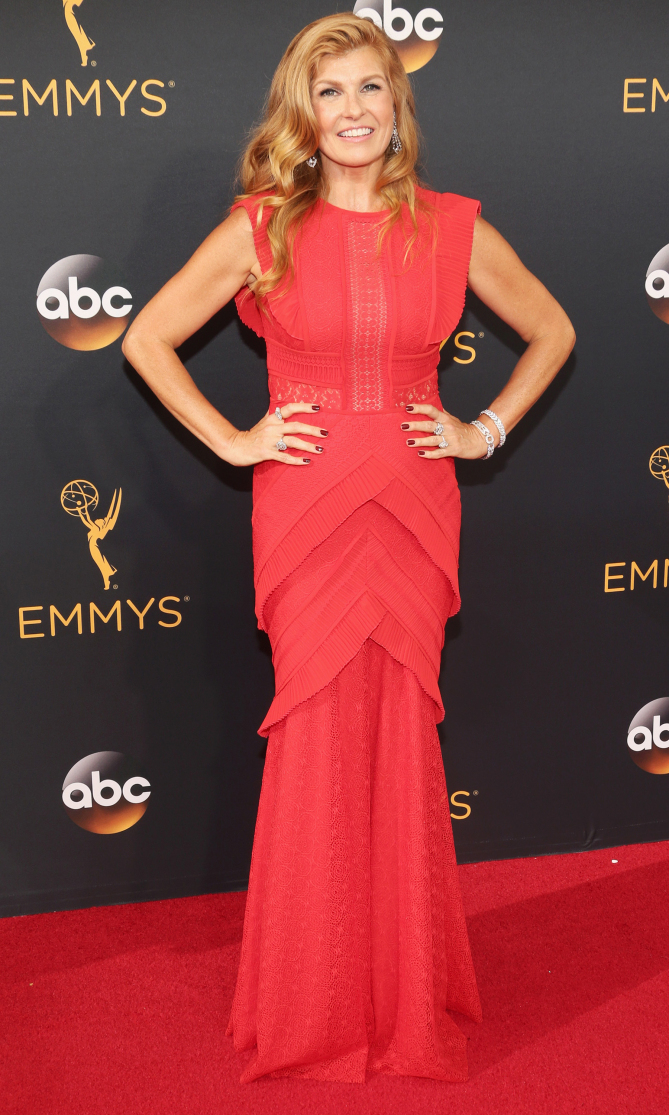 Bowing down to Connie 4 life.

If we’re being honest, I drooled a little bit just over Jane’s shoes. The dress is dece but I’m really crushing on those shoes.

A rare win for yellow in Taraji

This was one of my fave looks of the night. Unfortunately once Tina hit the stage I saw that she too fell victim to the aggressive spray tan. I’m willing to overlook it because she’s ROCKING the green.

Ho, hum, just another pic of Sofia looking like a bombshell.

The leather criss cross sneaking in

I’m giving Claire a second chance because I actually do like the dress plus Hugh looks banging of course. 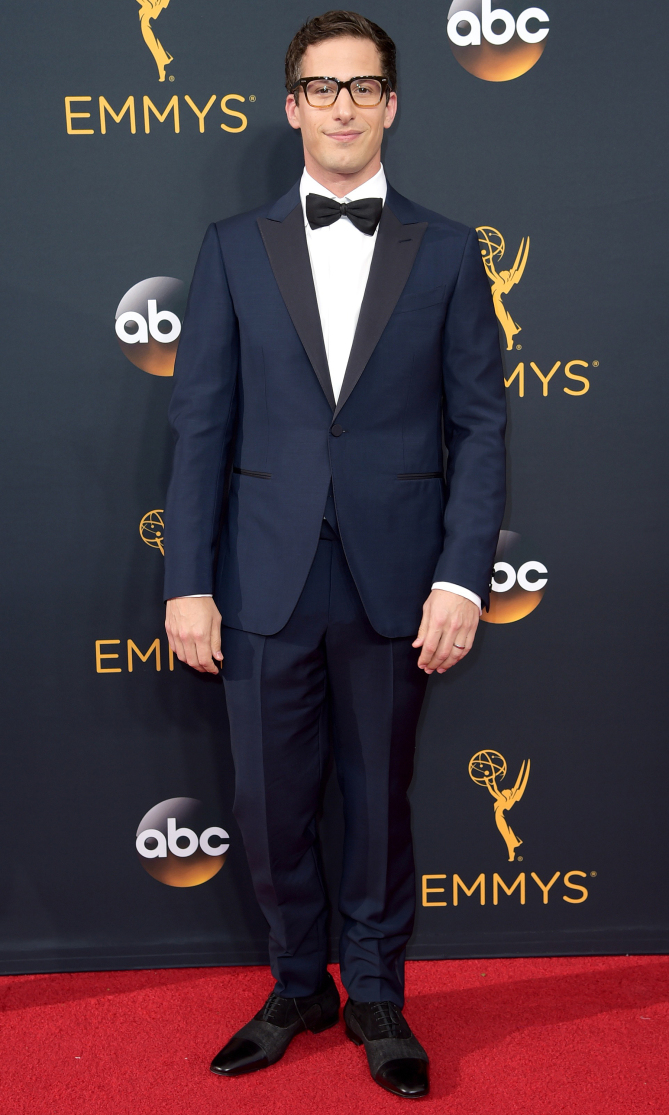 Blue suit award of the eve. 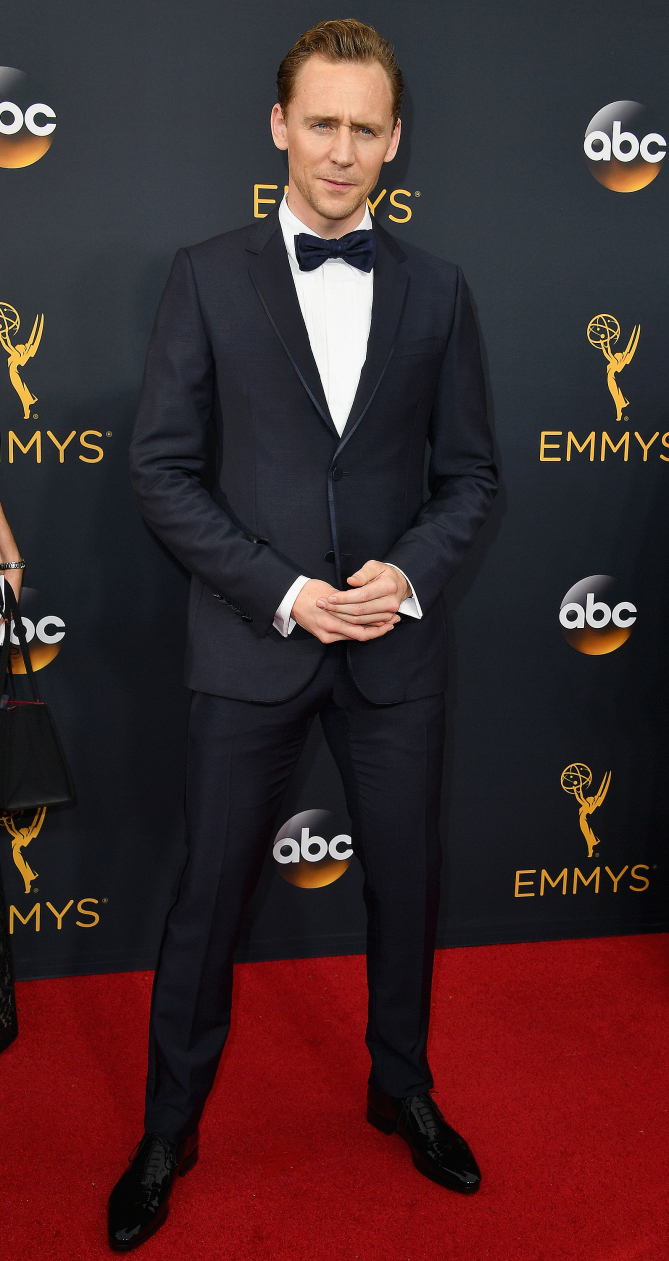 #TeamTaylor (if there are teams for a fake relationship/breakup) but he looks alright enough to give props. 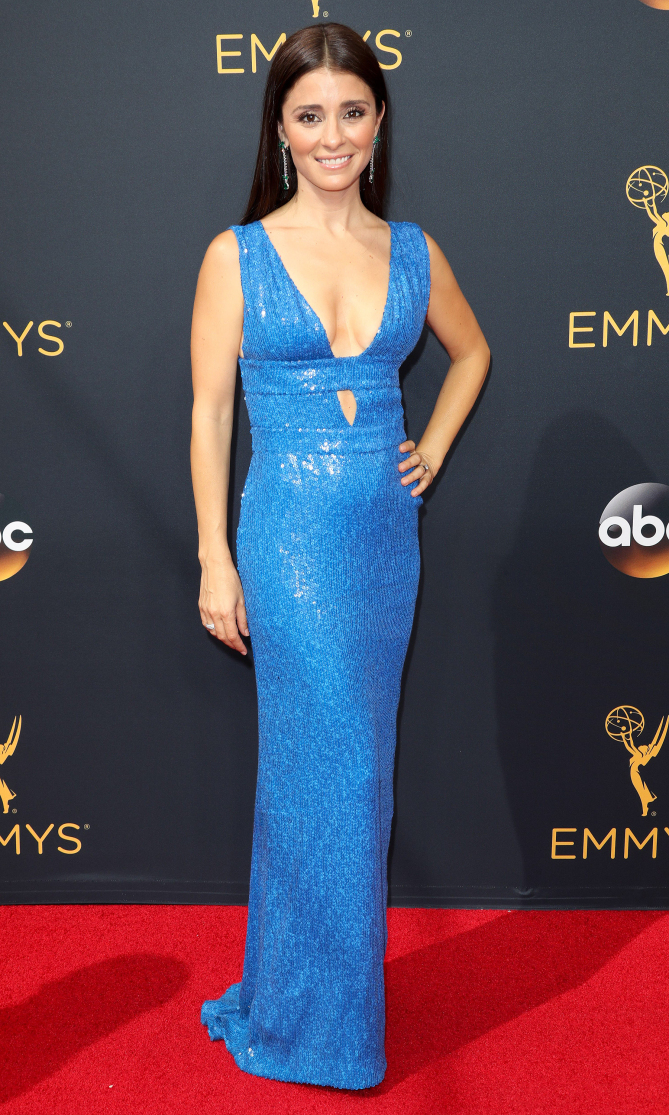 Another favorite of the night because I like sparkly things and I’m envious of women who can wear a skin tight dress and not look like they just ate 10 hamburgers.

Kate looks phenomenal and spoiler alert she wins so extra bonus points for that. 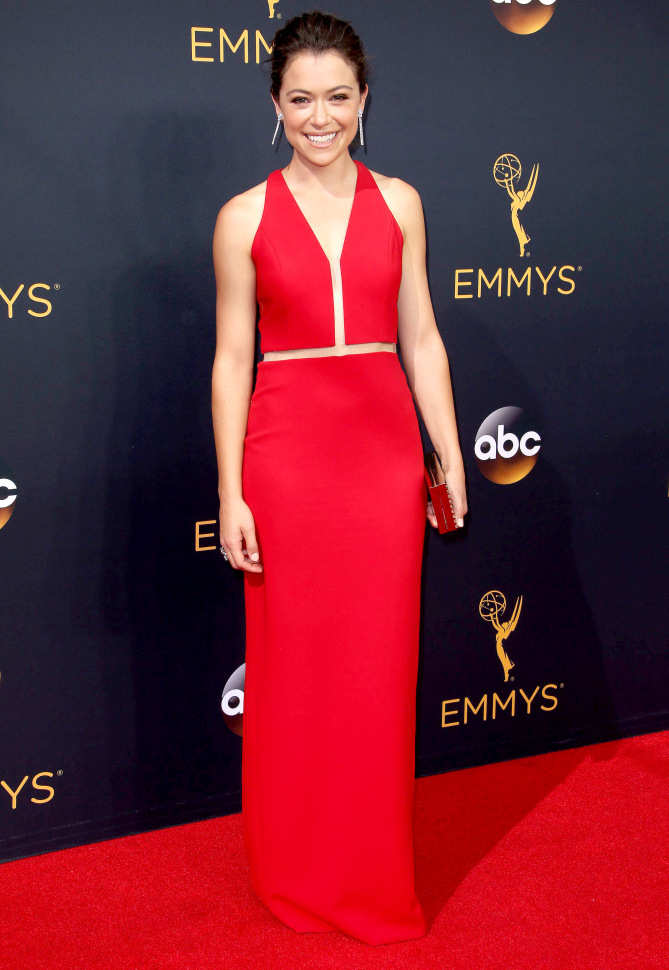 Ladies were all about the red and I’m all for it. 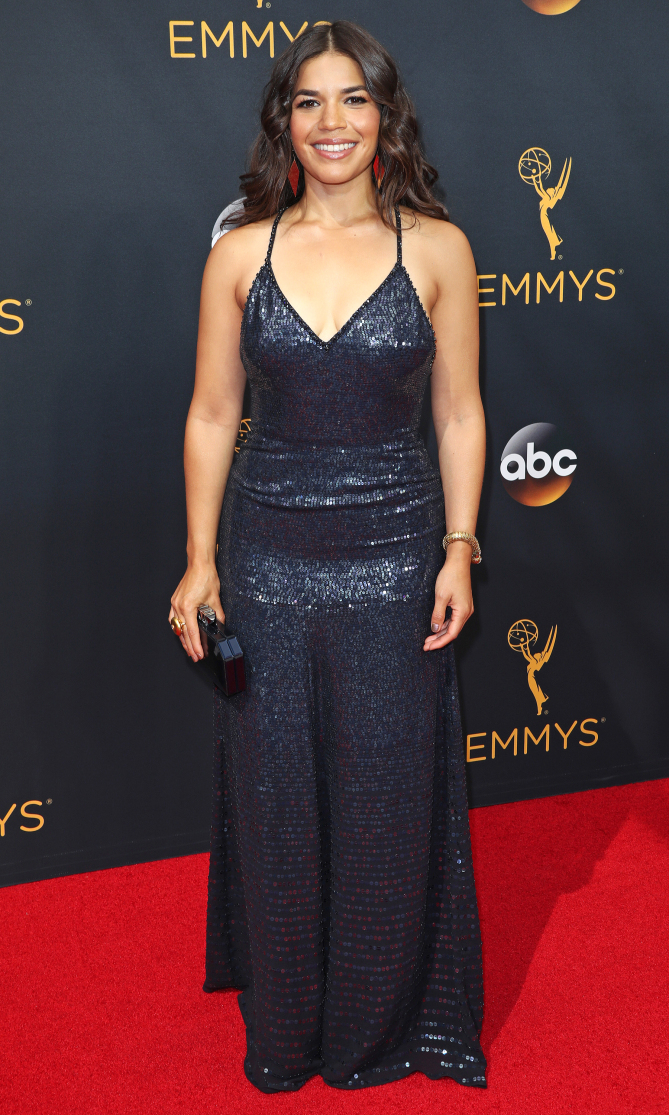 White after labor day on point. 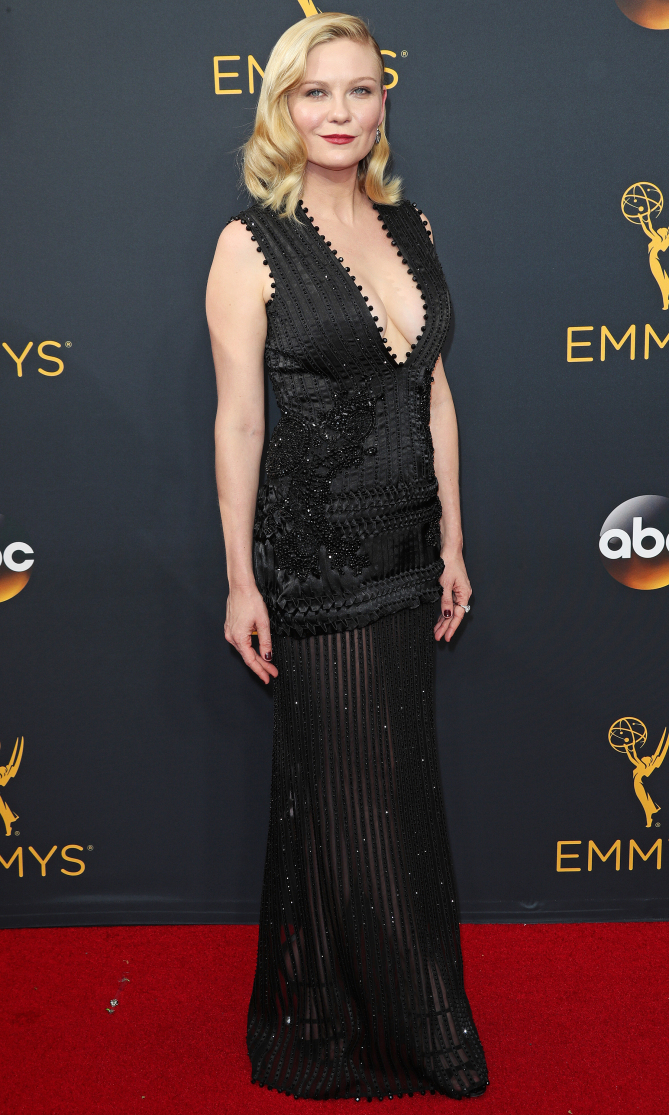 Typically I would hate a dress with peacocks(?) on it but she’s werkin it.