Step Up is a top five dance movie that made us all believe that we will fall in love with a hunky piece of meat who can toss us around on the dance floor because Jenna and Channing got married. Well they’re keeping the dream alive by recreating the OG Step Up move 10 years later. I don’t ever want to imagine a life where these two don’t dance together every night. First with Lip Sync Battle, now with this, I’ll be disappointed if this isn’t a daily ritual. 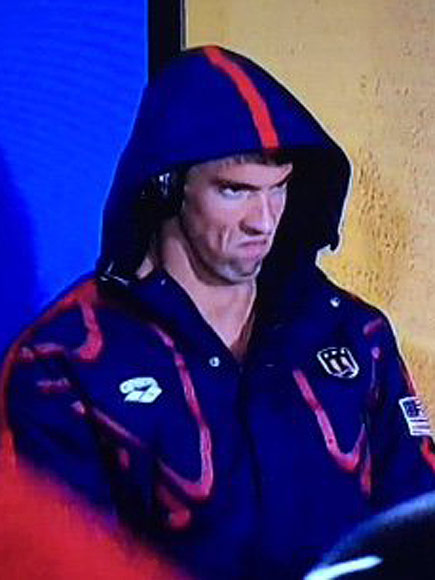 Michael Phelps is like 100 and still blowing everyone out of the water (PUN INTENDED.) He may have become an internet meme for a hot second, but then he was hey Twitter, suck on my 22 Gold medals, BETCH. This is my sports coverage for the week…a picture of Phelps in da zone aka smelling a fart. It’s probably the best you’re gonna get unless you’d like my unfiltered opinions on Ryan “Jeah” Lochte’s hair (it’s dumb) and THE FINAL FIVE (they have eternal wedgies that make me tug at my own underwear as if I too have a leotard stuffed up my buhhole.) And THAT’s my Olympics coverage. GET ON MY LEVEL, BOB COSTA!

I would give my left nip for a full-on N*SYNC reunion and this is what they think will satisfy us? A picture that Lance probably had to photobomb because he wasn’t asked to be in it, at JC’s 40th birthday party. FORTY. HOLY COW. Be older, JC. You can’t. Seriously if there can be a tour of Ryan Cabrera and O*Town this summer, then N*SYNC can hit the stage again. I don’t care if it’s half-assed, I mean you could literally start a Vegas residency just for “dancing” like Britney does, as long as you deliver the top N*SYNC hits, I’ll be there with bells on. What I realize now that I’ve typed this out is that I’d probably be fine with just like a bar playing N*SYNC’s discography on a Saturday night. But until then, we’ll always have this pic. Stay golden, JT.

4. Orlando Bloom and Katy Perry show us the goods. A week ago Orlando Bloom let it all hang for a casual paddle boarding adventure in Italy. I didn’t do the JUice last week, but if I did, I probably would’ve included the pic, mostly because it took me about 30 seconds to find the uncensored version and text it to everyone I know. Hey how’s it going? Here’s Orlando Bloom’s impressive D and droolworthy body. Obviously there was no reason for him to be ass naked when Katy Perry was fully clothed, other than the fact that he’s attractive and famous and he can. When in Rome (Sardinia) do as the Romans (Sardinians) do and take your dick out for vacation, I guess. ICYMI, here’s the censored version (that shadow though…) Since I don’t condone porning up my website you can turn to twitter for the full monty. Or my cell phone photos… 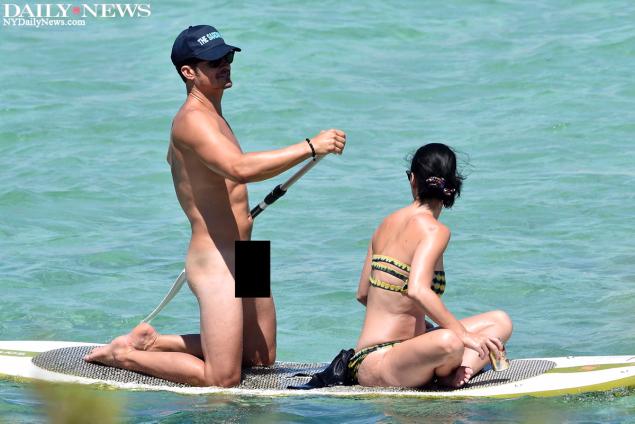 Anyway, this week, Katy Perry was like hey I’ve got a set of tits that everyone probably wants to see, and she was probz feeling upstaged by the amount of attention her boyf’s little nudey row was getting, so she decided to spice it up for a pic. By showing her buttcheek. Really, girl? That’s all you got? STEP IT UP.

I know it's a little cheeky, butt… Cycling in The ile de re, France 🇫🇷

5. JRodg pretending to be famous.

Hey guys, now that they can talk about it, JoJo and Jord are going to vomit their love all over social media. This includes the most awkward hover arm picture of Jordan and his “good Nashville buddy” Brett. No seriously, they’re really tight. Also JoJo looks like a smokeshow and I’m obviously bitter about it.

Couple of Nashville buds sweating our butts off in Dallas, at least @joelle_fletcher looks 🔥 #budlightparty