1. Louis Tomlinson of One Direction put his 1D into a girl sans condom, thus leading to baby. 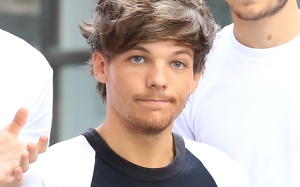 This year has been a real trying time for One Direction fans with Zayn peacing and now it’s been announced that Louis will become babydaddy to a stylist in LA. I think my favorite part is the fact that someone was legitimately quoted as saying “It was a surprise at first but he and Briana are very, very close friends and this has brought them even closer.”(via People) Oh, really? They also wanted to reassure everyone that Briana is not a crazy fan girl for One Direction by pointing out that she just went to her first 1D concert recently. So I’m assuming Louis threw her some free tix and a backstage pass once he found out she was growing his baby inside of her. What a guy. Quick side rant: If you’re that famous and presumably bedding that many chicks, MAYBE MIX IN A CONDOM EVERY ONCE IN A WHILE.

2. Sisters looks bomb.com. The first peek at the latest Amy Poehler and Tina Fey movie came out this week and I think I speak for everyone who likes to laugh that this will be appointment movie date. PLUS Ike Barinholtz is in it and Maya Rudolph so it’s pretty much guaranteed to be goof city.

3. Jennie Garth had a Pinterest wedding. For all you fairy hipsters out there, Jennie Garth threw a backyard wedding complete with lanterns and antique shit hanging all around and a very non-traditional dress, that I actually kinda dig. You go girl, find your Dylan. 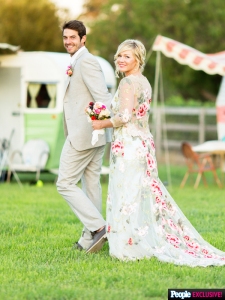 4. Emmy Noms are in. Shout out to Taraji P. Henson for snagging a Lead Actress in a Drama nom for Cookie in Empire because she is FIERCE and deserves to take home the W. Also Amy Schumer is having A year-her variety show on Comedy Central was nominated. For full list, click here. 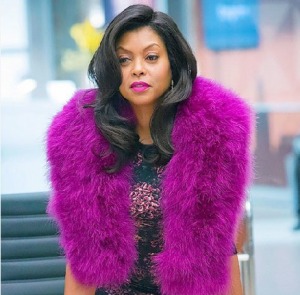 5. ESPY’s Highlights. The ESPY’s were on Wednesday night and Joel McHale had a pretty great monologue that started off with a bang as Victor Espinoza hopped up onto his back and rode him onto the stage.

Other highlights included this:

Yikes Hannah, no shout out, almost seemed like he thought about doing it then was like WHOA just kidding and caught himself mid-sentence so tried to cover it up by thanking his friends again. Here’s to you Hannah, you’re such a great FRIEND. Also a little awk that the guy who legitimately refused to wear a Yankees hat in Gone Girl would present this award to the greatest Yankee of all time but I also won’t dispute any extra camera time with Ben.

BONUS: It’s Luke Bryan’s BDAY. He’s super old today, but that’s not what matters, what matters is that he keeps doing this: