1. Okay so obviously JT and Jimmy Fallon read The Salty Ju because after hearing my cries of a reunion they did a skit together on Tuesday’s Tonight Show. Although it may not have been the full show that I was pleading for, it was just enough of a taste of their terrific bromance, duet and general stupidity to tide me over until JT can make a full appearance. (I’m assuming they filmed this in between JT attending Tay’s 25th and tearing down Brooklyn with Jay-Z)

2. Several sketchy sources have confirmed that Jeets bought a house in Skaneateles. So I’m here to report that Derek Jeter is moving to Skaneateles. Did I read this article and deduct my own story from it? Absolutely. But every one knows that his house in Skan-town will be SOOOO much better than St. Jetersberg. I mean naturally right after I move out of the ‘Nang, the holy specimen that is Jeter moves on in. WHAT DID I DO TO DESERVE THIS? Don’t answer that.

(Special thank you to my sister who sent me a text at 6:48AM this morning with this insider info)

3. Nick Jonas was dallying around NYC the other day and decided to go into FAO Schwarz (suicide mission at Christmas time…not sure what compelled him to do this) but the result of his visit was an impromptu performance of Jealous on the big piano. Yes please.

4. Ashlee Simpson is officially pregs with her second child. After going through her bad boy phase with Pete Wentz and having her first baby Bronx (why..) several years ago…Ashlee faded into oblivion and was just married to Evan Ross aka son of Diana Ross. This is obviously not news–this is just an excuse for me to post clips from her reality show circa ten years ago when her and Ryan Cabrera were the “it” couple and she was constantly wah-wahing about how Jess gets all the attention. Your weekend laughs are provided by a melodramatic Ash pre-dying her hair goth black to stand out and be edgy.

5. People has their first ever People Magazine Awards last night and provided us with some great fashion moments as well as this worthy nugget from Chris Messina and Mindy Kaling winning best onscreen couple in The Mindy Project. They are the dream couple.

Also Jennifer Lopez made me eat my words from the last awards show that I critiqued her outfit at. SHE IS LITERALLY 45 and she looks like THIS. 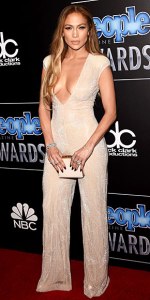 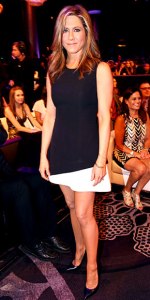 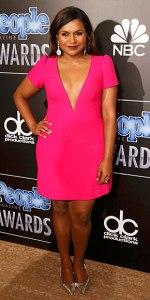