Just once I want Chris Harrison to man up and announce that he’s about to rip 5 hours of our lives away and throw them right in the garbage. #TheBachelor

Arie tells his dad that he’s in love with both girls and his dad replies, “good luck, buddy!” Lauren meets the gang first. Arie just wants Lauren to speak today around his family. That’s pretty much all he’s hoping for. Lauren is concerned she’ll have another broken engagement, Arie is concerned he’ll be in another relationship where his significant other is a mute. That sums up Lauren’s viz.

Next, everyone in the fam talks about how much they loved Lauren and how they pre-judged and hate Becca without giving her a chance. Mama L tells Arie, “I love Lauren but I also love Becca.” And Arie is like WELCOME TO MY LIFE, BETCH. Arie Sr asks Becca if her and Lauren get along. WHY DOES IT MATTER? He says they’re both nice and he’d be fine with either choice. What a dick. The fact that Becca’s entire visit has been about Lauren is a foreshadowing like no other. Surprisingly, the family casts their votes for Becca because she’s independent and can hold her own and not take any shit from Arie. Whereas Lauren seems like a baby bitch who constantly needs reassurance and to be pulled out of her shell. I’m paraphrasing here. But it sounds like Arie feels like he should be with an outgoing girl but always ends up speaking on behalf of his girlfriends and wanting to take care of them. So basically he was hoping his parents told him it was ok to be with Lauren, and when they didn’t say that he was like well, fuck. 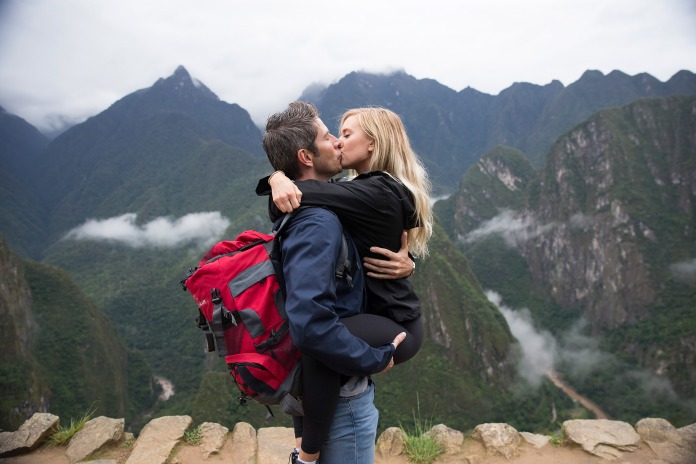 Arie and Lauren talk about how lucky they are. Honestly that’s all I took away from this date. Basically Arie is looking for each girl to prove that she’s the one for him and it’s not gonna happen. So he’s just jabbering on and on about why he loves her, looking for reassurance. At this point in the episode I grabbed a handful of peanut M&M’s from my candy dish on my coffee table and for fear of getting the colors to rub off on my clammy hands, I set them down on the couch but they kept rolling around, so I instead pulled out the front of my oversized Bayside Tigers sweatshirt and created a little pouch as a holding tank for my candies so I could toss them down the hatch one by one without having to reach so far. Telling this story and laughing out loud about it is 1 ZILLION BILLION TIMES MORE INTERESTING THAN WATCHING THIS DATE OR 5 HOURS IN TOTAL OF A BACHELOR FINALE. Later, Lauren tells Arie why she loves him and how she’s so ready and unafraid of their future together. They talk about how they both envision drinking coffee in the morning and taking the dogs for a walk. Neither of them say where that will be, which seems like KIND OF an important detail for people from two different cities. But they love each other so much and that’s that. 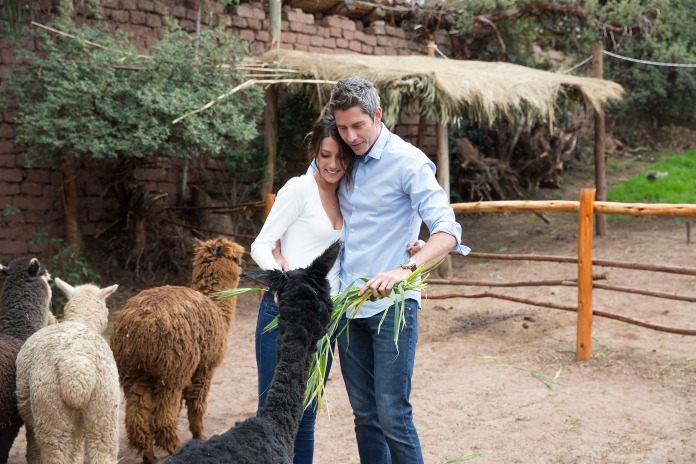 They try on drug rugs, go to a petting zoo basically and Arie spends the whole time comparing Becca to Lauren. What a dink. (Side note: taking one girl to see an amazing landmark and another one shopping at a farmers market should be illegal.) Later Becca confesses that she’s afraid of and threatened by Arie’s relationship with Lauren. Arie stutters don’t worry, just think about us. But like also says he’s feeling conflicted. This is a foreshadowing like no other. Becca presents a scrapbook to Arie that she made with a long message about her dad dying and pictures of all their dates and room for pictures of their baby. YIKES THAT ESCALATED QUICKLY. The biggest takeaway here is why is Becca still using her last initial to sign the scrapbook this far along?

In between commercial breaks, we’re treated to Chris Harrison gathering a smattering of kicked off contestants and dum dum bumbling bachelors past to offer their one sentence input on what we’ve seen so far. I wonder if when the show pitches 5 hours for a finale, they’re like we’re just going to ad lib for about a collective half hour with whoever will agree to appear. GREAT TV. It did give us this gem though…

But real talk does this mean @jason_mesnick and I are off the hook now?? #TheBachelor

Who knew Ben Higgins was funny?! Learn something new every day.

Arie picks out the ring probably not knowing who the hell is gonna be wearing it and does not have the common Bachelor(ette) courtesy of letting the loser down easy the night before or that morning so they don’t get all dolled up to get dumped.

Lauren is the first out of the limo and history is not on her side with that one. Lauren’s whole speech is about how she had her guard up because she was scared but in reality she loved him all along and can’t wait to love him forever. Arie says something has been holding him back and he can’t go through with it and he can’t explain it. He walks her out and Lauren goes, “Why did you do that?” and Arie says he didn’t know until that morning. Bullshit. In her car ride home Lauren questions, “how can you get down on one knee when you weren’t sure like, 3 hours ago?” Valid question, Lauren. VALID QUESTION.

Becca then emerges from the limo and we still have AN HOUR left. COME ON. I’ve now resorted to reading an actual book during the show and looking up every few minutes to see if I’ve missed something major. Becca’s speech is about how comfortable she is with Arie and how easy their relationship is. Becca gives Arie confidence and his love for her is immeasurable. He thinks about their kids and growing old together and he chooses her for every day for forever but wait…does he? The both celebrate and say it’s just us now! And talk about having babies. This is so totally cringeworthy and we haven’t even gotten to the “uncut breakup” yet.

Chris steps in to tell us normally this is where the story ends BUT NOT TONIGHT. And we’re brought into the weeks after the proposal where Arie tells the camera that he wakes up every day thinking about Lauren and feels as though he’s made a mistake. He talks to Chris Harrison first of course, because ratings and says he’s made up his mind and wants to pull the switcheroo. Becca rolls up to an Air B&B expecting a romantic couples getaway in LA and she’s about to be dumped on camera. Not for nothing, but it should be a HUGE red flag that the proposal has happened and there’s still a camera crew following you around and asking you for confessionals. How is it possible that Becca is not suspicious of this? I feel like she’s gotta be more woke about this having just been on a reality show for that many months. Regardless, we’re then treated to like 30 mins of uncut exploitation of a girl getting her heart curbstomped. It’s excruciating. There’s literally no other way to describe it. Arie tells Becca he wants to see if there’s something still there with Lauren and then quite literally will not leave after he tells her he doesn’t want her. Becca says she’s done, goes into the bathroom to sob her face off and Arie’s like hey how’s it going in there? GET. LAWST. BRUH. He forces her to sit down and talk again because he’s the worst 40 year old human with grey sonic the hedgehog hair on this planet and finally after she tells him for the bazillionth time to leave, he gets the hint and peels out in search of a future full of “wow’s.”

Cut to Becca onstage with Chris watching this brutal slaughtering once again with a live audience AS IF SHE DIDN’T ACTUALLY LIVE IT. Her and Arie haven’t spoken since the filmed breakup. And Chris is like well  do you want to see him? Because he’ll be on this stage tomorrow live and we’ll continue this WHOLE CHARADE! I hate everyone.

PS I’m interested to see what Lauren thinks of her current boyfriend telling the girl he proposed to (Becca) that he saw absolutely no future and had to force it with the girl he’s currently dating (Lauren.) Hey Arie, once it’s said on TV, it’s forever, baby.