Jacqueline is at a point where she feels like she could make the decision to fall in love.

Let’s Fall in Love Under the Tuscan Sun with Becca

They drive an old hot rod into town and Arie shows us he sucks at Italian when he orders a loaf of bread. On their picnic, Becca reassures Arie that she likes him and is here for him. WHY?! He should be reassuring you instead of giving you literally nothing and speaking shitty Italian!

Later, Becca reassures Arie more by saying she’s falling for him and wants him to meet her family and he’s like thank you, here’s a rose. I really genuinely like Becca and therefore I hope that she doesn’t end up with Arie. She does make me doubt her choices when she takes her shoes off outside to make out with Arie against a wall.

In subplot that makes me go WTF this week…Jacqueline cries to Kendall that she has doubts about how feasible this relationship is. But really, she’s using words like feasible and precipice to decode if she likes Arie or not. Go home, Jacqueline, you’re drunk. It’s aggressive that this is made into a do or die storyline but I guess this is what happens when your only villain gets kicked off. Jacqueline goes to Arie’s room, swigs his wine, rubs the back of his head and tells him she’s not confident in her feelings for him. After one date, Jacqueline doesn’t want to be married to Arie and living in Scottsdale. Then she grabs his face so hard and kisses it, I’m actually afraid. We are witnessing the worst part about this show. Put a bunch of women on TV to fight for a guy’s affection and let all of their relationship insecurities run wild. WOOF. Not for nothing, but I noticed as J was manhandling Arie’s head that she’s wearing a claddagh ring facing inward. So like, maybe go home to your boyfriend. Either way, forcefully making out with Arie, sobbing, and incessantly touching her hair isn’t helping her create feelings for this dud, so she bids the pack adieu.

This Looks so Italian! with Lauren B 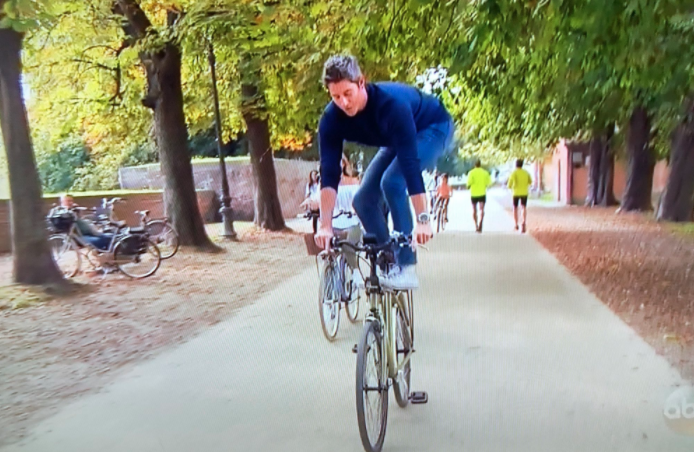 They ride bikes and Arie shows off by standing on his bike probably trying to get any sort of reaction out of Lauren. She smiles and says nothing. Stop trying to kill yourself to impress Lauren, it’s never going to happen, Arie. Over some native ‘za, Lauren expresses that Arie would be the first guy introduced to her parents since her ex fiancé. Pressure’s on. Little bambinos kick the soccer ball at Arie to interrupt this incredibly awkward convo and Arie’s like HEY, LET’S JOIN THESE STREET CHILDREN WITHOUT AN INVITE. As my friend Kristi pointed out, Lauren then has to play soccer in a strapless bra, which is pretty much the worst thing that could happen in Italy, or like anywhere

At dinz, Lauren B says she’s starting to fall in love and Arie literally just peaces out. Like gets up and walks away from her. I’m secondhand mortified for LB. The first time she speaks more than 4 words and he’s like BYEEEEE. One time a guy in a bar walked away from me and when he returned he admitted that he farted and needed to take a lap to air it out. Upon Arie’s return he said he needed to walk away because he’s falling deeply in love with Lauren. It’d be much more acceptable if he too needed to walk upwind of his gas. MAJOR BACHELOR FAUX PA. Remember when sweet, dumb, unlovable Ben Higgins told two girls he loved them? That went real well. Jus sayin.

Pups in a Winery with Seinne

Blah, blah, blah, Seinne is WAY TOO good for Arie and therefore this date is super pointless. They make heart shaped pizzas, which is a perfect segue for me to tell a story about myself (again.) When I was studying abroad in Florence like the white privileged basic betch that I am, I learned how to put away an entire pizza, plus a lot of Carlsberg beers, plus a lot of kebabs. Most importantly, I learned that if I went to Gusta pizza and the boys made me a heart-shaped pizza, I was looking like a dime that day. If I came in hungover and unshowered, I could expect a regular ass circle pie like the human garbage that I was. Bottom line, I hope Seinne appreciated that heart shaped pizza. Mi Manchi, Gusta. (Yes, I Google translated that because 3 years of Italian and a semester in Italy and I retained absolutely nothing.) Also, of course Arie sends her home. All the girls are so shocked, especially the elf on the shelf/Bill Cosby/Gilligan/Fat Albert/Jeopardy Guy, etc. 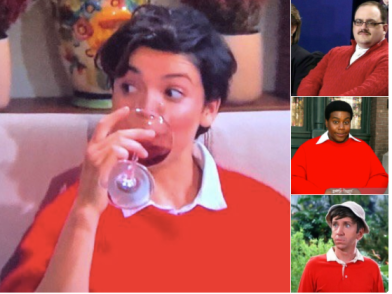 The Other Three “Date”

Arie says, “Ciao, Ciao, Ciao” giving me hard flashbacks to when every creeper Italian on this earth would shout Ciao Bella at me in a rapey way. Bekah is not having a great outfit episode. She goes from her triple XL red sweater with a white collared shirt to Little House on the Prairie. Tia has concerns for Arie wanting to be called Daddy by a 22 year old who dresses like a monk and what that might mean for her relationship. Credit where credit’s due though, Tia also tells Bekah she talked mad shit. Bekah sobs and runs right into Arie’s arms for cuddles & comforts and possibly a quick lullaby. After she calms down, Arie wants to know about her family because he knows they disapprove of this process. Bekah chooses not to disclose that her mom disapproved so much that she reported her own child missing. Bekah says she’s getting white hairs because she’s like, so old. No…really. And then, OUTTA LEFT FIELD, Kendall gets the first rose!

An outfit change later, Bekah tells Arie, “Have a little faith in my 22-year-old self.” She gets sent home. Arie cries about not seeing their lives together but also because he really, really wanted to bone Bekah.