Something French with Lauren B.

Arie tells Lauren he was saving this date for her. Which seems like a real load of bullshit. They take a walking tour of the city (what a special date to save) and Lauren says wow a bunch of times. She is a less talkative Lauren B from Ben Higgins’ season. The B stands for boring and that’s obvious. Arie comes off a little desperate for someone who’s dating 10 other girls right now. He says he’s looking for reassurance from Lauren that she likes him. He can’t stop repeating in different variations that he has a boner for her but there’s not a lot of brain activity happening up top.

At dinner, Lauren confesses that she friend zones everyone and doesn’t feel like she can open up until she trusts someone. So like this certainly is not the show for her. Arie in turn confesses that he knocked up his last serious girlfriend. She lost the baby and left him all at the same time. For once, Lauren B reacts with something other than “wow.” Kind of an unexpected turn of events to slip that story in there, Arie. The shocking story helps Lauren to open up a little more and therefore get rosed.

Let’s Get All Dressed Up with Becca, Bekah, Seinne, Tia, Jenna & Chelsea

It’s this season’s choreography date where the dancers crush it and the awkward birds (like me) look like spazzoids and probably cry about it! Good thing the Bachelor doesn’t allow fatties to participate because the girls all suit up in two piece bedazzled thongs for the Moulin Rouge main act. Black boxes GALORE covering up all these bholes. After Arie inspects each individual buhhole strutting across the stage, he hangs with all the girls before announcing which HPOA gets the rose and stage time. It’s Bekah, you know the one whose known to not call her mom and end up on a missing persons list? She sobs it up like an itty bitty baby. A missing one, at that. In a brutal turn of events, all of the rejects have to watch Bekah shake her 22-year-old T&A all over Arie from the audience.

This is what happens when you only have one villain for a two on one date. We get the most random match up ever. Arie goes into the giant maze and whichever girl finds him first gets time with him. What a tactic. I for one would’ve just left right there. One time I did a corn maze with my friend that was set up for children and we were in there for hours freaking out that we may never resurface again. The sun was starting to set. There might have been tears and a whole lot of panic. When we finally emerged at dusk, the smartass teenager running it ROASTED us in front of everyone and basically told us we were mentally challenged. So yeah, if any man asked me to find him in a maze I’d chuck up my deuces immediately. Lucky for Kendall, who ends up back at the beginning, a PA steers her in the right direction and she’s found Arie by the time the commercial break is over.

Krystal blubbers a whole lot of um’s to Arie about how they’re connecting and working through a challenge then uses her remaining time to say Kendall shouldn’t be there and isn’t ready for love. In typical 2 on 1 date fashion, Arie then repeats this verbatim to Kendall to see how she’ll handle it. She holds her own then tries to kill Krystal with kindness after and tell her that she understands her and sees the beauty within her. It’s super weird and gives me all the uncomfies. Probably because Kendall literally scoots closer to touch Krystal’s arm while that little baby porny voiced B stares up at the sky with dead eyes. It’s not a part of her snakey script so she cannot comprehend what’s happening. 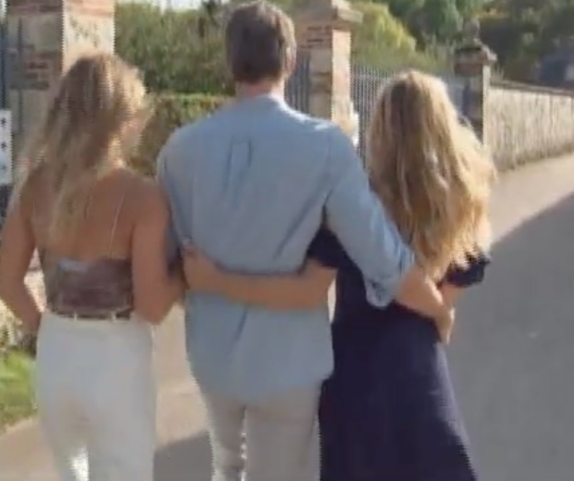 The date is extended to dinner because Arie can’t decide. He finally gives Kendall the rose because he “sees more promise in their relationship.” YOU GOT SERVED, KRYSTAL. BOOYAH. Her fake ass monologue about wanting to feel accepted and good enough plays in between cuts of Kendall and Arie watching the Eiffel Tower light show and jamming their tongues down each other’s throats. Again, not to brag but I knew Krystal had one more week left in her before she was tossed. It’s like this show is scripted or something. HMMMMM.

We are mere seconds into the date and the one whose studying to get her PHD SAYS THIS?! RLY?! “It is hot when guys who know things about things, do things about things.” Arie buys Jacqueline a fancy dress to wear to their dinner date where he admits that she’s far too intelligent for him. HEY GIRL, THAT’S A RED FLAG. ARIE IS DUMB. AND INTIMIDATED BY YOUR SMARTNESS. AND WANTS A GIRL TO MOVE TO LA WITH AND PROMOTE SHIT ON INSTAGRAM. When J-Dawg talks about her 6 year plan of getting her PHD, Arie tells her that he feels like he’s holding her back. She then quickly offers to do whatever in order to date him. And this is a role model for you, ladies! Dream, schreams, if a guy chooses you, that’s all that matters! Woof this date is cringeworthy, especially when Arie gives her the rose and says they’ll figure it out. Start researching Fit Tea!

Guess Arie doesn’t want to be a dad, see ya Chelsea! Next up, Tuscany!

PS The editing team tries to throw one hell of a sizzle reel together to fake us all out into believing that this show might actually get interesting this season. I’m gonna go ahead and spoil it for you, it won’t.