Chris Harrison kicks off the episode with a cheesy Zack Morris talking to the camera disclaimer about why this season of the Bachelorette is ahem, so different & special. And why Rachel got such an outpouring of love and support. Wink, wink, nudge, nudge, ABC is 100 years behind the curve and never had anyone but whiteys as the star of the show. LET’S GET THINGS STARTED! We see Rachel in a community court setting standing up and saying, “I object”. So like, that must mean she’s a real big lawyer.

When @chrisbharrison says it's going to be "the most dramatic season EVER." #TheBachelorette pic.twitter.com/CHux7ZblqX

Another extremely important takeaway: Apparently they got loosey goosey this season and let Rachel bring her dog. Quickest way to get me to commit to this season? Give the pup maximum screen time. In fact, if we could incorporate the little wuppy into all future dates that would be ideal. Tysm. Since I can’t write a blog all about Copper the dog (I mean I could, but whatever) let’s talk about the 30 goons. 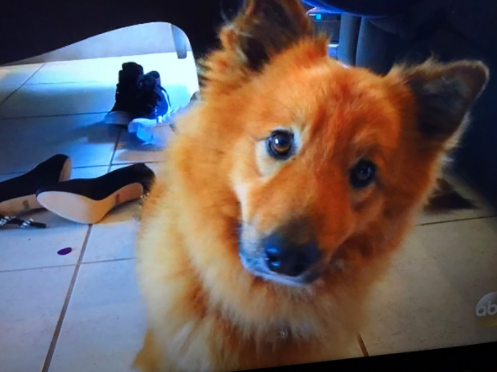 “Pretty Boy Pitbull Kenny King” (say that 10 times fast) is the pro wrestler with a heart of gold apparently. He’s a contender right now and I’ll temporarily forget his affinity for edible arrangements as romantic gifts. Kenny talks about how much he loves his daughter, does the wave with Rachel as his intro and is nice to all the other guys.

Jack Stone introduces himself as Jack. WTF. WHY SAY YOUR NAME IS JACK STONE IF YOU’RE GOING TO GO AS JUST JACK? Just Jack talks about his mom dying from cancer when he was in high school. So he’s a real downer. Also, his teeth are confirmed 1000% fake.

Alex’s intro is all gym rat, until he starts coding and tossing around a Rubik’s cube of course. He speaks another language and puts meats on a kebab with his mom.

Mohit looks like he’s 17 and he wants to get married because he’s pretty much the last one in his giant family to get married and have kids. The pressure is real. Instead, he gets super drunk on night one and watches Rachel kiss another guy. You win some, you lose some, Mo.

Lucas immediately teaches us what Whaboom is…apparently THIS IS HIS CATCHPHRASE THAT HE SHOUTS WHILE HE MAKES WEIRD FACES AND HAS SEIZURES. Definitely NOT what I pictured when I read this as his career and refused to Google it. Lucas uses a megaphone from the limo to shout about his testicles and how he’s Rachel’s future husband. Then he obviously whabooms her real hard. SHE DOES NOT SEEM TO ENJOY IT. Neither does anyone else in the house when he does it 1 trillion more times. He hawks his Whaboom frat tanks on twitter though, so who cares what the other guys and the rest of America thinks, amirite? Merch never sleeps.

Diggy gave himself this nickname because of how fashionable he is. He tells Rachel he’s, ‘Hopefully here to teach her how to dig’. That’s enough, Diggy.

Josiah talks about cutting his brother down from hanging from his backyard tree after he was bullied about his weight when he was a child. Was not looking for that deep, dark turn while watching my trash TV. He was rebellious for a while and now he’s a state attorney reppin kids like him. He ALSO gets a fake court scene (match made in heaven with Rachel?) Jo looks sharp in a grey jacket on the first night but then quickly negates it with a little legal jargon flirting. SNAGS THAT FIRST STEAL, THO. (So everyone hates him.) They talk about lawyering stuff and then Josiah fights with Demario about who will make Rachel their wife. So he went from frontrunner to buhhole real quick.

During a quick break from meeting these boneheads, we cut to the loser contestants from Nick’s season giving Rachel advice/talking over each other. It didn’t take long to remember how annoying all these biddies were. Whitney (?) who never once spoke last season, tells Rachel that her sorority sister’s friends mom’s cousin knows Demario from the grocery store once and his intentions probably aren’t pure. Thanks for coming, Whitney. Rach talks about how much she loves her squad. I would KMS if this was my group of friends.

Peter wants to change her luck with Wisconsin guys. He’s cute and he’s wearing a spiffy plaid jacket. Later on, he says everyone likes chocolate and pulls out a box, Rachel doesn’t like chocolate. OK, GIRL. Hey Peter, I LOVE CHOCOLATE.

Bryan speaks Spanish to Rachel at their first meeting and she understands a little. He says get ready to date a Colombian, boo. Later on he reveals that he’s old and ready to settle down. Then he says he’s good with his hands and sticks his tongue WAY down her throat. Even though he attempts to swallow her head whole, he gets the first impression rose. He slobbers on her again as a thank you.

Bryce picks her up and is obv wearing his fireman’s patch. Do you think he’s a firefighter or something?

Will gets bonus points for doing an Urkel impression then getting back in the limo and popping out as Stefan in a full suit. Smooooth.

Not-Drummer-Blake’s grandparents dated for a couple of months and have been married for 65 years. Unfortunately this did not help his chances and he was kicked off and wah-wahed about it.

Brady breaks a literal block of ice in front of her. Just stand there and be pretty, Brady.

Side Bar: I’ve never seen a room full of men turn into a bunch of insecure bitches faster than when the limo with the guys who already met Rachel on After the Rose showed up. They rolled in and immediately everyone was like Hi, you got 30 more seconds of screen time than us and therefore we hate your stinkin guts. It was like hate for the first steal guy magnified by a billion.

Dean (originally met Rachel on the after the rose) and declared once he goes black he never wants to go back. He asked for reassurance on his introduction because obviously he got some backlash for being accidentally racist or insensitive. Rach was like I loved it so much!!! Later on, he tells her that he lives near the beach so they build a sandcastle in a sandbox.

DeMario is confident AF and then immediately turns into a douche and I regret saying he was my favorite, of course. But then he says N*SYNC or BSB as his first question to Rachel and they both answer correctly #dirtypopforlife. But seriously though, fighting with the other guys on night one about how this woman is your wife is too aggress.

Blake the aspiring drummer spends his pre-recorded intro talking about his penis and sex skills.  Then at the mansion he drumlines in and thinks he redeemed his awk intro on the after the rose special. She’s not looking for a marching band, bro. Also you talked about your dick on national TV, people don’t forget. It soon becomes clear that Blake hates Whaboom guy, like A LOT. Like might commit a murder in front of our very eyes. They both need to GO.

Fred brings his yearbook to show that he was in 3rd grade at the same school Rachel was in 8th grade. Rachel wants to get to know Fred as a grown up since he was a little asshole child.

Jonathan steps out of the limo with that serial killer mug of his and then tells Rachel to close her eyes and put her hands out. He then tickle attacks her and I almost rocketed off of my couch in rage. TICKLING IS THE WOOOORST. No girl likes to be tickled. It can be compared to a form of torture and if I were Rachel I would’ve stomped right off that stupid wet driveway set if someone came at me hot with tickle hands. Jonathan needs to get off of this planet.

Lee sings a shitty song and gives her a flower. (Also I wasn’t far off by saying he was going to be trouble…apparently he’s the house bully this season and also might have a girlfriend on the side. DRAAAMAAAA)

Milton takes a selfie, that he’ll probably try to sell because he’s trying to get “discovered”. Unfortunately, admitting you want fame in your bio doesn’t always add up and he’s sent home. He turns on the tears REAL quick to show that he has range in case any casting directors are watching and talks about how he was the best dressed in the room A LOT. If we’re being honest, Peter was dressed like a baller, Milton’s just meh.

Adam brings a creepy dummy that’s basically a The Children’s Place window mannequin. It gets a lot of closeups and NOT UP IN HERE am I going to watch a TV show with a terrifying doll as the main bit. MAKE IT STOP, ABC. This guy deserves to be kicked off just for bringing this creature.

Matt is this year’s dolphin/shark and dresses up as a penguin because they mate for life. He can’t really see out of his costume but it turns out that it conveniently covered his bald spot so I started to understand real quick why he wore it. Milton was a little pezzzed that a guy in a penguin suit got through and his $2000 suit didn’t get noticed. You just got Bachelorette’ed, bro.