1. Happy Birthday to me, from Harry Week.

Harry + James 43v3r, beginning May 15th, the day that I was born into this world. WHAT CRAZY ANTICS WILL THEY GET INTO?! You bet your bottom dollar I’m about to find out. I’m so excited that I’m not even thinking about how my sister, brother in law and boyf collectively RUINED his SNL appearance for me by continuously asking why I thought he was attractive. I’m choosing to ignore that STUPID question and get ready for new music and new lawlzzzz from this dynamic duo. PS: I lied. I’m not going to ignore that stupid question. Just look no further than the first three gifs I found on google. Any mood-Harry is sexy. Argument over.

I can’t with the Bach contestants and how they treat their lives like a boozy adult summer camp. Go on dancing with the stars, “write” a book, promote MVMT watches on InstaG, go to paradise for 3 weeks to bang other bach family members #incest. Rinse, repeat. Well it looks like Farmer Chris done F’ed that up for himself. In the sketchiest recount of an accident I’ve ever heard apparently two trucks fell in a ditch and the driver of the other vehicle died. Then Chris ran away and hid at someone’s house until the cops provided a warrant to drag his ass to jail, where he took this v sober mugshot. YIKES. What would Chris Harrison say?

Get ready to dance and fall in love! #DirtyDancing premieres Wednesday, May 24 on ABC. pic.twitter.com/nb4EcPqMbz

I previously shit all over this casting job when it was announced but now that they’ve actually released footage it deserves to be re-dumped on. Why ruin a classic? This seriously looks terrible and the fact that it’s a made for TV movie says everything. Yes that’s right, calling it a “great television event” doesn’t change the fact that it’s a higher budget Lifetime movie. Don’t you dare disgrace Patrick Swayze and his magic hips like that. They’re sambaing in his grave as he ROLLS OVER.

Met some magical, innovative, badass people last night. Thank you #Time100 for including me on this list. And any night that ends in a huge, snappy dance number is a good night by me. 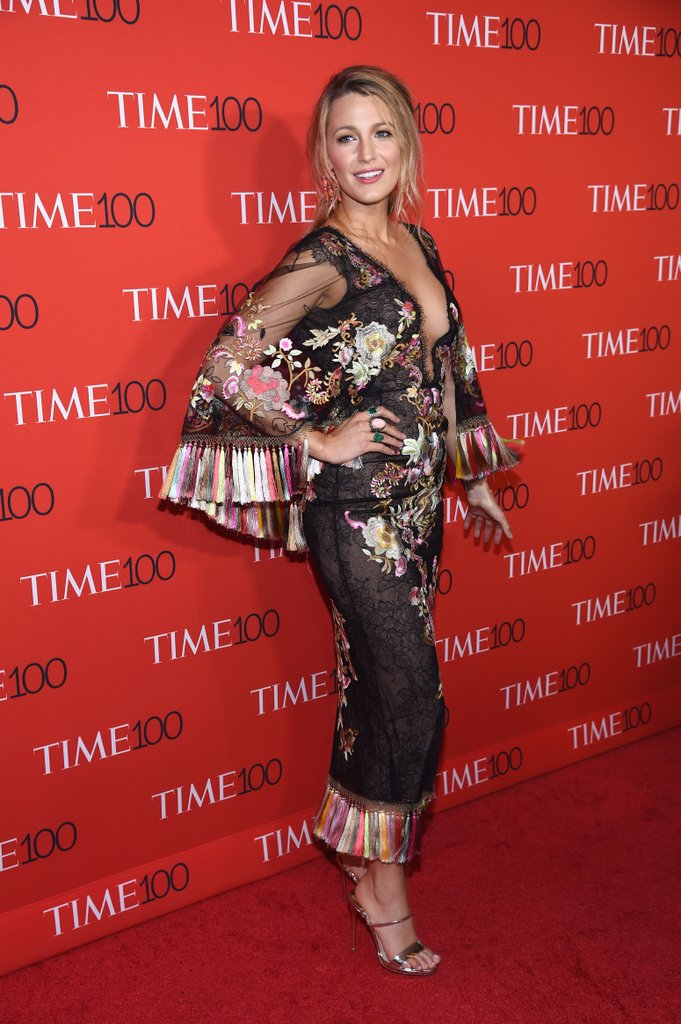 Blake & Ryan hit the red carpet making me uncontrollably drool all over and I needed to talk about it obviously. This dress is pretty ugly but it’s Blake and I still gasped when I saw her. That’s all. Carry on.

Ja created Fyre Festival on an island in the Bahamas where tickets were like 1200 bucks and he promoted it with a bunch of models on yachts but like guess what? It was a heaping pile of hot garbage. Or in the words of every update from it today: MASS CHAOS! It’s a good thing the target audience for this shitshow wasn’t millennials addicted to social media… oh wait…

The dinner that @fyrefestival promised us was catered by Steven Starr is literally bread, cheese, and salad with dressing. #fyrefestival pic.twitter.com/I8d0UlSNbd

Definitely looks like a once in a lifetime experience! Hey Ja Rule, how about you stop pretending you’re the next music festival mogul and get back to popping out bangerz with Ashanti. The jig is up. You’re embarrassing yourself. Also, not to be glossed over–anyone who bought tickets to this event based on a rap music video promo with models shaking their T&A:

BRING US INTO THE WEEKEND JA!