I took a self-imposed hiatus because Hollywood has been BORING AF lately. It’s pretty selfish of celebrities to not give me something to razz them about, honestly. Lucky for you I found just enough to get back in the saddle this week. HAPPY WEEKEND!

Our ears will be blessed next Friday with the only real solo act to come out of 1D that anyone should care about. Harry’s done pretending to be a serious actor and he better DELIVER on the music front after we had to wait this long. Mysterious wading in the water photo isn’t really giving us much but thank God it has already been announced that he’ll be the musical guest on SNL 4/15, with host Jimmy Fallon. Fingers crossed that JFall’s Harry meets real Harry in a skit, or we riot.

Babymooning and pretending my blended lemonade is a margarita 🌴👶🏼🌙🍹

Pregnant bellies kind of freak me out. Mostly because like, there’s a human in there and if I push too hard will it die? This is something I may never know. So preggers people rocking bikinis at the beach usually gives me the heebie jeebies. The minute I see a baby arm or leg move like it’s taking over your body I’M OUTTA THERE. But of course, leave it to LC to make pregnancy chic as hell. Perfect mani, cocktail and beach scene=realistic look at pregnancy.

Look, ARod’s kind of a loser. He could never compare to Jeets and it’s embarrassing how obsessed he is with himself. But let’s be clear, there’s nothing more embarrassing than a nobody (who is this biddy?) telling you that you’re outkicking your coverage in a major way. Girl thinks she’s being cutesy with the sports reference but ain’t nothing gonna cover the fact that she straight up told ARod to his face that he’s not good enough for Jenny from the block. Facts only. Also they’ve been dating a casual 3 weeks so like maybe slow your roll with yapping about her on a talk show. She just got done banging Drake. It’s not going to last. Especially since you’re, hitting out of your weight class? IS THAT HOW YOU SAY IT? LOLOLOLOL. PS unrelated but kind of related…the 3 no name hosts plus Joy Behar saying that JLo liking chocolate chip cookies is breaking news made my eyes roll out of my skull and halfway across the room. HOW IS THIS SHOW STILL ON TV?

Despite the fact that it’s rain/snowing in New York for THE NEXT TWO DAYS…I’m going to jam out to this new Thomas Rhett number and pretend warm weather is just around the corner. Ignore the fact that little hoebot Maren is featured on this. Pretend it’s his perfect wifey instead.

How else do you celebrate a new single release on your birthday with your pregnant wife while in Vegas? 😂🐆#Repost @laur_akins ・・・ Cheetah robes, balloons, milkshakes & Double Doubles from In-N-Out for the birthday boy in Vegas 🍔😍🎉🎂🎈🙊🤤💚 HAPPY BIRTHDAY THOMAS RHETT 😘 I love you babe!! You make me the happiest girl in the world!!! #Daddy #24k 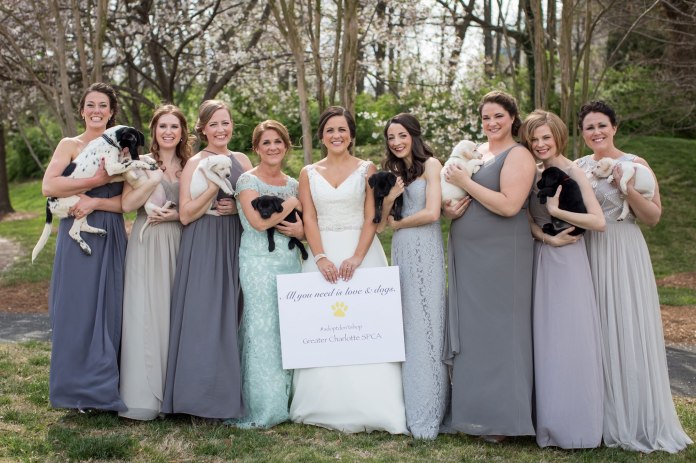 This has literally nothing to do with anything other than the fact that it was an article on People today but if I’m in your wedding party and you don’t give me a puppy to take pictures with, you’re essentially dead to me. Group photos for weddings are the WORST. The way photographers direct women to pose is only setting us up for failure. “Blow a kiss”, “Walk toward the camera with sass” “Kick your foot up in the air” results in me looking like an awkward giraffe with my mouth open and/or eyes closed 98% of the time. Congrats on getting married, whose that weird bird who ruined all of your professional photos?! …is what I imagine everyone says when they view the final product. (Just me? Whatever) Either way, it’s IMPOSSIBLE to look like a spazz when you have a cuddly baby puppy wuppy in your arms. 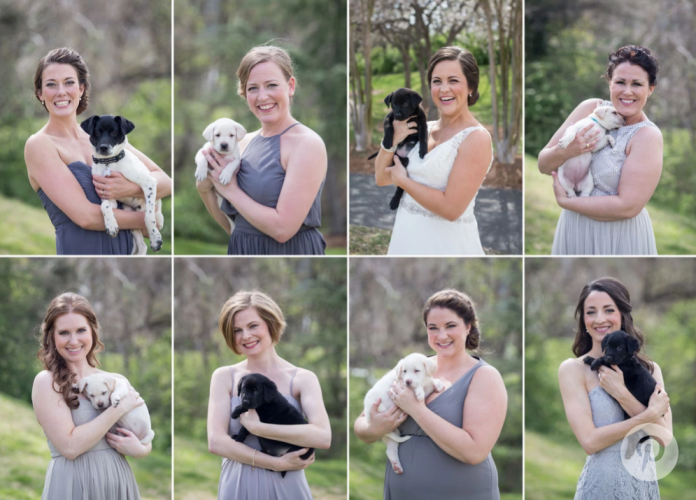 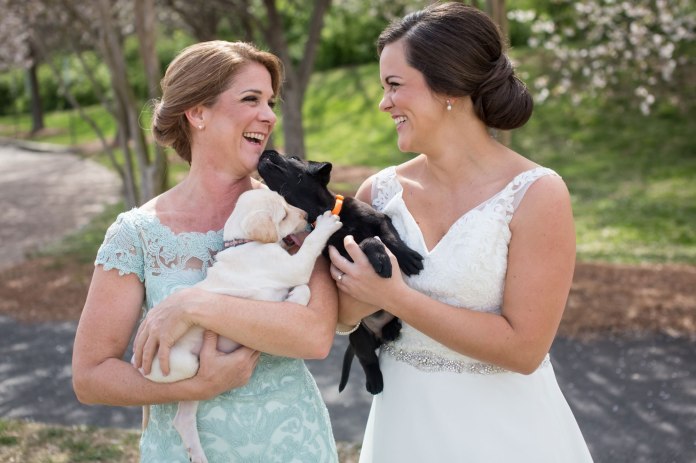 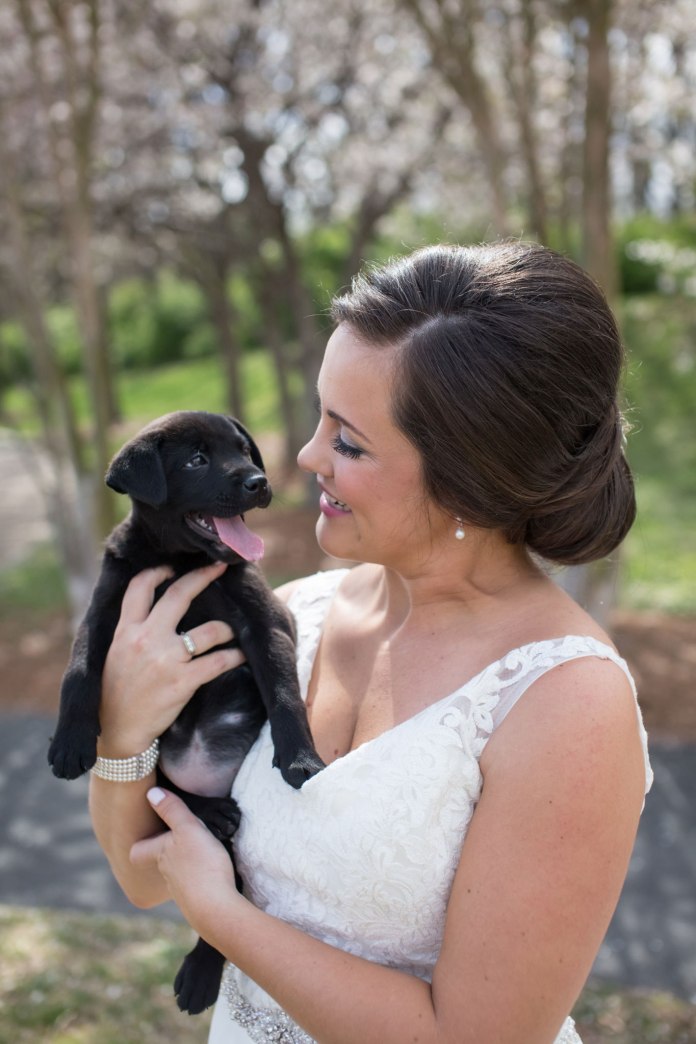 Summer of 1999. Abercrombie tshirts and bucket hats. Opening for this guy and his band. Look at my nervous smile! 🙈 #tbt #memories

DUBZ BONUS: LOL to the fact that Melissa Joan Hart is suddenly all omg I totally should’ve dated Ryan Reynolds back in the day. HE’S BLAKE’S MAN. BACK OFF, SABRINA. (That hair though.) 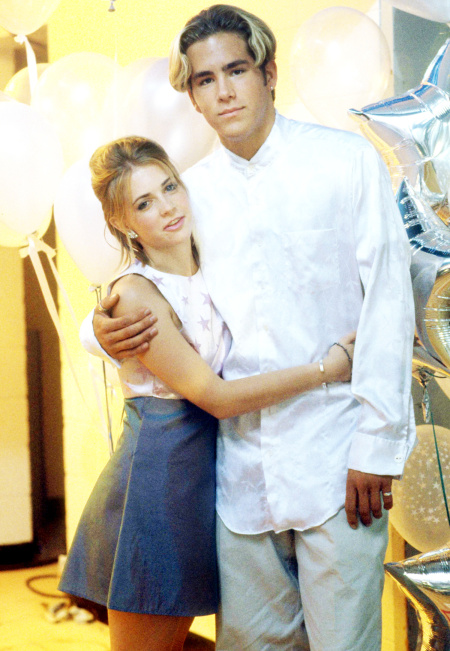