1. Everyone’s all up on Taylor’s Jock AGAIN. 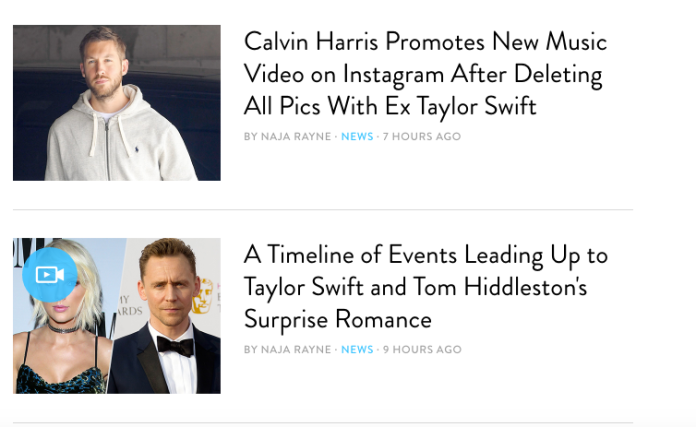 Honestly, People.com FIND YOUR CHILL. These screenshots were all from the day that news broke of Tay smooching Tom Hiddleston and it was downright embarrassing that they covered their website with these headlines.In a much more laid back way than People, I’d like to offer up the opinion that this is a weird rebound choice, tbh. Also Calvin deleting insta pics and unfollowing Tay on Twitter is a liiiiiiitttle high school and kind of defeats the “a relationship ended and what’s left is mutual love and respect” tweet post-breakup. Still doesn’t mean we need 15 stories dedicated to dissecting it. Jus sayin.

2. This is better than The Notebook rain scene.

Damn, Nick! This was hawt. At first I was like k, why is this B writhing in a bed and crying. Seemed pretty dramats for a song about not banging someone. Then they bang in a luxury rich people shower. And when I say bang, I mean he banged the diamond necklace right off of her. Fist bump. Say bang again. 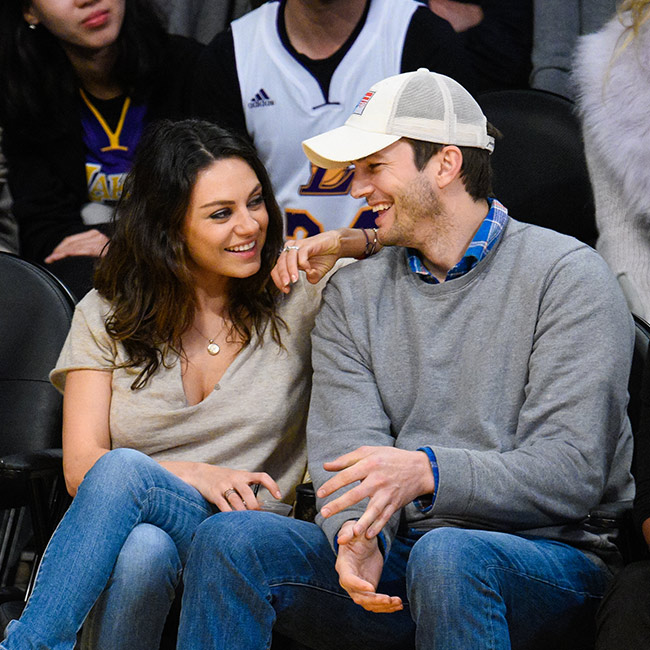 There should probs be a Hollywood law that you can’t procreate again until we’ve seen the first one. Seriously, what’s with all the privacy people? Tay pecks someone and it spews into 15 different stories but we can’t even get one peek at your baby? (cough cough Gosling cough) Anyway congratszzzz guys, I’m sure it will be cute af with a bizarro name. Editors Note: I used the google and actually found some pics of lil Wyatt which makes my whole blurb on this a moo point (cow’s opinion) but I’m too lazy to retype it. She’s adorbs, of course.

4. Could these two be cuter?

So much love for this amazing group of women, their patience with me has been unbelievable. Big thanks to all of the #Dimension404 cast and crew.

The answer is no, of course not. SUH CAYUTE. While we’re at it with posting insta’s from the Buckster, he’s really been on fire this week closing it off with this nostalgic gem:

@stephencolletti and I met this girl on the street and thought she looked so much like Hilarie Burton that we had to take a picture.

There was no Bachelorette this week and therefore, no Chad. So while I ordinarily don’t include bach news on the JUice (unless it’s an inevitable break up that I predicted, lookin at you Chris Soules) I needed to include this for a good laugh. This is Chad watching himself for the first time on the show and enjoying it just as much as I did. What a performance he gave us this season. Only 3 more days until we see his grand finale. Can’t w8. Side note: If you need humor today as much as I do, check out his entire instagram. It’s gold.