1. You get a reality show, you get a reality show, YOU ALL GET REALITY SHOWS. Apparently this was the week of oh, you’d like to be relevant again? Here’s your own show. Nick Lachey and Drew Lachey will have a show called “Raising the Bar” about the two of them opening a bar in Ohio. More famous bro helping out less famous bro open business… Wahlburgers knock-off, anyone?

Ja Rule is going against my strongly worded advice to start popping out more bangers with Ashanti and instead doing a show about his family on MTV. Snooze. No one wants to see you be a dad, Ja…everyone wants to hear about you doing dirty things to Ashanti in a classic rap song. 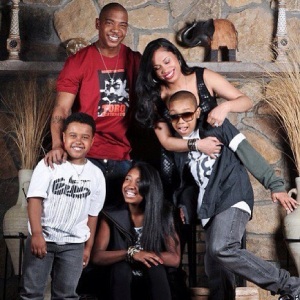 And finally Rev Run and Tyrese will be starting up a talk show based off of their love/relationship advice book Manology. I’m not proud of the fact that I read most of Manology. PS I spent about 40 minutes at work trying to find a tweet from 3 years ago with a RIDICULOUS Tyrese quote from this book and failed miserably…So instead I’ll leave you with this gem of a quote from the book: “A real woman is a freak in bed. A chef in the kitchen. A therapist during hard times & a coach when you’re off your game.” Oh, ok that’s all we need to be? Easy peasy.

2. The Kristen Wiig/Will Ferrell Lifetime movie is happening. And you bet your bottom dollar I’ll be watching. This teaser is RIVETING.

3. TV reunions GALORE at ATX. This is a festival in Austin, TX that is known for rallying TV casts and hitting up everyone’s nostalgia. This past weekend had a Gilmore Girls reunion/panel, a mini reunion of some of the Friday Night Lights cast and a table reading of a Dawson’s Creek episode (not read by the original stars..which is weird…gimme more Pacey). Anyway my little TV obsessed heart near exploded at all of the goods. Here’s some pics. Gilmore Girls is really doing the circuit so I wouldn’t be surprised at the announcement of some type of reunion in the works…it also needs to be said that Luke is WOOOF now. So disappointing. There was much debate about Team Dean, Team Jess or Team Logan (FTR, I’m team everyone BUT Dean. What a wiener.) And Hep Alien did a little show as well. 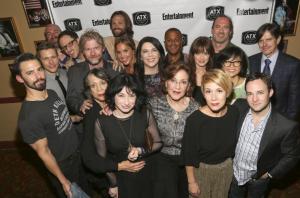 Stars of FNL who played Mindy & Billy Riggins and Tyra Colette got drunk and joked about a reunion and everyone took it too seriously. Texas Forever.

4. Holly Madison airs Playboy Mansion secrets. Holly is releasing another book and basically shitting all over the Playboy mansion. Ever since the Girls Next Door reality show I’ve NEEDED to know about how 3 girls under 30 think it’s aok to share a 90 year old man. Holly described the nightly routine of getting ready for bed and then each getting a turn with Hef where it was over as quickly as it had begun and it soookeedd. (As one would imagine sex with a grandpa would) She also hated her life and couldn’t wait to be released from the Heffinator’s clutches as #1 GF. Yiiiikkezzzz. This is barely news, but I found it interesting nonetheless. Does Hef still have sex slaves, I mean girlfriends? Is Hef still alive?

Sorry this week was lame for news. Hope this makes it better. If it doesn’t, we shouldn’t be friends.