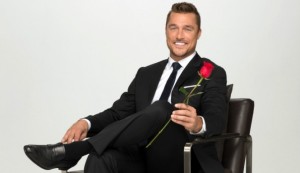 This week starts out in the mystical land of Bali. Prince Farming may be out of his element because there are actual people in this city but he doesn’t let it shake him as he shouts in a market like a foreigner and plays instruments with starving children. He’s so cultured now. I’m really proud. He stares out at the water with his new monkey friends and ponders what it will be like to finally bang one out after weeks of tonguing every woman he speaks to.

Kaitlyn and Chris go to a local temple, no kissing allowed, and Kaitlyn must cover up her buhhole hanging out of her tight pink cutoffs plus her open back top. Show some respect, gurl. They balance baskets on their heads and Chris wears a turban that makes him look like more of an idiot than usual. Chris introduces Kaitlyn as his girlfriend to the villagers, so apparently we’re now watching sister wives. “Everyone is so nice here,” Chris and Kaitlyn agree… and it has absolutely nothing to do with the camera crew following them around. They kick it with their monkey friends who they feed bananas to. The monkeys inspire Kaitlyn to go after what she wants: Chris’s banana.

Later at dinner, Kaitlyn is shaking and she doesn’t know why…I’m guessing it’s because she’s visibly shaken by how sweaty Chris is. Chris sweats in regular moderate temps and as you can imagine, putting him in a tropical atmosphere has pushed his hyperhidrosis through the roof. Bro has pit stains down to his waist. Kaitlyn is having a hard time letting her guard down, Chris tries to relate but ummm I’m pretty sure you’re not also vulnerable Chris, this is your show and you have the upper hand. Quit bitching and choose your biddy. Chris invites Kaitlyn to the fantasy suite, and follows it up with, “I think we deserve this…” AKA “I think I deserve to get a little ‘tration after several weeks of foreplay.” Kait is falling in love with him and is also ready to sex it up in an all expenses paid resort.

Whitney runs into Chris’s arms and wraps her legs around him, because apparently every female contestant is obsessed with the leg wrap greeting. They have a yacht picnic in the Indian Ocean like they’re Jay & Bey or something. The 12-year-old yacht conductor (?) drives the massive boat into the dock, so things start off with a real bang. Whit throws mad shade at sis Kimberly just because she wouldn’t give her approval last week and isn’t living in La La Reality TV Land. Whitney, please don’t apologize for a sister who has rational thought. Chris responds with like don’t worry about it, it’s awkward and stuff. Whitney is reassured. They jump in the water to be spontaneous, but I’m just concerned that Whitney’s going to come out about 4 shades lighter after that spray tan mixes with the Indian Ocean. The creepy child driver is rooting them on as they make out like a solid peeping Tom.

Whit sashays into dinner in a dazzling lime green vacation maxi dress. Whitney reminds Chris that she never got to see Arlington and Chris is like lemme paint a picture for you: there’s 4 people who live there and there’s nothing to do there at all so you have to go other places. I spend most of my time on the couch as a shut in, so would you like to live there with me? Whitney’s like hey I would never choose to live there but I want to be a wife and mom lalala. I’m going to leave my entire career behind for you, mostly because I’m guessing they don’t need any fertility clinics in Arlington, maybe they should focus on grocery stores first. And with that, Whitney has created the new feminist motto: I’ll give up everything just to marry you. Career schmareer. She’s rewarded for her good woman decisions with the fantasy suite.

Welcome to Bali, Becca—check out this small child carrying 100 lbs of vegetables on his head while you stare at him in your leather romper and stress about your virgin confession! Chris gets to see how people without tractors (or simple technology) farm, and it’s really exciting for him to watch the hard labor. They kick it with some of the toddlers who are probably on their lunch break from work and take pictures, rubbing their iPhones in these poor children’s faces. Then they see a love guru/medium/someone wearing a turban. He tells Chris that Becca is hard to control. But then also tells them to make love in order for their date to go well. Chris clearly slipped him a 20 beforehand. This will pay for his rent for three years. Becca is starting to feel temptations though because vacation sex, and they’re making out in a babbling brook.

Chris says that he can envision a life with every single one of these girls. This is when my wine buzz kicks in and I shout at my TV: YOU CAN ONLY PICK ONE, CHRIS. FIGURE IT OUT! Becca word vomits a lot of stupid stuff about trying to find someone to love, and also points out how small Arlington is, like Chris DOESN’T KNOW, gawd Becca you’re SO STUPID. Becca’s real unsure of if she’s ready to commit to such a shitty town when she’s never been in love before and doesn’t know how love feels or anything. Chris replies, oh PS I think I’m falling in love with you too just like everyone else–because he can’t bear to say something to one girl and not the rest. No one left behind. Except for Kardashley, whose body can be found in the Badlands. He also gives her a fantasy suite so that he can sharesies whatever he has leftover from the last two bang sesh’s he just had. (Side note: am I the only one who things it’s a little suspicious that all these girls are AOK with him taking each one of them for a test drive in the same weekend?)

Once they’re fantasy suite-ing it up she’s like ok, TRUTH BOMB TIME. You ain’t getting any tonight! When Becca admits she’s a virg, Chris is smirking so uncomfortably and has quite literally no idea how to respond to it. “I’m glad that…uhh…I respect…um I’m surprised…and um, uh….that’s the truth.” Becca is FLOORED at how perfect his response is. WHAT WORLD AM I LIVING IN? That response was turrible.

The next morning…Chris says the night went swimmingly (as swimmingly as a night without fantasy suite porking can go) and while Becca walks along the beach, he ponders if he should lock the virgin out. Girl has no idea as she walks through the waves that Chris is quietly sobbing into the infinity pool about possibly having to cut her loose.

Chris sits down with C.Harrison to tell him he’d like to choose polygamy and move to Utah with these three boo’s. C.Harrison is like cut the shit and pick one. This week’s drinking buzz word is clarity, and boy does Chris need some in this Bali tropical fog to help him send one packing.

The gang all gathers at a holy ground where it is vital that C. Harrison tells Chris not to rape anyone’s mouths here because that’s extremely disrespectful. I also find this orange belt on Chris pretty disrespectful but who am I to judge. Things are immediately SO hard, so he pulls Becca aside to chat. Becca knows she’s on the chopping block and she’s like I’m definitely in love with you now so don’t send me home. Becca says she’ll do whatever it takes just to stay with him. I finally have to cover my eyes to shield them from all of the female groveling that is occurring for a man who giggled when she confessed she’s a virgin.

After Chris collected his thoughts and exhaled for an exorbitant amount of time to fill the remaining ten minutes, he gives Whitney the first rose. The second rose goes to Becca and Kaitlyn has the BEST “bitch, please” look on her face.

Kaitlyn and Chris say their goodbyes. She handles it like a champ considering he dealt with this like he did with every woman on this show, baby bitch style. He blubbers about how hard it was and how confused he is…and clarity… and she just lets him dribble out a whole lot of dumb. Girl scoops up her pride and dignity and peaces on out of Bali. Kaitlyn is the bomb.com and words cannot express how happy I am that he axed her so she can walk free and do cool shit and not end up with this DUD.

“This is a great start to the beginning of the rest of our life.” Does Kaitlyn know that everyone else also got bang suites?

“I’m thankful we didn’t get eaten by sharks today.”- Chris should probably be more thankful their child yacht driver got them safely back to shore rather than the slim chance that camera crews allowed them to swim in shark-infested waters.

“Unfortunately it’s not so cut and dry.”- C. Harrison. Whoa, this is what they pay you the big bucks for? C.Harrison is a modern day therapist coming in hot with the tough love advice. Just kidding, he’s paid to just sit there and agree that things are REALLY HARD.