The Man was such a throwaway song for me on Lover that I’m surprised it even became a single and yet at the same time I’m not at all surprised because Taylor is on a mission to be top dawg Feminist these days and she won’t stop until she reaches the top or in this case, dresses as a man to show why men stink. At first glance of this “man” I was like oh of course Taylor only casts hotties in her videos. Then no less than 30 seconds later I was appalled at myself as the camera zoomed in and I saw Taylor’s exact face with a beard on. So obviously since it’s a T.Swift music vid it has 90000 other clues and meanings and blah blah blah but I just seriously can’t get past the Man Tay. I mean look at the picture below that she posted. HOW CREEPY IS THAT. WHY WOULD YOU EVER ANGLE YOUR TERRIFYING PROSTHETIC FACE IN THAT HORROR MOVIE WAY?! Even if I was the hottest person on this earth, a cocked head and blank stare at the camera is a guaranteed way to give everyone nightmares and lead them to believe I want to turn them into a skin suit.

This is the most terrifying picture to ever exist on the internet. #ManTayGivesNightmares pic.twitter.com/acbI62Ehws

Anyway, once you get past that it’s a fun Wolf of Wall Street-esque FU to men everywhere and LDC, specifically. But not the Rock though. Because he’s a Tay supporter and therefore gets to voice the “man” and be a big hulking piece of feminist man meat. Anyway, I’m over it. If Cruel Summer isn’t the next single I’m going to hurl myself off a bridge and I don’t really think that’s being dramatic. PS LOL to Taylor thinking she fooled anyone into thinking that wasn’t really her by that BIG REVEAL at the end.

Syracuse’s favorite celebrity, Pete Davidson just dropped his Netflix special and it is THE BUZZ this week because rather than taking the high road post VERY PUBLIC engagement breakup, he got down on his belly and army crawled through the Ariana Grande ravines, using her name and star power as much as possible to draw attention to his probably otherwise forgotten standup special. Well it worked. And now I might even watch the special. Great PR work. Either way, the best part about it, is that he recognized the fact that Barstool called him Butthole Eyes and he’s pretty kewl with it. (Butthole Eyes is still top 5 of weird insults you could hurl at someone.) He has a good sense of humor and can clearly poke fun of himself. Maybe he could also explain how he keeps bedding super model babe after babe. Cause it’s really been a revolving door for him tongue-ing in public since Ariana left. I’m having a hard time keeping up.

This news is a week old but I didn’t do a JUice last week and I definitely feel the need to pop off about this. HBO Max announced that there will be a Friends SPECIAL with the original cast and it will be unscripted and BASICALLY IT’S JUST AN INTERVIEW WITH THE CAST OF FRIENDS. Maybe they’ll talk about their favorite episodes or tell behind the scenes stories or you know, do all the same shit they’ve been doing for the past 10 years but all together in one studio for a paid subscription network and this is straight bullshit. Anyone who saw this news and was like OMG THE FRIENDS REUNION WE’VE ALL BEEN WAITING FOR is dumb. This isn’t a reunion of the show. It’s a special with the cast. Relax. It’s a marketing tool to get more people to get yet another subscription and I’M NOT BUYING IT. Call me when Friends is back on Netflix.

4. GIVE US LIZZIE MCGUIRE. Speaking of dumping on streaming services that are all about the hype, less about the delivery, let’s talk Disney +. They amped up a Lizzie McGuire reboot with original cast and since I’m a Hilary Duff stan through and through, I was like YUP give me Disney +. Realistically what I did instead was ask my two year old niece if she’s seen the movie Frozen (knowing full well she hadn’t) thus leading her to beg for Frozen until her parents bought her Disney + which is the only place Frozen lives. Then I was like oh great, I’ve been meaning to get Disney +, sharesies?! So whose the real mastermind here. It’s always me and don’t you ever forget it. Either way, I now have Disney + and the only time I’ve used it is to watch the movie Cool Runnings. So all around giant waste of a streaming service. I’ve been waiting with baited breath for this Lizzie comeback. Well OF COURSE it’s delayed. They made a big stink about shooting in NY, then production halted and showrunners changed and now Hil is giving us some BTS scoop or rather shade… 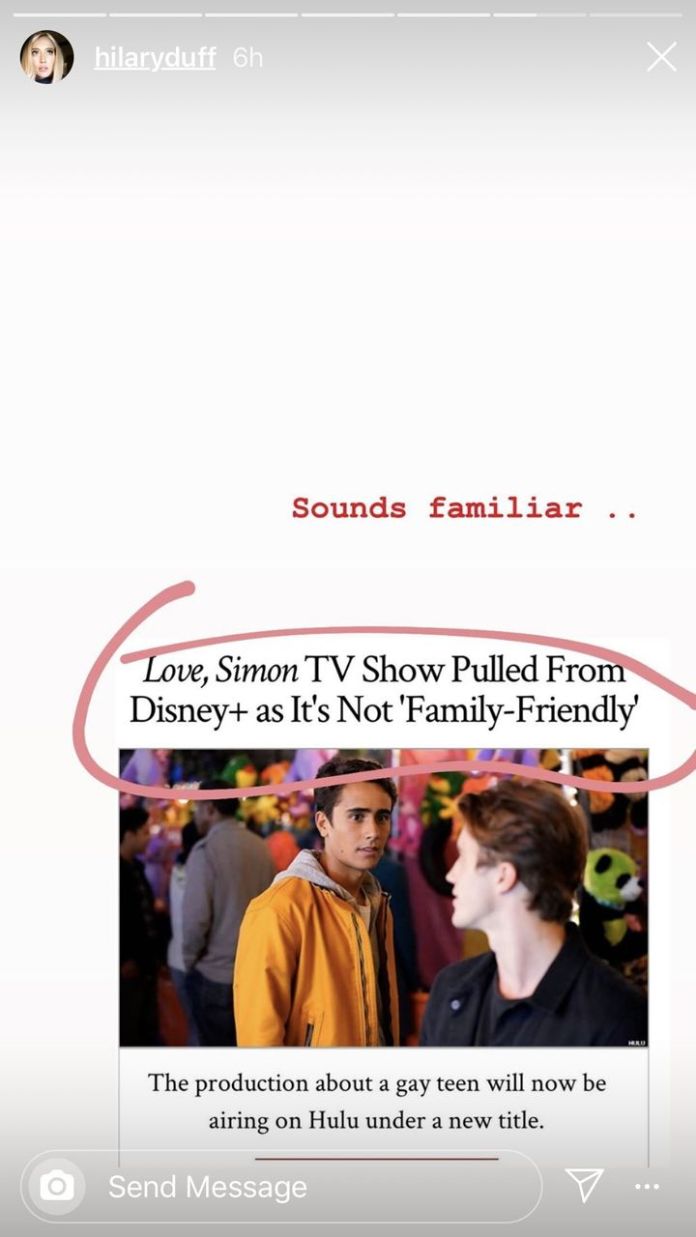 Seems like Disney + wants this to be a show for kids like the original and guess what, LIZZIE IS ALL GROWN UP NOW. She’s in her thirties and there won’t be an entire episode dedicated to her being to embarrassed to ask her mom for a bra (peep my Lizzie blog breaking that down HERE.) So someone who makes content for adults and doesn’t have a back catalogue of Muppet Babies needs to step in toot sweet so we can see Lizzie McGuire adult edition and there BETTER be a reference to her singing at the Colosseum with Paolo. 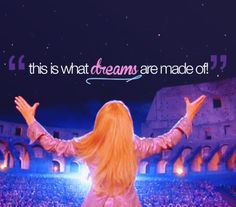 We had so much fun in Miami. Love to all my little monsters and fans, you’re the best! ❤️

This article (Click HERE for full article) is getting buzz and being tossed around the web lately. Basically a regular gal found out via social media (of course) that her ex boyfriend of 7 years is Lady Gaga’s new piece of the moment. She talks through the emotions we all go through of stalking your ex on social media and seeing who they move on with, comparing yourself, being a jelly belly or feeling threatened, etc. And she’s all HOW DO I COMPARE TO LADY GAGA?! Well for one thing, I bet you can’t take the word shallow and make it 12 syllables, but I digress… She then used this discovery to motivate her to live a cooler life and never say no to anything and just try to be a baller like Gaga is. And you know what? That’s more mature than I will ever be. Not only would I torture myself and nitpick all of the things my ex boyf who is dating a famous popstar is now doing, I would also try to make my life look cooler and that’s just petty human nature. Props to this girl for rising above it but her buying an expensive designer dress and getting a blowout because it’s what Lady Gaga would do just doesn’t cut it for me. Some of us don’t have the funds to live life like Gagz and we will instead just sit in our own bitterness refreshing Instagram to see what Gaga is doing with our ex boyfriend at 30 minute intervals every day. Also based on the fact that Gaga is engaged to a new man every few years, there’s really nothing to worry about here. Ya gurl Lindsay will realize the year of YES might only last 8 months. Double also, LG is really making news this week because after this article came out, she dropped her first single in 3 years. QUICK, LINDSAY, DYE YOUR HAIR PINK. Full disclosure, I didn’t listen to one second of this song so if it blows real hard, don’t @ me.