Great news everyone, we’ve made it to May, which is the month of ME so feel free to lavish me with compliments and gifts every single day for the next 31 days. Because as we all know, females don’t have a birth DAY, they have a birth MONTH and if you don’t acknowledge that you’re a garbage can human.

As we are all very aware, the last day of April brings the godforsaken Justin Timberlake It’s Gonna be May meme that floods the internet and everything thinks they’re original by posting it (kinda like the Miss Congeniality perfect date or Mean Girls October 3rd schtick) and unfortunately *NSYNC played RIGHT INTO IT by planning their Hollywood star ceremony for the same day. I’m going to politely ignore that part and focus on the fun stuff, like the fact that Justin is still clearly the number 1 bae of *NSYNC and you can tell they’re all over it, real hard. Or the fact that JC thought he could roll up looking like a dad whose trying to be trendy with surfer hair and RED BOOTS. JC. Come on. Even Chris and Joey look better than you because at least they embraced their oldness–Joey is literally wearing dad sneaks with his getup. Let it happen, bruh. No need to be tossing on red booties with your suit! Below are some of the speeches and a fairly boring game of Never Have I Ever where they basically lie and say they didn’t do anything when WE ALL KNOW that being a boy band superstar in your teens/early twenties meant that you certainly did a lot of bang, bang, bangity, banging. For now, feel free to place your bets on which spice girl JT smooched. My guess is Baby. NOW CAN WE PLEASE GET A REUNION SONG AND CORRELATING MUSIC VIDEO?! I’M BEGGING YOU.

Did anyone miss Xtina? Well she’s been on a casual 6 year hiatus from music. Her most recent claim to fame was a Whitney tribute at one of the award shows where everyone questioned what was going on with her face. Can confirm her face still looks weird but wouldn’t you know, everyone’s face looks weird when they’re lapping milk from a glass and trying to be sexy in a music video with MAD closeups on her mouth/tongue. This is her latest beat that is preeetttyy hard on the ears but she’s clearly going for the street cred by having two rappers featured on it that I assume are popular with the youths these days. To be completely honest I couldn’t even finish watching this music video. Once someone looks right into your soul and licks a glass of 2% then lets it drip down their chin, I have to just call it quits and never look back. Mazel to Xtina for giving me all of the uncomfies this week! PS do you think this song is about sex? LMK.

I think it’s time to address the elephant in the room that is Miranda Lambert’s love for infidelity. I wanted to ignore the rumors when her and Blake split because I’ve always been a fan of Miranda’s music and that she’s a total boss babe who wins all the awards and is better then most of the boys in country. I turned my ears off whenever anyone talked about her cheating and I hated Blake and Gwen on principle because they were flaunting their relationship too hard and I don’t appreciate an attention grabber post-divorce. I was firmly Team Miranda. Except now her music isn’t that great anymore, she’s kind of a stuck up bitch at awards shows and in the past two weeks she’s been outed HARD for being a cheatin skank. Her latest fling is with someone she toured with who is married and basically stayed out on tour with Miranda without telling his wife when he would be coming back and when he did return it was with some divorce papers. YIKES CITY. Obviously both parties are at fault here since both Miranda and Evan were in relationships when they began to “write music together.” Either way, NOT A GOOD LOOK. Blake had the below snarky tweet and Evan’s soon to be ex wife has been using Instagram story to talk shit and jam out to Before He Cheats. (Social media maturity at its finest)

Been taking the high road for a long time.. I almost gave up. But I can finally see something on the horizon up there!! Wait!! Could it be?! Yep!! It’s karma!!

So accept this as my official declaration that I am no longer #TeamMiranda and maybe she should take a little sabbatical from banging strange whilst otherwise in a relationship. Let the records also show that this does not make me Team Gwen/Blake. Because I still think those two are obnoxious. WE GET IT….OPPOSITES ATTRACT AND YOU LOVE EACH OTHER. Do it privately.

Word on the streets of trash tv, Ashlee Simpson and Evan Ross will be getting their own reality show. As an avid viewer of BOTH The Ashlee Simpson Show and Newlyweds: Nick and Jessica, I couldn’t be happier for this comeback to reality TV. T’s & P’s that they don’t have the Newlyweds curse (still holding out for a Nick and Jessica reunion though, never give up hope.) Apparently the show will center around Ashlee and Evan taking on the music biz together, which I strongly advise against but should make for entertaining telly. Maybe that little nugget of theirs Jagger will make guest appearances and she proved to be the cutest during Diana Ross’s AMA tribute. 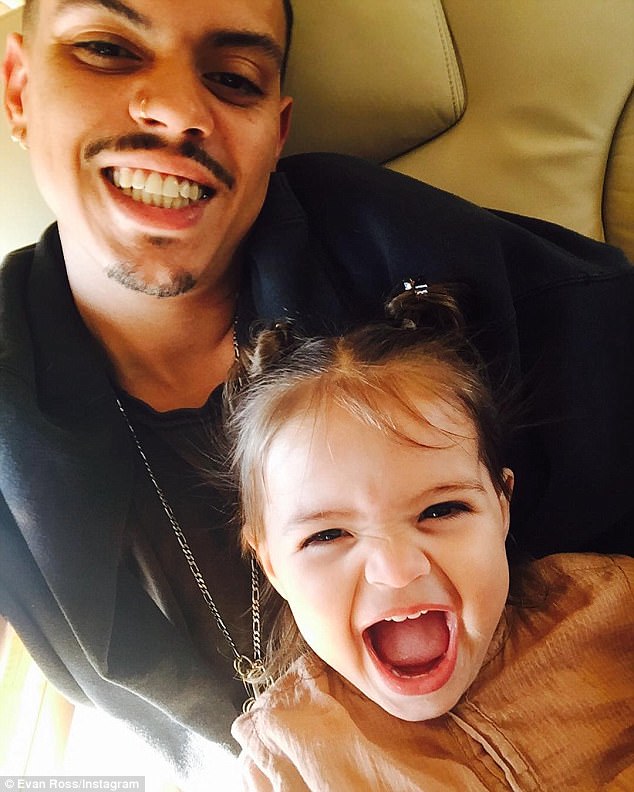 Blake Lively took a page out of her bestie Tay’s book for promoting and cleared out her instagram, unfollowed everyone all in the name of promoting a new movie. Everyone crapped their pants, specifically because she unfollowed that hunk of a husband Ryan Reynolds, which typically means things are heading south but CHILL EVERYONE SHE JUST WANTS TICKET SALES TO GO UP FOR HER THRILLER WITH ANNA KENDRICK. Looks super weird. Can’t say I support erasing so many beautiful pics that I’ve posted on here and drooled over just for a little movie marketing, but who am I to judge. Who am I kidding. I’m Judge Judy here. Get your old insta back, Blake.