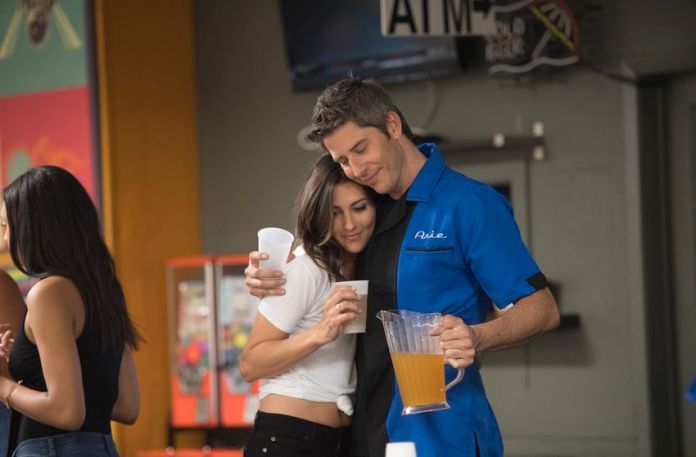 They yacht it up and then Chelsea straddles Arie on a jetski while the ladies watch from the balcony with a telescope like masochistic peeping toms. They’re all feeling very victimized by this makeout session that they’re spying on.

Later Chelsea talks about falling for a sugar daddy basically, sorry—she called him, “older and more successful.” They were together 7 years and he peaced out when her son was 6 months old for another girl who he married and had a kid with. YIKES THAT SUCKS. That’s my reaction to this story, Arie’s reaction is an exaggerated pout and some croc tears. Ok, bro. He roses her because “he’s proud she’s here.” Why are words such a difficult feat for this man? They dance to a not famous country singer that Chelsea pretends to be stoked to see. 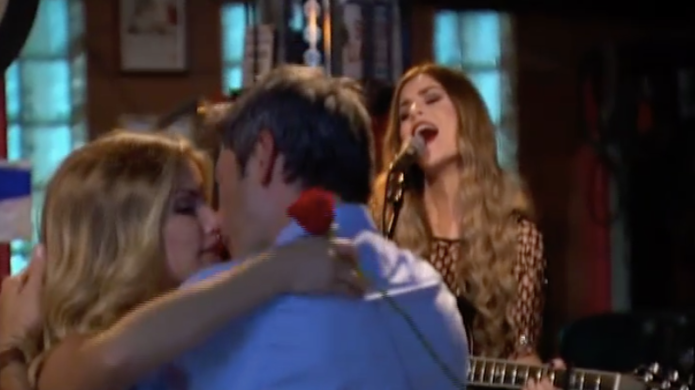 Maquel makes her triumphant return after some family time, wasn’t really expecting her to be allowed back. Seems kind of like one of those situations where you leave for good because you’re 23 and probably weren’t a big contender anyway plus like you just had a family member die. But whatevs.. in other news, Tia has no makeup on and looks like a completely different person. I prefer her fresh faced, why cake on the makeup, girl? 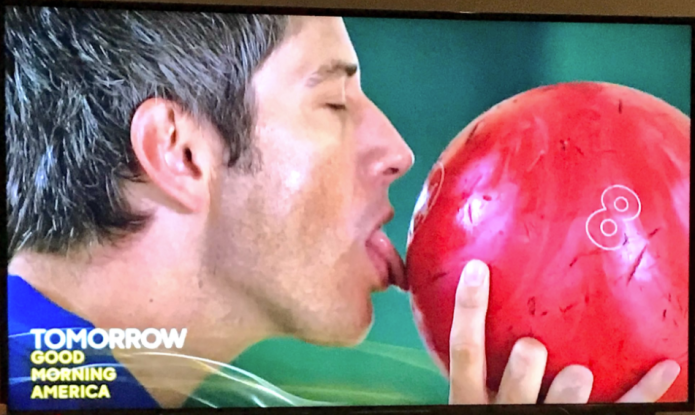 Arie licks a bowling ball. TONGUE ON BALL. I didn’t think anything could be grosser than wearing used shoes everyone else has shoved their sweaty hamhocks into until I saw Arie lick a bowling ball. BB Licker then spends the rest of this date acting like he’s in 8th grade at his first boy/girl birthday party. He utters the line “It’s getting hot in this bowling alley” and my eyes roll out the window and down the street. Then one of the girls does an inapprops (she censors out “whore”) cheer to the other team and Arie’s reaction is OMG THAT WAS AMAAAAZING. Seriously are we sure Arie ever learned how to flirt? The deal is the winning team gets to go to the after party and the losers can kick rocks. Obviously since Arie has no backbone he immediately feels bad about this and decides to invite everyone. Krystal has a full-on meltdown and calls Arie a liar and says she’ll never trust him again so she won’t go to the party (all in a very suspicious off-camera bus ride back from the date.) Apparently all her stuff is packed but she wants to talk about leaving instead of actually leaving. The ladies all narc to Arie and he’s like this is awkward better go check on her, see ya later ladies! He scolds Krystal and tells her to stay upstairs in timeout and think about what she’s done.

When Arie returns, he makes out with Bekah and pets her head like a dog the whole time. Krystal puts on a face and dress to join the party that she previously took a dump all over. Bekah immediately puts her in her place and sends her straight back up to the chokey before Arie can see her. Lauren B and her 21 (more like 3 stoopid) Q’s got the rose, I think?

Pretty much zoned out through this whole date because nothing very interesting happened. They cruise through a gator swamp and talk about froggin because apparently Arie thinks Tia is a walking southern hick stereotype. Joke’s on you MF’er, she’s got her doctorate. Also she announces that she’s falling in love with Arie and he grabs her face and makes her look him in the eye when she says it. UNCOMFY ALERT. She gets rosed.

Krystal tries to defend herself for being a giant twatmuffin on the date as she says “I was investing in myself and growing from the challenge. I was discovery.” Same, girl. I do that every weekend when I lay on the couch too. Just growing and investing in myself. Being discovery. I’ve decided that one producer was assigned to F with Krystal (as they usually are on this show, thanks UnReal) and tell her to make a speech at each cocktail party so that she looks stupid and everyone hates her. She catches the girls gossiping about her and lets them each take her aside to talk. Obviously it’s difficult to talk to a psycho and these little side chats don’t go swimmingly. She takes her lies to Arie and tries to tell him she had an out of character response because the bowling alley reminded her of her garbage childhood. Arie only half buys it. After she pulls the cutesy “our first fight!” line and he goes it could be our last fight, I was like YASSSSS and then I quickly reminded myself that there’s no way he will send her home and it made me hate him even more.