Took a significant break from JUicing because Hollywood’s not funny nor entertaining when every female is getting sexually assaulted. But in the spirit of another TSwift drop, I was forced out of retirement…again. (Also I started a new job and I had to test the waters on blogging at work. Turns out we Gucci.)

Alright, I’m out. I mean it was bound to happen. If you’re going to release three songs from your probably only 13 track album (just release the whole damn thing already) I knew there was a chance I was going to hate one of them and here we are. Going from singing about sex in Ready For It.. to you’re too gorgeous for me and I’ll just get drunk and go home to my cats. Really Tay?! Grow up. This is 100% a song for her preteen superfans and I’m just far too mature for it, honestly. Everyone’s saying it’s about her new boyfriend Joe Alwyn who is not the type of gorgeous that you write a song about his face. (“Cause you’re so gorgeous it actually hurts”) Scott Eastwood? Sure. This guy: 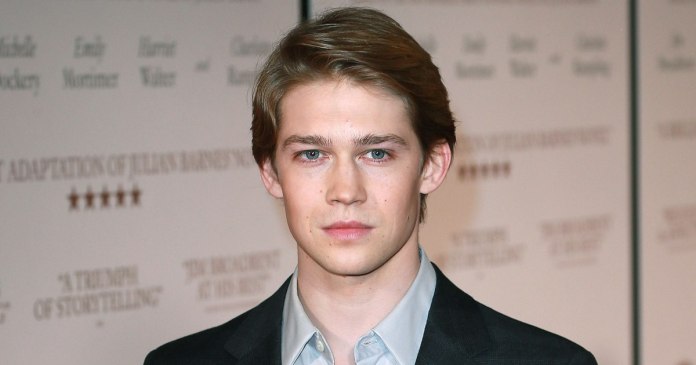 PS GTFO of here with adding children into a song. This isn’t Kidz Bop.

2. Everyone should watch this.

I had a really adult night where I gave myself a face mask and watched a YouTube documentary about a Disney star and I have 0.0 regrets about it. In fact, I encourage all of you to do the same. This doc was riveting. Probably because I’m unhealthily invested in the lives of celebs but also because I think Demi is wildly talented and got a bad rep just because she liked the nose candy. I mean, her and Selena were like toe to toe coming up from Disney and Selena ended up with more clout just because she didn’t go to rehab…which sucks because Demi actually has a good voice. But anyway, watch this for juicy tidbits about how she was a G-D trainwreck while touring with the JoBros at like 18. I mean think about it, this was the time when the Jonas Brothers were PEAK purity rings. And they’re touring with a girl whose trashing hotel rooms and punching backup dancers on a private jet. Quality entertainment. (I could’ve used even more BTS stories from this time, tbh.) Also there’s some great insight into her relashe with Wilmer Valderrama and how he literally wouldn’t talk to her until she turned 18. (Yeah, Ok.) Either way, fire up YouTube and treat yoself.

Apparently Ed just recently revealed that he, too has battled substance abuse. I mean it’s not hard being in Hollywood and using all of the things. Ed admitted that he got outta control and decided to go off the grid for a year to get his shit together. I think we can all collectively thank his boo, Cherry Seaborn. Because even though she has a stupid AF name, she influenced Ed to stop raging and without her we would not have Divide. True story.

4. JT is the perfect husband.

#TBT to a late night freestyle session on a break in the studio – YES I've been back in the studio cooking! But, today is even more special for me because five years ago, on this day, I became the luckiest man in the world when I exchanged vows with my best friend. This song was our first dance. To my beautiful @jessicabiel : You have taught me so much about what a true love means. I can't put into words what these last five years have meant to me, so… "Listen to the melody ‘cause my love is in there hiding…” #Happy5thAnniversaryWifey #ASongForYou

Do I support their marriage? No. Is it because I’m jelly? Yes. So here’s a little happy anniversary from me to the Timberlakes, by posting JT’s serenade to his wifey. Bet she really appreciated it as she sat at home taking care of their kid while he was out with the boyz doing a late night recording sesh. Jk she was probably drinking wine with Reese Witherspoon or something while the nanny watched their kid. Most importantly, JT is back in the studio.

I don’t really have a fifth headline to blab about this week so instead let’s check in on my #1 and #2 girl crushes because they’ve both been on my radar this week. Blake Lively is promoting something. What is it? No idea. All I know is that whenever she promotes something she wears 100 cool ass outfits for press and looks like a total babe soda.

Even though she wore a full men’s suit and a torn up bedazzled jersey, I still love her so much.

And mah gurl Sophia Bush signed a deal with 20th century to produce and star in new shows. Dunno anything else about it other than she best be gracing my TV in a new number one hit right quick. Click here for full story.