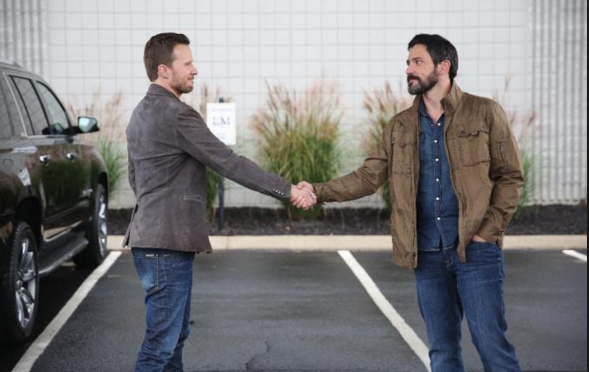 Rayna and Deacon are supposedly country royalty, with I would assume quite a large net worth (more than Luke Wheeler, heyyooo) and yet they still didn’t honeymoon after their top-secret barn wedding? What kind of bullshit is this? These two couldn’t jet away from the paps and their whiny daughters for a couple of weeks in St. Barts? Nope, it’s just back to work for these two, which means taking down chairs at The Beverly for Deacon and sniffing out new weirdos to sign to her label for Rayna. Enter: new character Vita who has a unique voice and a criminal background. Deyna believes in her but they’re not THAT powerful because this sketchball ends up scooping some cashiche from the till after her first waitressing shift. Oopsie, not every shy woman is the next Sadie Stone..oh wait…she shot her husband. So maybe Vita IS the next Sadie Stone. Bonus points for originality.

While we’re on the topic of poverty, let’s talk about how Forbes dedicated a whole cover to how poor Luke is. WHEELS DOWN. Luke literally goes on a radio show to talk about his embezzlement. So that’s a new thing. Usually artists do interviews for promo press, Luke apparently does interviews so that a bunch of haters can call in to shout about how much he sucks. In order to sell tix again, Luke tries to spring Juliette out of rehab and plop her right back on tour away from her baby. Good call, Luke. Thankfully Juliette’s on lockdown and his plan doesn’t pan out. He runs into his ole pal from the road named Riff, yes that’s right, a DILF named Riff. TWO new characters—and weird names to learn in one episode!!! Whatever did we do to deserve this!? Riff remembers how down to earth Luke is and doesn’t think he’s a giant moron for not noticing the embezzlement of millions of dollas. Luke convinces Riff to hit the road with him and sorpresa—it’s about to be a family tour! Except Luke’s kids hate him, minor detail.

One of those kids, (weren’t there three at one point? Now we’ve whittled it down to 2 children he never sees) Colt would rather be a ranch hand than hear what Maddie ate that day via telephone. Although it may be easy to take Colt’s side on this because Maddie is preeeettty insufferable, the truth is finally set free about their pre-show fornication. Maddie confirms that they did the deed and now she’s sad because he’d rather shovel manure than do her. Cash(?), her writing pal, tells her to channel all those feels into a song and makes Maddie believe she’s an adult, which is pretty laughable. Sw33t harmonies though, until Daphne peers through the window with those sad left out eyes. Something tells me the Conrad sisters record deal ain’t gonn’ happen. Props to Maddie for dialing up Colt before it’s time to feed the pigs the slop, and demanding a little R-E-S-P-E-C-T.

Someone who finally bucks up and gets the respect of Nashville is ya boy, Will. After taking a beer bottle to the schnozz from a hick who doesn’t LOVE gays, Will refuses to give a statement so the guy can be convicted of a hate crime. Instead, Will maturely uses his stage time to fight back. The next night, he buys the homophobe a drink and tells him AIN’T NOBODY GONNA STOP ME FROM SINGIN LIKE A BIRD! You get down with your bad self, Will. Sing it! Also, maybs ice your face a little more. 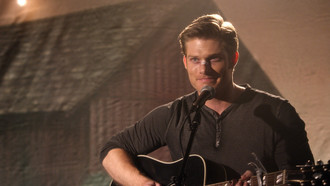 Also, Avery and Juliette are officially D-town after he bullies her to make a public statement (without seeing her, because she’s supes fragile after being responsible for a death, and stuff.) The Layla pursuing Avery storyline progresses just as we expected and I hate it. They’ll be hooking up in 2 weeks time. What a devious twat that Layla is. Also, Scarlett catches roadie hoe Erin macking on some other dude and immediately tattles to Gunnar. He’s not really jelly about it so he cuts her loose and the Scarlett/Gunnar will they/won’t they dance continues, until this show gets cancelled. New twist: Scarlett dating the taxidermy creep. Oh, what crazy shenanigans these two get into. LAUUGHHHH!