1.This week’s relationships that took a bullet. 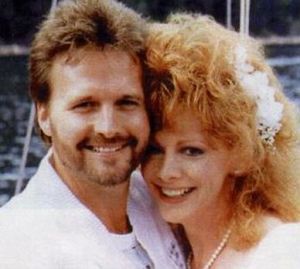 Bad news comes in 3’s. JK apparently if you’re in Hollywood bad news comes in the ending of every long-term marriage all in one summer. NBD but HBD. Gwen Stefani and Gavin Rossdale as well as Reba and Narvel Blackstock (real name?) are this week’s we’ve been together for over 20 years but we’re #overit couples. Not one to be outdone, Miss Piggy also jumped on that bandwagon and was like yeah samesies me and Kermit would also like to promote our soon to be cancelled TV show for the fall so our fictional cartoon relationship has also ended. In much shorter term relationship news, Zayn formerly known as the 5th One Directioner broke off engagement with Perrie Edwards, thus hammering the final nail in the coffin that is his career. Hey Zayn, way to take a big dump on your life in the matter of 4 months, bruh.

2. Where there is death, there is also rebirth.

Jennifer Aniston decided this would be a good week to finally tell gossip columns to stop yapping about her still being sad about Brad Pitt and tied the knot with Justin Theroux in very celebrity-SURPRISE it’s not a birthday party it’s a wedding in our backyard-fashion! YOU GO, GIRL! Now cue everyone who wants to know why she isn’t pregnant yet because that’s the world that we live in. WHY DON’T YOU WANT KIDS JEN? I’m sure she looked stunning on her wedding day because she’s like in her 40’s and can still get it. Courtney Cox was her maid of honor, obviously. Rachel & Monica 4eva. Rachel and Ross…unfortunately not.

3. Cecil the lion is now a beanie baby.

This is not really important news but if I get the opportunity to rant about beanie babies you BET YOUR BOTTOM DOLLAR I’m gonna take it! My grandma got my sisters and I a beanie baby for every occasion as we were growing up. I’m assuming she kept TY in business throughout the 90’s with how many small stuffed animals she purchased from them. Gams also told us that one day these would be worth a lot of money so we should take care of them and protect the tags because they are collectibles. Cut to 3 years ago when my mom couldn’t even get rid of our 100’s of beanie babies for 1 dollar a piece at her neighborhood garage sale (they were marked down to 50 cents a piece) SO ANYWAY, just because a dentist killed a lion that was beloved and everyone is suddenly anti-hunting DOES NOT MEAN YOU CAN CASH IN, TY. The jig is up. Beanie babies SUCK, whether the money goes to a good cause or not, a beanie baby shall never be the reward. Kids of our generation should not be duped into thinking this stupid bean-filled animal will be worth millions someday, otherwise they might end up in their 20’s posing with their collection and special club-holder VIP card on instagram. End rant.

4. Drake is winning life. Not only did he DEMOLISH Meek Mill in a rap battle as well as public powerpoint humiliation, he also reunited with his Degrassi crew and gave all of us the warm throwback fuzzies. WHATEVER IT TAKES, I KNOW I CAN MAKE IT THROUGH. Notice that none of his ex-lovers (Ashley, Hazel, Ellie) made an appearance. Perhaps they’re scorned ex-GFs?! 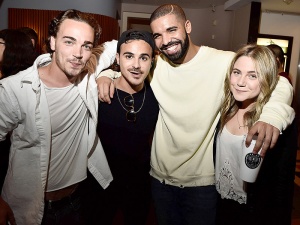 5. Watch some videos. Here’s the Zoolander 2 sequel that plays a lot off of the first Zoolander’s jokes but whatever because it looks funny and I’ll probably still go see it so the joke’s on me.

Part 2 of trailers/teasers, here’s a peek at Empire season 2 and ALL HAIL Cookie’s top knot. Even better news, it has been confirmed that Cookie will get a spinoff for all her fabulous glory. Yaassss.

Bonus: Remember Macklemore FT. Ryan Lewis? Macklemore had an oops baby and therefore released some new dad music featuring Ed Sheeran AS WELL AS Ryan Lewis. Give it a listen… (Note: Macklemore has prettier rings than me. WTF.)