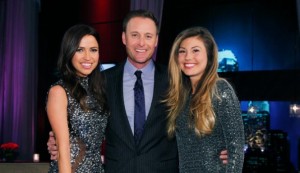 “Will this be awkward? Probably.” – Chris Harrison

Will this be sexist? Definitely. Something tells me ABC will be in a liiittle bit of hot water after last night’s episode/this entire new premise for the show. It was downright painful to watch two beautiful women with completely different personalities compete to find their husband, leaving their fate in the hands of 25 guys who believe they know EVERYTHING about these girls from another reality show. Between the guys proclaiming that they came here for one girl then meeting the other and being torn because she also has a vagina, one of the Ryan’s tossing back Fireballs and declaring that he’s going to rape another contestant, OH and the sparkling conversation about which one is a desired trophy wife, I don’t think this season will be well-received with the feminists.

Britt is excited she got a second chance to quit that waitressing job of hers and Kaitlyn is like this blows, they’re gonna pick the slutty one who wears lipstick to bed. To state their cases to the men, Kaitlyn tells a knock knock joke about how this entire show is a joke (point, Kaitlyn) and Britt tells 25 men that she wants a husband and lots of kids like yesterday (probably fueled the trophy wife debate.) Anyway here is a breakdown of suitors who did anything memorable and which girl they ship…(It probably would’ve been effective to divide this blog up by teams but I actually had to work today so cut me a little slack.) 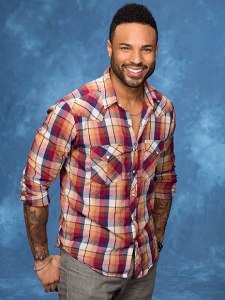 Has a five year old son named Sky and it needs a mom.Wears a maroon suit like a bo$$, basically drools all over Britt and throws Kaitlyn a peace sign. Team Britt, obviously. 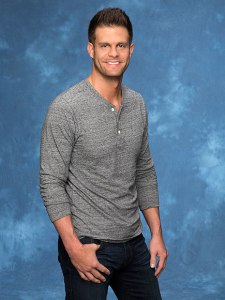 Smalltown Kentucky boy, AKA Chris Soules 2.0. Brings a jar of moonshine for Kaitlyn to swig and she does, cause she can hang. Team Kaitlyn. 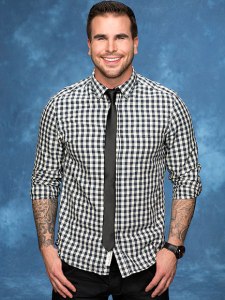 Ah yes, our stripper with a side job of lawyering. His intro brings us into the dark club where he works and even though ABC felt it was necessary to bleep out the word shot in the Billboard Music Awards, they were totes cool with showing Josh’s mostly naked thrusting for enough minutes to make me feel dirty. Makes sense. Really keeps this going when he strips on his way out of the limo. Everyone has the uncomfies. “I haven’t felt like this about a girl in a long, long time,” Josh confesses–or probably since the last time a girl was touching his junk while he shook it in her face. Team Britt. 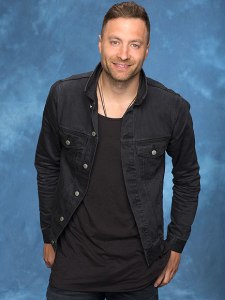 Our struggling musician sings his intro, obviously trying to jump start his career. Former baseball player, current G-O-D lover. Has a solid rating scale, “1 out of 10, Britt’s a solid billion.” I see what you did there, Brady. Team Britt. 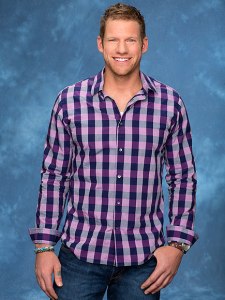 Welds a rose and makes a ton of stupid welding puns, cause like he’s a welder. Duh. Team Kaitlyn. 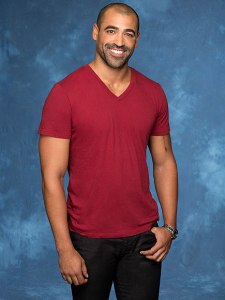 Princeton athlete who was hit by a car and in a coma for a hot sec followed by a wheelchair for about a month… aka he’s Nathan Scott without the unfortunate post-accident mullet. Team Kaitlyn. Like really team Kaitlyn..basically tells her he’s obsessed with her. 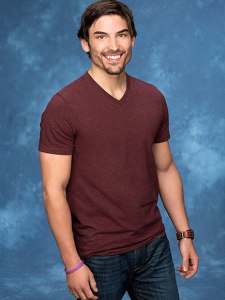 He’s a wiener who made up a dumb superhero called “Loveman”..even wearing a specially made shirt to meet the ladies. I’m embarrassed for him. Team Can’t Decide…leaning toward Britt. 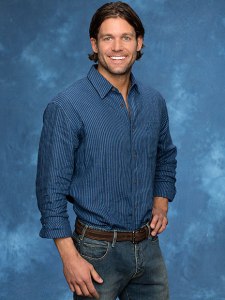 Is a creep or in his words, “Spiritual Gangster”. Tony is a healer and yet is sporting a black eye…He also has a middle part that is really not helping his overall creepmonster look. He says the same practiced monologue to each girl as he exits the limo, Britt eats that shit right up, later they talk for 1 second and Britt says she knows everything that he is. Rrrright. At voting time, Tony gropes each girls’ box and felt that Britt’s box was “pulsating with energy” so he stuck his vote in her box. 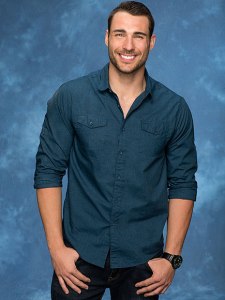 Lost his mom when he was younger and now I feel like a real dick for calling him a mama’s boy in my ranking blog. Bios could’ve tipped me off to that one. Also he’s Team Both, Team Love. (Cop out.) 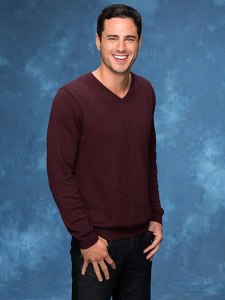 Asks Kaitlyn to explain her tattoo choice to him. Apparently her elbow tats signify the only bird that remembers how to fly home and also that dirtbag Chris Soules never once asked her about her tats so Ben H. has a leg up on Prince Farming already. Also obsesses over sponsoring poors with Britt and wants to write letters to them or something. Team ? 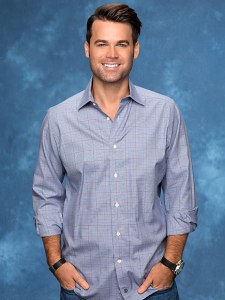 Greets Britt and calls her “Disney Princess”, which he probably thought was really swoonworthy but in reality it was weird and gave me the heebie jeebies. Hey guys, quick tip…just stick to princess if you’re going to use it as a term of endearment. This isn’t Kardashley’s season so we don’t need to brand the type of princess a girl is. 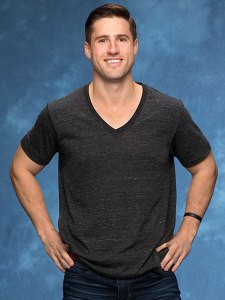 Brings a hocky puck and declares to Kaitlyn, “I would love to puck you.” This gains him points in my book but then later he’s talking to Britt and turns into a real baby bitch and is like I can’t compete with the other guys. Changes his mind and wants to puck Britt instead because she comforts him and tells him he CAN compete.

The Junkyard Specialist that was most definitely planted in this episode for ratings. (He once dated Nikki from Juan Pablo’s season) Regardless, RYAN M IS HORNED UP after a few straight Fireball dranks. (Note to self: Fireball horns a man up.) There is an almost brodown throwdown with Steve Sanders (Shawn E.) He then attempts to ragdoll Britt by her hair while all the guys try to save her from getting a roofie coolatta followed by a little grab ass with Kaitlyn. His swan song, if you will, is stripping down to nut huggers and sliding into the pool with the grace of a beached whale. Chris Harrison (or if you’ve had a few thousand fireballs, Chris Hansen) sends him packing and all the remaining contestants weep because they can’t come off as the strong male hero anymore. 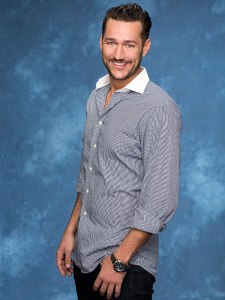 The fashion designer who danced out of the limo. I’ll let you interpret that as you may. 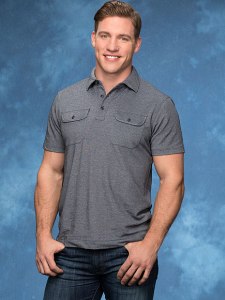 Brought balloons and inhaled helium for his entrance. Didn’t know we were at a middle school birthday party. Kewl. 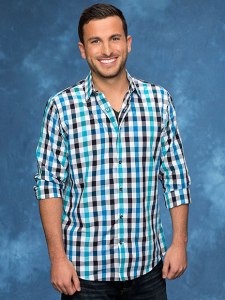 Tried to be a gentleman and brought Britt some tissues because she was a snot machine last season. “Is that soap or a tissue?”-Kaitlyn asks Britt. OHHHHH BURN CITY, POPULATION: BRITT. Britt calls him out for being a dick later with that backhanded gift and he’s like yeah ok. Still surprisingly Team Britt. 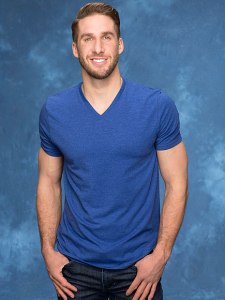 Only guy to go in for the group hug, completely avoiding the awkward choosing who to talk to first. Both Kait and Shawn toss the phrase love at first sight around like nobody’s biz. KAITLYN AND SHAWN 4EVA (Could my predictions be coming true?) He gives Kaitlyn a shitty picture his nephew drew and loses a few points with me but whatevs, he’s still a clear favorite. Team Kaitlyn obv. 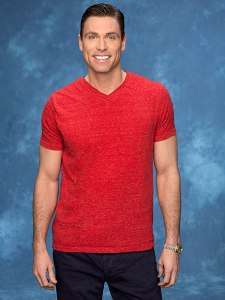 Brings a volleyball (?), asks Kaitlyn if he can still plow her field. She says OK. 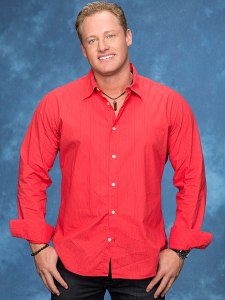 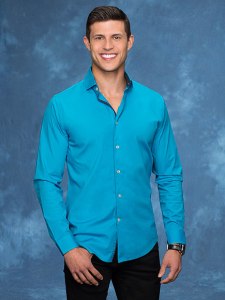 Rides up to the mansion in a cupcake topped with candy corn. CHOOSE THE WORST CANDY EVER, Chris. BARF.COM. The sparkle twins are impressed. Clearly it doesn’t take much. Later Chris tells Kaitlyn, “Cold hands, warm heart” and I vomit everywhere. Team Kaitlyn. 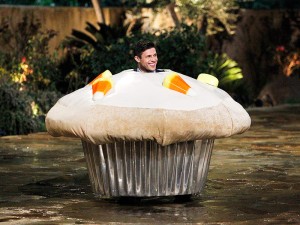 The votes are locked in after the men debate if they want a trophy wife or a real wife. Tough decisions. Chris Harrison has a producer count the ballots (couldn’t we get someone more legit?) and before he can announce who won…TO BE CONTINUED flashes as a nice gentle reminder that we’re all a bunch of suckers who will tune in for two more hours tonight just to find out.

(Also in case it wasn’t aggressively obvious throughout this blog, I’m 110% #TEAMKAITLYN)