Hey remember when I used to razz real hard on the headlines from the week and everyone was like CAN’T WAIT TILL FRIDAY so I can hear the important opinions of The Salty Ju on buzzworthy topics?! Well Hollywood’s been a real drag this summer and I wasn’t about to do 5 bullet points on Slob Kardashian vs. Blac Chyna so I went on hiatus. But I’ve pulled myself out of retirement because the Queen has finally broken her vow of silence and I simply cannot go down without shouting my opinions across the internet in rebuttal.

Staying true to her pregnancy announcement photos, Yonce stayed in hiding and released a professional portrait for the announcement. She looks great but let’s focus on the fact that she named her son Sir. As in please SIR, may I have some more? What a DUMB name. That’s like naming your daughter Ma’am…which in itself is offensive because no one under the age of 75 should ever be addressed as Ma’am. I got ma’amed once at a gas station by the attendant and almost took a lighter to the joint. So like this kid is going to grow up a little bit and be confused AF about when someone is talking to him or not. Also, since she put Carter after Sir and not after Rumi, am I to assume that his name is Sir Carter Carter? PLZ clarify this, B. Unless she’s really doubling down on her #FEMINISM and giving the twins her last name, which would mean Blue Ivy has a different last name than her sibs and that would be a real dick move. To be clear, I don’t love the name Rumi either but it’s not as downright preposterous and personally offensive as Sir Carter squared.

The weekend finally arrived- And it was MAGICAL!!! The weekend my best friend, my love of my life, and my new husband @brookslaich and I brought our family and closest friends together to have fun, encourage love, and celebrate our marriage! I'm so grateful I get to spend forever with this incredibly kind, thoughtful, strong and adventurous man. I'm the luckiest woman in the world to be your wife! It was truly the most special time in our lives and because we believe so much in putting love out into the world to help inspire and encourage others, we have decided to share our special day with all of you. To get an inside look check out the link below! Much love to you all! ❤️ J+B 👰🤵 http://people.com/tv/inside-julianne-hough-brooks-laich-wedding-photos/

Julianne Hough got married to her hockey playin hunk and natch had Marchesa custom design like 1500 things for her to wear through the course of one day. She looked stunning of course and had a body suit created for her reception so she could drop it low in comfort. #Goals.

Click HERE for full list of nominations but know that the only reason I bring this up is because soon enough it’ll be awards season again and I will be glued to my couch with wine and chips calling celeb fashion choices hideous. Also I always like to pat myself on the back when I’ve consumed something worthy of an award. This year I can check two off the list…Big Little Lies and This is Us. I think This is Us is incredibly overrated and everyone is shitting their pants over it just because TV has gotten SO bad but like also I’m not about to stop watching it and be out of sync with what the rest of the world is talking about. Big Little Lies on the other hand was addicting as shit and also might’ve given me a couple of nightmares. I put up with the darkness just so that I could tell people I’m cultured, obv. It’s like when I read 1000 trashy erotic novels and mix in ONE NY bestseller that everyone is buzzing about every year so that when someone says oh what’re you reading, I can swiftly reply with Girl on the Train and spark an intellectual conversation instead of shamefully admitting that I’m currently engrossed in “How to Handle a Cowboy” with a shirtless man on the cover. 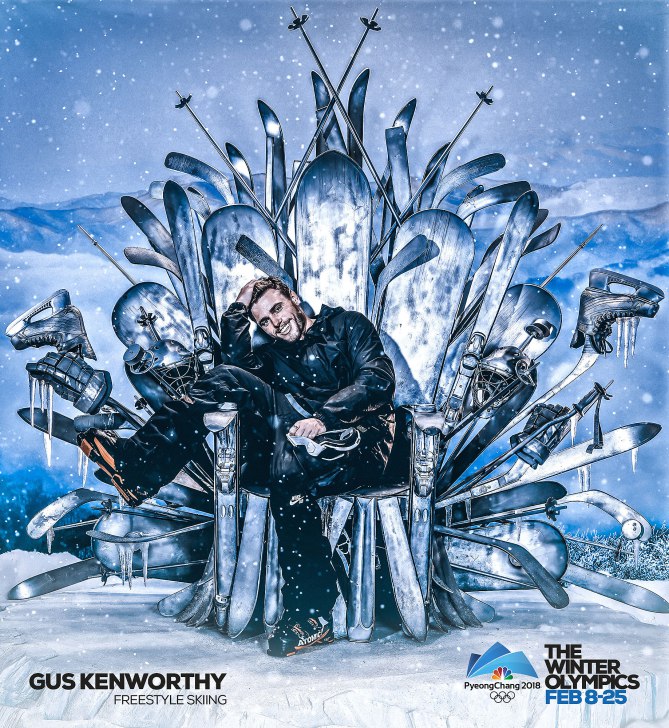 Never on this planet am I looking forward to winter especially because summer basically just started and my full-on tan has finally kicked in. HOWEVER, everyone who knows me knows that I love to get down with the Olympics. Last winter Olympics my sister and I watched figure skating every day during work and I threw an Olympics themed house party that consisted of my 4 friends (while my parents were out of town) wearing red, white and blue and me shouting DRINK every time someone fell while skating or skiing. (Or if there was a closeup on Bob Costas’ juicy pink eye) Last summer I declared I was going to throw a round 2 of that party on opening night but then realized that it’s only fun to do in winter when there are no other options but to watch TV and drink. Also I was really hungover. Get ready to party in February 2018 though. Gus, the Sochi puppy rescuer of 2014 is back and figure skating is always LIT. (Are the youths still saying that?) Whatevs. South Korea here we come!

5. Ease Up on that Corduroy Jacket. 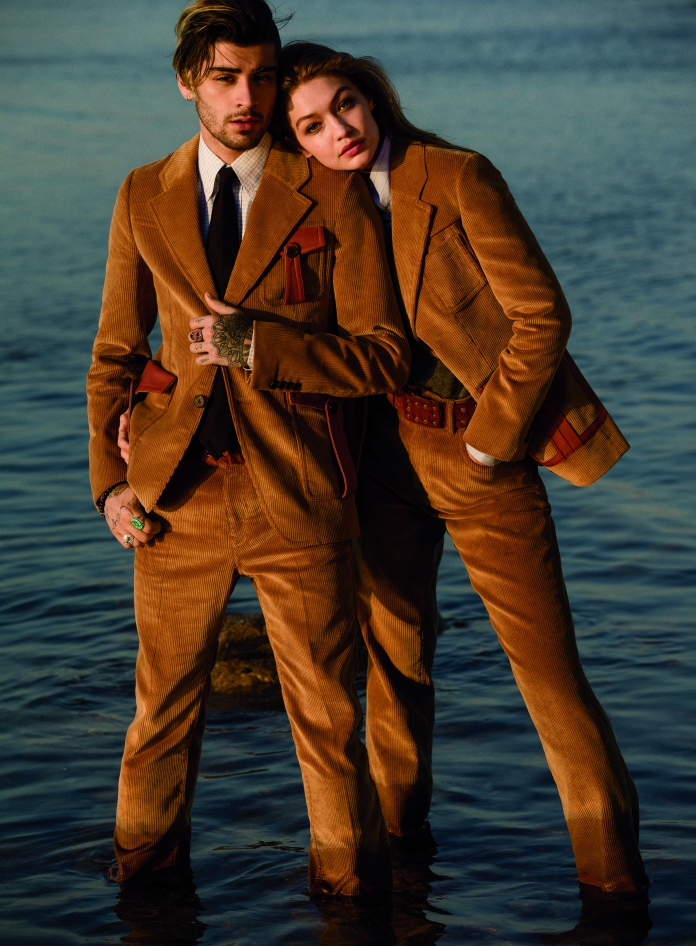 Apparently Zayn and Gigi are the Vogue poster children of gender fluidity because they “wear what’s comfy”. Well this is some bullshit. Just because Gigi throws a track suit on just like her boyfriend she’s suddenly a spokesperson for that new “it” phrase gender fluidity? Get outta town. I wear asexual sweatpant shorts and baggie tees/sweatshirts all the time. I thought it just meant that I was lazy and dressed kind of like a slob kebab, but apparently this whole time I’ve been championing a very important social cause. K. 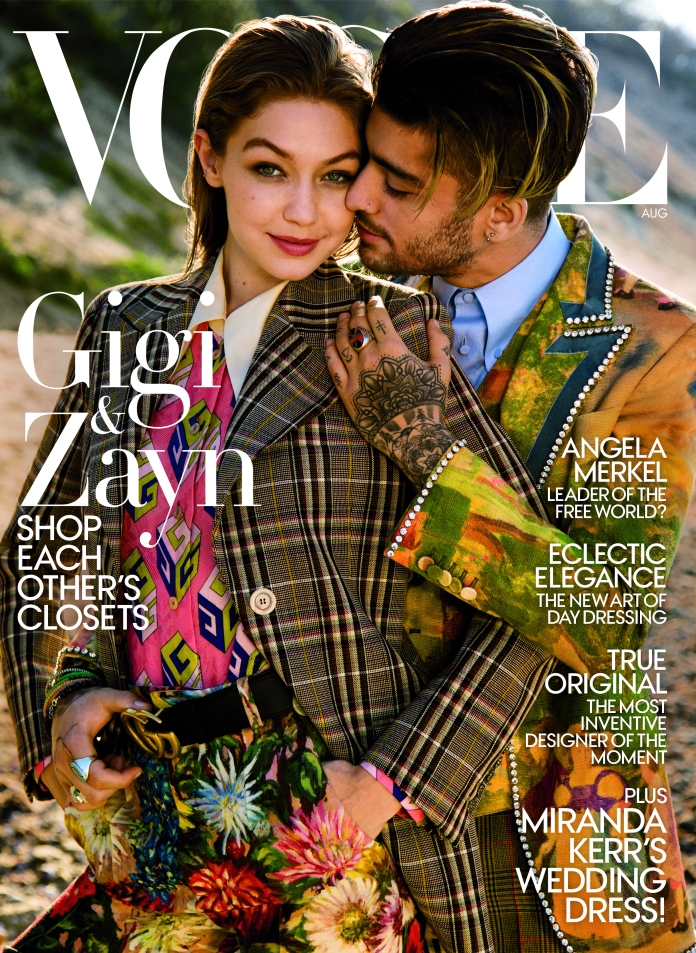 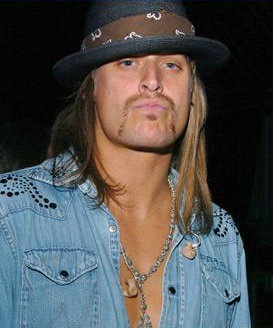 The man who sang “Bawitdaba, da bang, da dang diggy diggy” and wears fedoras over a doo rag is running for the US Senate. That is all.

Too bad this song came out this week and narrowly missed the Summer Palooza 2017 cut. It’s pretty bada$$ though and I ship it.