Still riding this hybrid awards show format that makes things NICE and awkward. Wonder if Biden will declare awards season back by May 1st as well. I’ll stay tuned for that announcement. Either way, I forced both parents to watch because I didn’t want to be the only one who was far too old for each and every performance. It really paid off because watching my mother take in the WAP performance was all the entertainment I’ve ever needed and more. Horrified doesn’t even begin to describe her reaction. For a “picture is worth a thousand words” moment, here’s WAP, Grammy’s edition…which is basically an entirely new song because CBS isn’t really down with the p*ssy euphamisms, surprisingly.

It was at this particular moment that my mom wondered aloud, are these two gonna bang? It was a fair question. They did not though. *Spoiler ALERT* Anyway, other than that colorful performance, a whimsical Taylor Swift singing on the roof of a moss-covered house, John Mayer not being able to rip a solo as hard as I wanted him to in his duet with Maren and a rousing rendition of rockstar that included some SASSY older women in a choir that stole the show…the Grammys were a can-miss event. Including the fashion…

Hate to do this to my gurl Lizzo but the skirt of this dress is KILLING ME. It brings back TERRIBLE flashbacks to the mid-calf jersey skirts with this style back in the early 2000’s. HIDEOUS. 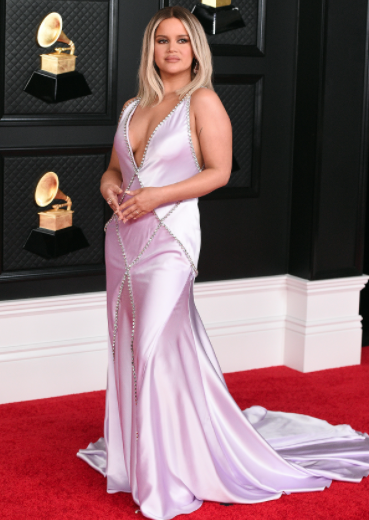 Tacky prom dress. Also my mom tried to tell me last night that Maren wasn’t as bad as I always say she is and I almost tackled her out of the room. The rule is agree with me on my celebrity hot takes or get the hell out of the room and everyone knows it. 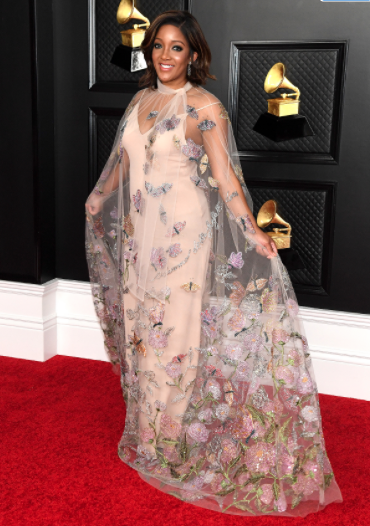 I love the underneath layer dress but this mosquito netting with butterflies all over it is weird and shapeless.

I puked in my hands when I saw this. It looked a lot like the bottom half of this dress.

WELCOME TO THE RENAISSANCE FAIRE DON’T FORGET YOUR TURKEY LEG!

I made my mom weigh in on this one because I could’ve been swayed either way. She said she liked it up until the hat. It was the Christmas-colored hat that did her in on this one and I agree. Suit is fire, hat took a giant dump on it. 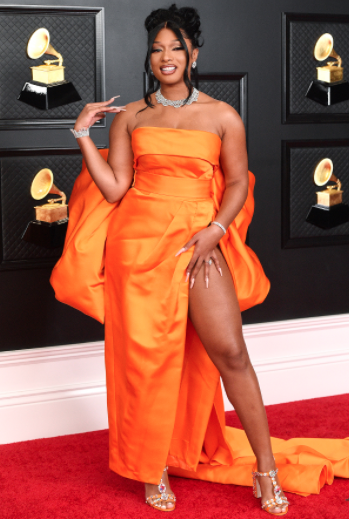 I LOOOOOOOOATHE BUTT BOWS. This color is poppin, she’s rockin a leg moment as only Megan THEE Stallion can do with those thicc gams of hers, jewels are good, pieces of hair in the face are bullshit but THAT BOW IS ABSOLUTE GARBAGE.

Noah Cyrus just rolled out of bed and grabbed the hotel sheets, puffed them up a little bit and hit the red carpet. 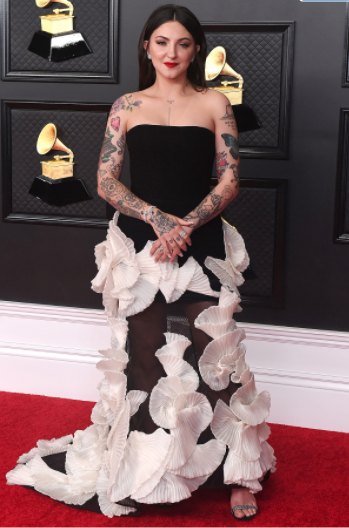 Are these doves flying all over her dress or just paper mache? We may never know.

These three look like they literally stepped out of the movie Zenon: Girl of the 21st Century. I’ve never been more appalled by a pastel moment but matching kitten heels really sealed the deal.

I could do without the tan riding boots here but the suit is fire and she’s rocking it.

SpOoKy ScArY sKeLeToNzZ. I laughed out loud when I saw this. And I wanted to slam this lewk so hard but then it turned into respect. She’s wearing a designer dress with sparkly skeleton bones on it…and her hair matches it perfectly. It didn’t take long to flip me into a believer. Plus I love a dark lip moment. It all just goes together so well that I say bring on the dancing skeletons. Hope this bad boy also glows in the dark.

I’m putting my personal differences aside right now to declare Miranda a total babe soda on this red carpet. This BIG of me because she’s still a raging homewrecker who steals everyone’s husbands. But she looks good here…boobs and leg on point.

I WANT THIS ENTIRE OUTFIT. The only disappointment here is those kicks. She should have pastel tie dye sneaks to top off the statement and I’m shocked she doesn’t. Nike better start selling this shit in Teej RULL QUICK so I can get on her level for my weekly grocery store trip.

You can’t see it here underneath her teased hair but Bey basically wore a couple of lifesize Grammys dangling from her ears. It was a wee bit distracting. The leather looks hawt as hell tho and Queen B made history last night for most grammys EVER won, nbd but hbd. 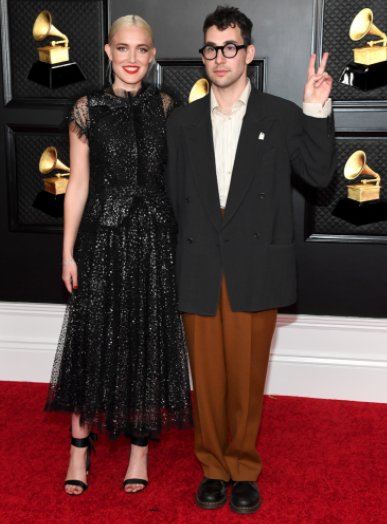 I laughed out loud at this dweeb-asaurus in his baggy suit coat flashing the peace sign. His girlfriend looks fabulous and that’s really how they made it to the best dressed list. Pro tip: always have a piece on your arm to distract from the fact that you look like you’re on the way to marching band practice.

Harry went nips out for his performance which got a LOT of ladies and gents excited but I much preferred this Cher from Clueless vibe, with a feather boa of course.

Taylor knocked my socks off (not like it was hard with the cast of characters that walked the red carpet) but I saw those stems strut onstage for her win and I think a little bit of drool fell out of my mouth. Spring came early with this dress and she nailed her performance look as well:

There’s 0 good pictures of this dress but it was a 10/10. Shiny and woodsy without being a weird nightgown like she’s been wearing in her music videos. The gold headband really pulled the whole fairytale together and helped distract from her blunt bangs and bare feet.