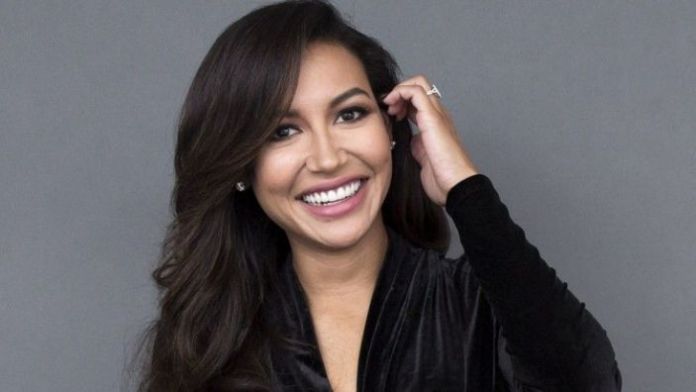 This is not the kind of news I like to report, I like to keep it light and fluffy for the most part but this is a huge headline that hit yesterday, and one that I was regretfully scooped on nonetheless. Naya Rivera rented a boat on a lake in California with her 4 year old son, when the boat was due back and they still hadn’t returned, the boating company went out looking for her. They found the boat with her 4 year old in a life jacket sleeping on board and did not find Naya. They’ve been searching the water, believing she has drowned and the most recent update is that they’re presuming she’s dead even though they’ll continue to search for her body. Apparently lake conditions are currently difficult for finding bodies, according to the police leading the investigation. They’ve basically been searching “by touch” because visibility is so low, which is a terrifying thing to picture doing. There’s a WHOLE bunch of things that are weird about this situation and let me be the asshole who points them out–maybe I watch too much crime shows and think I’m an expert, or maybe I’m actually onto something here but there are many fishy things about this accident. First of all, it strikes me as odd to go out on a pontoon boat (usually reserved for larger groups of people, known as a party boat) with just yourself and your toddler son. I’m obviously not a mom, so I can’t begin to judge her motherly decisions but I do know that I would never trust myself to adequately watch a small child while also driving a large ass boat on a lake. Seems like a second set of eyes on the kid would’ve made more sense. This is also coming from someone who won’t swim with her 3-year-old niece alone because I’m terrified of her drowning and she runs around the pool like a madwoman. Jus sayin. Secondly, Naya is not without controversy. She made headlines a few years ago with calling off a divorce to her husband and then having a domestic dispute reported where she hit him. Then they got divorced for realz. So their relationship was not without v. public issues. Again, this could be because I’m in the midst of season 2 of Dirty John, but something is odd there. Thirdly, she posted this a week ago:

no matter the year, circumstance, or strifes everyday you're alive is a blessing. make the most of today and every day you are given. tomorrow is not promised

I get that it’s common, especially right now for people to declare tomorrow is not promised but also THIS IS A LITTLE TOO EERIE. I very much hope that they find her safe and sound, although that doesn’t look to be the case right now. I guess we’ll just have to wait and see as more details are revealed.

2. We Finally Have a Trailer.

The minute this trailer dropped, my sister sent me the link and by the time I had watched it, she’d already viewed it twice. In fact, she watched it so many times that first day, I wouldn’t be the least bit surprised if she’s on some sort of Youtube red alert watch list for that questionable activity. But ya gurl is just excited that we finally have a teaser–it’s about damn time. They announced a sequel almost as soon as the first one premiered two years ago (click HERE to remember how much I drooled over it), and then we all had to watch as the two leads very OBVIOUSLY broke up in real life, and you know what happens when showmances end in the real world…they most certainly end on film as well as the actors no longer want to smooch each other. I’m less enthralled with this trailer than my twin. I’m not a huge fan of making a sequel of perfection to begin with, and I knew where it was heading. Your boyfriend who tried to hide dating you for most of his senior year doesn’t just go off to college across the country without any conflict. OBVIOUSLY they set up a real rocky road for this follow-up and I don’t love that. Then on top of the fact that people in college rarely continue to date their high school sig other, they add in a new hottie high schooler with a gleaming six pack to tempt Elle. COME ON. Like seriously, who has a six pack in high school? Get the hell out of here. No one should be called a SNACK in high school. However, there is some tiny sliver of hope that these two crazy kids make it work after all and I will hang onto that real hard. You bet your ass I’m going to find out on July 24th and report back.

This pregnancy has been a special one. To experience this with my sister during a time of uncertainty and turmoil has been a blessing. As Twins I kept wondering if our bodies were going to change the same or if we’d be different. It’s crazy how identical our pregnancies have become…from cravings to symptoms. We are coming to the end of our pregnancy and this will be one I’ll remember forever. Can’t wait to meet her little boy and I can’t wait to see what I’ll be having. This pregnancy started as a surprise and I’m happy to end it as one. 💛 #twins #pregnant #37weeks

Unless you’re living under a rock, you know that the Bella Twins are both pregnant and will probably give birth on the exact same day cause TWINNIESSSSSS. This week they did a pregnancy photoshoot together (and with Artem?) and spammed everyone’s insta with a bunch of nudes. I would be offended except that they were flawless of course. Check them out here and try to imagine how awkward it must be to be nekkid with your sister and then her boyfriend shows up and pops his top off to get in on the action. WHERE WAS BRYAN?!

Covered up a little here for my A @theartemc Loved this moment with him! He was so nervous it was the cutest thing ever! Goodness he is going to be such an amazing Dad. I just can’t wait for it! 🖤

Also, while we’re yapping about the Bella Twins, can we rap about how weird it was that their mom just casually had brain surgery last week? On the season finale of their show, their mom shows up for a shopping day and her entire left side of her face is drooping down to her ankles. It was v difficult to watch and I remember saying to my friend why would she allow them to film this? She claimed she woke up with bells palsy and seemed VERY casual about something that caused half of her face to look like it was melting off. Well, apparently it was a brain tumor and she had brain surgery this week to remove it. There’s a reason this family has a reality show.

Have had two amazing visits with my Mom ❤️ Her balance and walking has gotten better. Her speech has gotten better. Even though her face hasn’t yet, with all of your love, support and prayers you have given her so much hope and strength to have a full recovery! I can’t ever thank you all enough for that!! Gigi you got this! We love you so incredibly much!!! ❤️

HOLY HOLY CRAP 😍 !!! My florist surprised me today by making the flower arrangement all different colors 💐 … just had to SHARE 🌸⭐️ !!!!

I realize ever since I got my Brit Brit graphic tee, I’ve really amped up my news on her but as a proud owner of a shirt with her mug on it, I feel like it’s my social responsibility to report the latest. Brit posted the above TikTok and everyone immediately started razzing on it because it was just another weird video in her lineup of walking on and off camera and doing a twirl videos that she posts on the reg. She points out the flowers and then they are in the video for .2 seconds and she just keeps popping in and out with dead eyes. A ton of people duetted with her TikTok pretending to be the videographer for this masterpiece, and out of them all, this one was my fave:

THEN, CONSPIRACY hits the comment section. Britney superfans start telling everyone to knock it off and reveal that Britney is closing in on 40 and still under a conservatorship. Basically she has no freedom to do anything without permission and all of her money goes to her dad. People believe that her dad is keeping her on a dosage of meds to make her act like a loony toon (which she clearly seems unwell on her social media) so that he can continue to control her and all of her assets. And now we’re on a #SAVEBRITNEY campaign. Also, as fans began commenting and asking if this was a cry for help, one fan told her to wear yellow in her next video if she needs help and WHAT DO YOU KNOW, BRIT WORE YELLOW. And even pointed out “this is my new yellow shirt” and at one point said she reads all of the comments. SO SOMEONE GO GET BRITNEY SPEARS AND TELL HER TO COME LIVE WTIH ME AND MY PARENTS. They don’t feed me drugs and sometimes they take me out for ice cream. We can make TikTok’s together of sound minds and you can show me how to twirl with my hands in my pockets. FREE BRIT BRIT!!!! JUSTICE FOR BRIT!

This is just an excuse to post this bangerang of a song. Rest in peace, Charlie. Thank you for creating this masterpiece and allowing me to butcher it one time with my friend at a karaoke bar after a few adult bevs. We definitely felt like we crushed it, I used a borderline offensive twang and also air-played the fiddle. I hope you can forgive me from beyond the grave. Love you so much.

BONUS: Here’s a happy video of Tom Hanks having the time of his life diving into the pool on his birthday. What a gemstone he is. Bring this joy into your weekend.