It has been brought to my attention that I’ve been slacking on my Ju duties as of lately and although pop culture goss isn’t typically as ravenous in the summer, my life has also been a giant dumpster fire this szn, which doesn’t always inspire me to be funny. So here is my attempt at making a comeback. If I don’t make you laugh, well then you’ll feel just like me right now. Pop on a little Gilmore Girls, let your waterfall of tears flow into a heavy pour of rosé and we could be twinzies. If I do make you laugh, then tell me an obnoxious amount of times because I will never get enough of being told that I’m funny.

If anything is going to bring me out of retirement, it’s Tay. Every damn time. She released her first song off the new album that can’t be confused for a Kidz Bop tune and I’m here to give you all of my thoughts on it. Obviously I was all in on ME because I’m a narcissist and related to a song that repeats over and over again how awesome I am, claiming it as my mantra. I didn’t blog about it because I didn’t want to look like a homophobe but I was strictly OUT on You Need to Calm Down because no one ever tells me to calm down and also it was basically just a way for her to crown herself queen of the gays, which like, we get it Taylor. EVERYONE LOVES YOU. Gawd. ANYWAY, here we are at The Archer and it’s moody and dramats with deep lyrics and I’m all about it. Tay has a knack for releasing songs that speak to a certain part of my life, like when 22 came out the year that I turned 22 (yeah that’s right all you young hoez who post “feelin 22” right now. The song was basically written for me and not about today’s youths, who have essentially no problems and feel the need to wear crop tops with no bras every time they leave their home.) So obviously Tay knows that my love life is a shit storm right now and drops this juicy dramatic song. “Who could ever leave me, darling? But who could stay?” I MEAN COME ON. If I had a diary right now, it would probably say exactly that. Good thing I don’t keep diaries anymore because every time I read my middle school one and see “Seventh grade is the year of dating. I want a boyfriend, but not so bad that I’m desperate, and I’ll take anyone.” I want to kms. So I’ll just leave it to Taylor to write all the embarrassing things that I relate to in that moment and look back on in five years and laugh at. Thanks, boo.

2. Lance Came Out for LOLz. 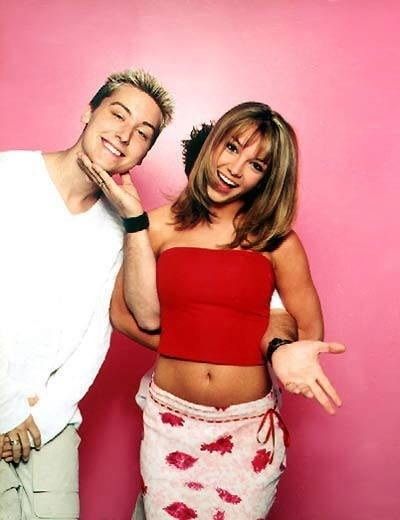 In random stories from 20 years ago, Lance Bass divulged on Watch What Happens Live (because that’s where everyone gets drunk and tells wacky stories) that after Britney got married in Vegas, he came out to her to get her to stop crying and paddle away from her problems in her roflcanoe. Well it worked. A boy-bander being gay got the big belly laugh from our gurl Brit so clearly Lance knows how to read a room. Glad he could come through in the clutch, it’s too bad he didn’t have anymore shocking news to share and talk her down from her bald umbrella smashing epi 3 years later. Womp Womppppp. 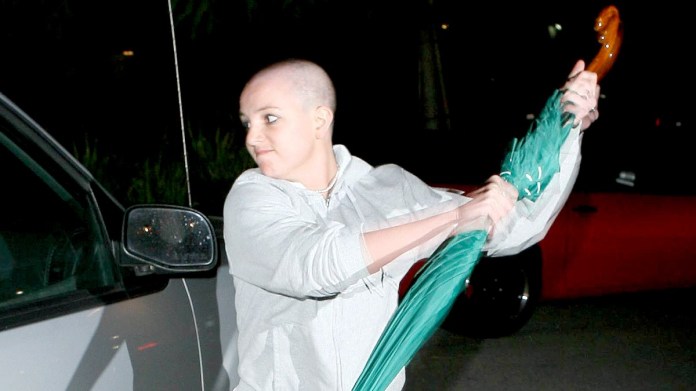 Excited to share that I will now be paying for 3 weddings😂 I feel so blessed to say that our third child is on the way and it’s a girl!! I love you so much @laur_akins. WG and AJ, y’all are gonna be the best big sisters! Bring on the crazy

I’ve spent some time with my 2 year old niece and I’m having a hard time understanding why anyone would sign up for one of those full-time, let alone three. The most adorbs coups is doing it again though and it’ll be another girl! How joyous to have 3 daughters essentially all right around the same age. I’m saying this sarcastically of course because as the youngest of three girls, I CAN confirm we were monsters from ages 2-19. In fact, I’m still ruining my dad’s life and calling him crying on the daily so look forward to THAT, Thomas Rhett! Daughters are yours until you marry them off…or in my case, FOOOORRRR-EVVVV-ERRRRRR.

4. Shawn Mendes is a Teenage Girl.

Babe soda/teen heartthrob Shawn Mendes is making a lot of waves in the past few weeks after dropping a spicy little tamale of a song with Camila Cabello (see above) and then smooching up on her all over town, sparking new romance rumors. When I saw this and heard their merengue I was like ayeee Papi, get it. JK, but seriously I was rooting for him because he spends 90% of interviews convincing the press he’s not gay AND was shot down by Hailey Baldwin like minutes before she married the Biebs, so I felt like Shawn needed a W. That took a DRAMATIC turn when a fan released the below photo with a butterfly tattoo drawn on Shawn’s ‘cep.

AND THEN HE GOT IT. No seriously. A super fan was like wonder if you had this very intricate butterfly on your arm? And he was like gr8 idea. WHAT. Butterflies had their moment in the 1990’s with Mariah Carey and Aeropastale. WHAT PLANET AM I ON THAT THEY MAKE A COMEBACK? First Taylor Swift and now Shawn Mendes? Come. ONNNNNN.

Hey @liviatsang , you’re the best. Thank you x Dallas I love you! 🦋

Listen, I tried to be in your corner, Shawn. I shipped your new relashe. But unless this courtship has dramatically ended and you were drunk surfing through Twitter and stumbled upon this fan suggestion, there’s no reason to be butterfly stamping your muscle. Total Mosby Move.

Nothing makes you feel like a more GIANT loser than watching JLo turn up at 50 harder than you ever have in your whole life and you’re basically half her age. Am I a complete and utter dweeb? Don’t answer that. About a month ago I made up a drinking game to Saved by the Bell once I discovered it was on Hulu so I think we all know what that means. I can cut loose with the best of ’em. #BUCKWILD. Also I heard Ryan Seacrest couldn’t get in because he was there so early and wasn’t on the list. NERD ALERT. At least I’m cooler than Seacrest. You don’t show up to a celebrity party at 7 on the dot you big wiener. But seriously, JLo LAYING OUT ON THE TURN TABLES with ARod as her #1 hypeman in the background was my favorite thing I’ve seen in a real long time. Also, surprising to no one, she looked like a damn snack at her Grammys-level birthday bash. I bet Leo was there.

It’s been a birthday to remember. I can truly feel the love from all of you. ❤️ Yesterday was a dream. I have watched your beautiful birthday videos and I must’ve cried 20 times. It was just another great reminder of how thankful I am for all the beauty and love I have in my life. Thank you all for being a part of this great feeling! @arod, Benny, @quayaustralia, @prettylittlething and so many more! 🎉🍾🎂 The party continues tonight!!! #itsmypartytour 📸: @walik1 & @stevengomillion

WE FROM THE BRONX, NEW YORK ✨🗽A different view of last nights celebration… 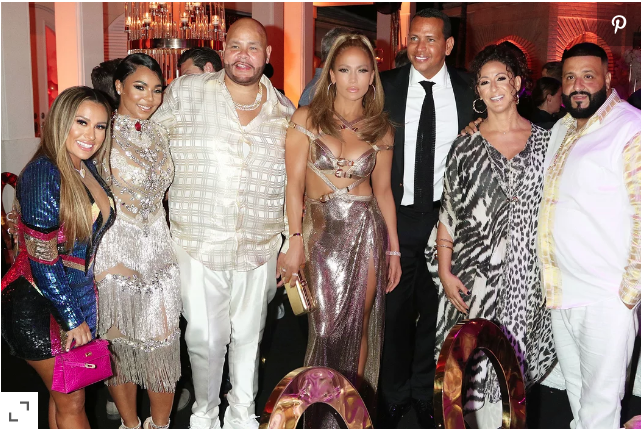 Also is that Fat Joe? He’s still alive?! AND ASHANTI?! JOE CRACK THE DON, UH. PLAY US OUT, GUYS.