Remember that horrendous reality TV show a few years ago where they tricked a bunch of T-Rash American girls into thinking Prince Harry was dating them when they were actually just dating a ginger actor? When that came out I was like well this is the reason Prince Harry will never so much as sniff at an American. I can’t even believe WE ALL HAD A CHANCE THIS WHOLE TIME. Ok, whatevs, this girl is gorge and an actress and charitable AF–AND according to her Twitter bio she is “a traveler of this beautiful world.”Fine, we get it. You’re the bomb.com, girl. I guess Harry is over his blacking out in Vegas days and looking to settle down. That is, if every gossip mag reporting this relationship like it’s the royal wedding doesn’t scare him off. GUD LUCK, MEG! 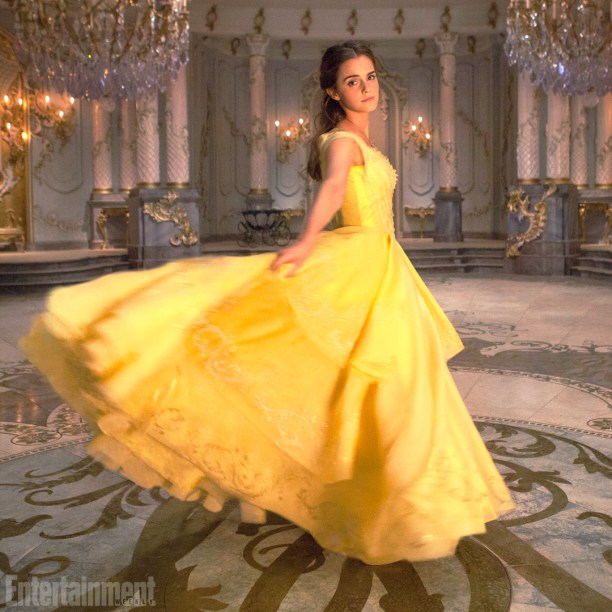 More pics from the live action Beauty and the Beast were released this week and of course Emma is crushing it as Belle. I’ve never seen anyone look better in a yellow dress than the time I wore it for Halloween in 2013. But I’m willing to pass the torch to her because she’s perfect for this role and also I would never in a billion years want to smooch this beast with horns. Yikes. Can we see the after photo? Also I’m gonna need a close-up of Gaston. Cause like, Gaston can’t be hot. Cartoon Gaston just looked like a dick and I can’t be getting all confused about who Belle is supposed to be attracted to if they give this movie the Hollywood treatment and Gaston is a dreamboat while Beast is over there snarling and picking gnats out of his fur. 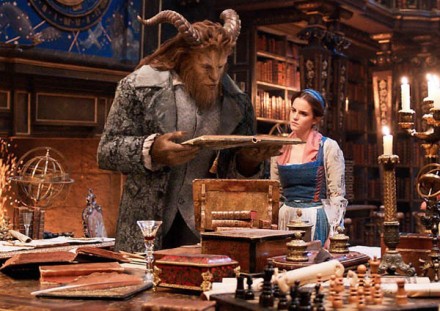 Beauty and the Beast (2017) Emma Watson stars as Belle and Kevin Kline is Maurice, Belle’s father.

3. Beyonce eats cheetos. STARS. THEY’RE JUST LIKE US. I love how it was a legitimate headline this week that Bruno Mars revealed Beyonce nommed all up on some cheetos before the Super Bowl halftime show. He even included that she had the cheezy dust on her fingers. Talk about blackmail. See if Beyonce ever snacks around Bruno again. But actually, if all I have to do is eat cheetos to get a body like B then I’m basically there. Except for the whole orange dust thing. I’m not saying I’m above it, but it might be frowned upon for me to sit at my desk and lick my fingers after snacktime.

4. There’s still hope for me. Was cruising through twitter this week and saw that someone had tweeted this photo:

And said this is what Ice Box looks like now. Since everyone knows I have an affinity for wearing a backwards hat like a big ole lez and pretending it’s adorable, this is HUGE news for me. The girl who starred in Little Giants and looked like THIS:

…now looks like a smokeshow. Here’s what I looked like as a child vs. grown up. We’ve still got some time, guys. I’m not worried. IT’S JUST A PHASE.

Ah yes, the season 2 that EVERYONE (read: no one) has been anticipating. Fuller House is going the way of Girl Meets World and after watching this disaaaaaster of a trailer, I gotta say I’m officially out. No more she-wolf pack jokes, no more Danny Tanner dressed as Vanilla Ice going through a mid-life crisis and DEFINITELY no more DJ wasting an opportunity with hot vet Matt. I feel like a giant weight of terrible MK&A jabs has been lifted off of my shoulders and I encourage everyone else to quit as well. Mostly because if anyone talks about this I’ll have FOMO and immediately binge watch. LET’S STAY STRONG TOGETHER.

#tbt Me and @JohnStamos at a rally for the homeless in Washington DC, circa 1988, just after I did Beaches! pic.twitter.com/rRVgBCkJa6

BONUS: My dad is funnier than me. Den & I have an age old tradition (since I graduated college), where when I’m faced with financial decisions, I ask him to explain them to me in 90’s pop culture references. It’s a fool proof method, really. He knows all of the characters I’m obsessed with, and also smart stuff like MONEY. After college graduation he broke down investments via Dawson’s Creek and this week he delivered a killer Saved by the Bell comparison to teach me what an IRA account is. Read and appreciate that my dad is and will always be cooler than yours.

It’s almost like he should have his own blog or something. (JK-steal my spotlight and I’ll cut a bitch.) One blog per fam. PS Happy 2nd Birthday to The Salty Ju last week. #ShamelessPlug