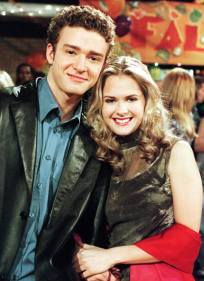 Forget what Lifetime and Hallmark try to pass off as movies, you haven’t really lived until you’ve seen a Disney Channel Original Movie, DCOM for kewl peeps, obv. The early 2000’s were the golden era of Friday night premieres on the Disney channel–terrible acting, cheesy characters and a just little bit of magic. For example: a talking house, switching bodies with your grandparents, a leprechaun on a basketball hoop, mermaids, Justin Timberlake as a male model, Hilary Duff in the military…you know, typical stuff. Well as an anniversary gift to us, Disney will be airing a full weekend of DCOM’s so fire up those DVR’s but also iTunes because their lineup is missing more than a few key flicks. First and foremost, Model Behavior. JT at the prime of N*SYNC on the disney channel? YES PLEASE. Wish Upon A Star has a pre-Grey’s-meltdown Katherine Heigl. Alright, this could probably be a whole blog, (and believe me it will be…no one unjustly leaves out the classic DCOMS and gets away with it) Anyway, click here for the full schedule. Must see’s (that they’re actually playing) include: Double Teamed (don’t be such a perv), Motocrossed, Pixel Perfect, Zenon: Girl of the 21st Century, Smart House, HSM, Cadet Kelly & The Cheetah Girls. 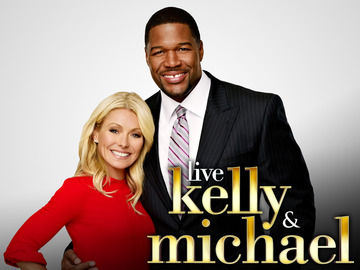 Since not all my readers have lived that unemployment life, you might not be as familiar with daytime talk shows as I am. So it’s important for you to know that Michael Strahan bouncing up outta Live with Kelly & Michael is a BFD. Poor Kelly can’t hold a bitch down on that show. First Rege leaves, and now Michael’s outtie–for another morning show! BURN. SIZZLE. BOOM. And to make matters worse apparently the producers pulled the ole, what she doesn’t know won’t hurt her and Kelly found out at the same time everyone else did. Yikes. So until further notice, Kelly is vacationing and probably looking to get out of her contract or something. At least she’ll get a gr8 tan?

3. I almost pooped my pants.

I mean the book was suspenseful (looking for a juicy read? head on over to my book list that I so carefully made even though 90% of them are turning into movies) but my God that trailer gave me a scare. Creepy Kanye West followed by a first person POV ponytail snatch? I watched this before bed, which I’ll own up to being a terrible idea for someone who sleeps with her door closed in case a murderer comes in so she’ll hear him coming, but also I’m never wearing a ponytail again. DEATH TRAP.

4. Lil Becks is the next Biebz. I follow 50% of the Beckham family on Instagram and it certainly has its perks. Recently Victoria and David have been pimping out Cruz as quite the little songbird. I hate kids, but realistically this whole family is full of future models and popstars so midas whale get on board while they’re young. I would hate to look uncool. So check out this little nugget hitting the high notes and becoming one with Beca Mitchell. If I could give him any critique it would be to get a new routine because cups was so 4 years ago. I mean, come on. But keep on, keepin on little guy, it won’t take much to oust Biebz, you’ve already got the soulful pipes and the swoopy hair.

5. Saved by the Max. Chicago is doing a pop-up Saved by the Bell diner this summer as tribute to The Max and so that every SBTB fan can pretend they’re having a burger with a side of magic tricks. I love this idea and I hate this idea. I love it because it could be argued that I’m a casual fan of Saved by the Bell.

I hate this idea because it’s just like the Central Perk thing that went down in NYC a couple of years ago. You build this huge tourist trap and then people wait in line for hours to shuffle through and take a picture that a bunch of strangers watch/end up in the background of. I wish there was a secret underground society where pop culture recreations happened and you could just go and be called Mama by AC Slater, get smooched by Zack Morris and never get anywhere near Screech. Can we make that a thing? Oh, it’s called living in a fictional TV show? WuT3v3r.

*Bonus (feels mean to call this a bonus) Prince died last night and I’d like to thank People.com for reminding me of the time he kicked Kim K offstage. He was like hey girl come dance with me and she was so bad that he was like k, get off my stage. May he rest in peace and I’m sorry I aggressively made fun of him at every awards show ever.

Now I’m off to Nashville to recreate The Longest Ride or something…keep me in your T’s and P’s for finding Nicholas Sparks love with a southern gent.