Well as far as fall finales go…that was…boring. I mean, Deacon and Rayna are engaged (FINALLY!) and Will got a HEARTY thigh graze from Wade Cole. But other than that? Avery leads the anti-Juliette brigade and by way of association, Anti-Emily. Yes that’s right, the woman who has essentially been Avery’s live-in bitch since Juliette started her all booze n pills diet is dead to Avery now. Why? Cause she visited Juliette in post-partum rehab. When Avery tries to justify this aggressive move to the other dads at daycare (Will & Gunnar) he’s all yeah we should probably kill Emily because she betrayed me. Right, guys? RIGHT?! Cady’s BFF’s were like you’re the worst, go get Emily back. And after some more yelling and a chat with Juliette’s doc, that’s exactly what he does. Gawd, Avery’s so uptight now.

He may be a real dick but this makes for a hilarious grumpy dad dynamic with the whole three men and a baby shtick. Will stretched out on the puzzle play mat blowing bubbles with Cady and Gunnar beelining it to her when he gets home from tour only to be broken up by Avery shouting NO MORE JULIETTE was hilarious. I expected him to storm in the room waving a wooden spoon. Guy REALLY doesn’t want his baby recognizing her mom on TV. ALSO: NO MORE TV. What a lame dad.

Also lame: Luke’s plot twist that dethrones his entire ALMOST Jay-Z brand is that his business manager embezzled millions then went off the grid with all his stolen cash. Womp womppp now Luke owes 40 million in back taxes. Watching Luke pretend to know things about money while coming up with a solution was almost as funny as Scarlett still dating a doctor.

That same doctor who got a promotion in Seattle. Since I had washed my hands of this relationship about 400 episodes ago, I was surprised to see that they had to drag the breakup out this long. Caleb vows to stay in Nashville for Scarlett and she’s like SHIT. They break up, naturally as they should have after their first date full of Scarlett reciting medical terms from Webster-Merriam. Caleb stays super calm about it by saying he’s not like Scarlett because he’s normal. OHHH ZING, CALEB. Did you get that one from the insult store? BYE FELICIA.

Even though Maddie apologized for being the meanest sister on this earth, it’s not looking like she’s had an attitude adjustment just yet. She scowls while eating imitation fruit loops as Daphne sings a beautiful banjo melody at the breakfast bar. SINCE WHEN IS HAVING AN ANGEL VOICE CHILDISH, MADDIE?! Also on the topic of Maddie—now that Colt has moved in with Gramps did that just end their passionate love in a tour bus affair? People don’t forget. This modern day Romeo and Juliet of “my parents are the WOOOORSSTTT” relationship better not have faded into the dust. Or replaced by cool girl country singer Cash, who happens to be Frankie’s daughter. She opened up for Kacey Musgraves so she’s got mad kewl points in the teens with a record deal world of Nashville. Maddie and her get all BFF in five minutes and want to write together—without Daph. I hope Daphne becomes a YouTube sensation from her banjo crooning and stomps Maddie in fame to teach her a lesson about treating her like she’s in diapers. 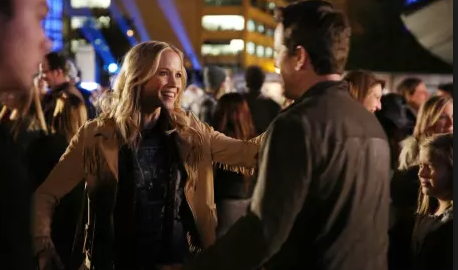 He’s done being colicky when the big night arrives and he lurks backstage with a flask. Rayna strolls up wearing a sparkle jacket, matching scarf and a fedora. She takes a swig from Markus’s flask and it GIVES ME LIFE. I wanted to kiss Rayna then, so totes understandable if Markus was having some thoughts as well. Anyway, let’s not get distracted by girl crush fantasies, the diva’s song started out sounding like Fallout Boy but took a turn for the better. I could kinda get down with it.

After the show everyone’s like omg Markus you’re amahhhzinnggg and record downloads are high and the crowd was eating that shit up so Markus takes Rayna up to the roof with a bottle of Dom to do some unsolicited kissing. Seriously, Rayna has a mouthful of bubbly when Markus goes in for the kill. He probably just wanted a sip of champagne from her mouth guys, totes innocent. JK he forcefully tells her YOU KNOW WE HAVE CHEMISTRY and she shouts RESPECT MY BOUNDARIES before she disappears into a cloud of smoke and glitter. (PS Pay up, Dad. When I predicted this trajectory 3 weeks ago Den was like nah he’s not hitting on her. LoLz.)

Not one to be scorned by a lover that’s probably twice his age, Markus decides to toss Boulevard back togets and leave Rayna high and dry because she didn’t really need mouth to mouth CPR just from taking a swig of champagne. Deacon is Mr. Jelly Belly about that punk kissing his lady and delivers the line of the night with, “You’re going to talk to Markus in the middle of a fight about Markus?” The answer is yes. Yes she is. Rayna’s even late to the opening of The Beverly. She misses Deacon and Scarlett’s lively kickoff song dedicated to….wait for it…Beverly. When she finally shows up reeking of desperation because she just begged a guy who raped her mouth not to leave Nashville, Deacon yells at her a little more then is like never mind will you marry me? The answer of course, is yeah ok. Can’t believe she wasn’t wearing her concert outfit for the proposal. That would’ve been so0o instagram worthy. Do you think Rayna ‘grammed the ring? Or like, because it’s her third…maybe it’s less social media friendly. Things to think about over the next few months because we won’t see a Nashville return until March (this sentence made me VERY relieved.) Enjoy the break! 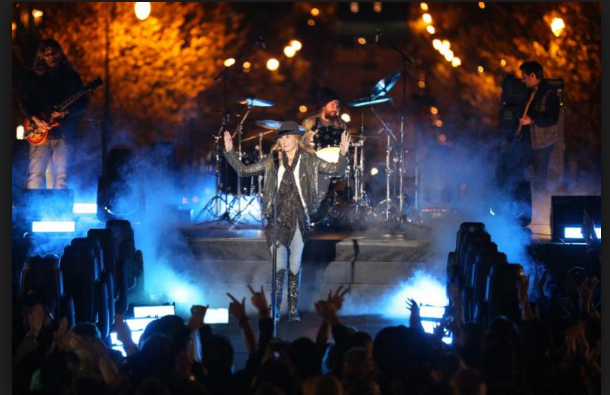