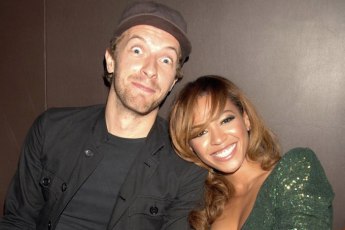 LONDON – SEPTEMBER 27: (EMBARGOED FOR PUBLICATION IN UK TABLOID NEWSPAPERS UNTIL 48 HOURS AFTER CREATE DATE AND TIME) Chris Martin of Coldplay with singer Beyonce Knowles attend the after party following the concert by Jay-Z at The Royal Albert Hall, at Movida on September 27, 2006 in London, England. (Photo by Dave M. Benett/Getty Images) 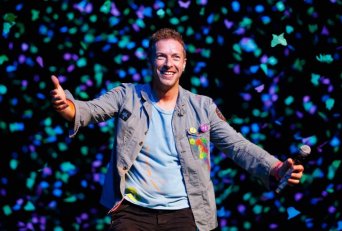 Before the news broke that Coldplay would be doing the halftime show this year, they released a song with Queen B (Listen Here.) Now that I think about it he was probably buttering up the Beyhive (all of America) so we would be more accepting to the halftime show news. Look, if I can’t have Taylor Swift (and we all know she deserves a halftime gig) then I will settle for Coldplay. They’re good shit and as long as they don’t allow gorillas to dance around the stage, I accept. 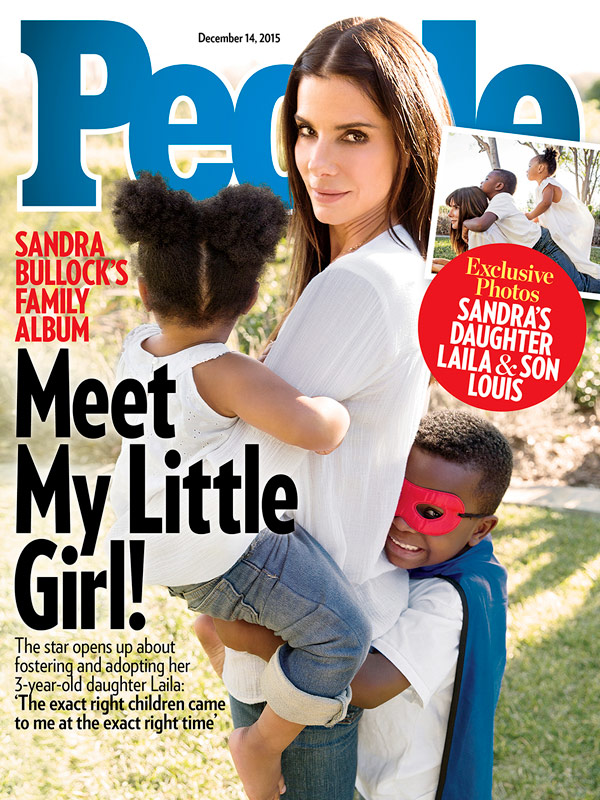 Sandy adopted a little girl named Laila and now she’s got two kids and a silver fox boyfriend so like obviously her life is fabulous. I actually don’t have much to say about this gossip because I don’t love children a whole lot but I’m just happy that Sandra is winning life after all that drama with her dirt ex-husband. People don’t forget, Jesse. 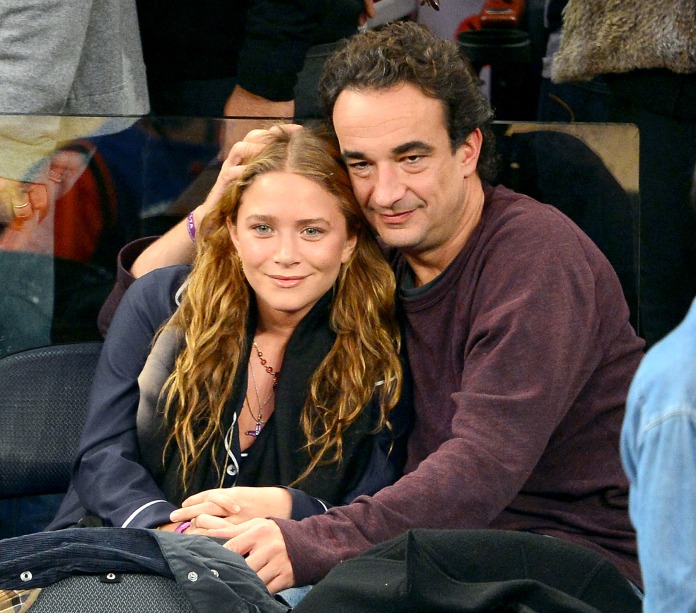 Last weekend Mary Kate Olsen married bro of French pres, Olivier Sarkozy, who’s pretty old. I’m obviously going to need a little time to cope as 1/2 of my childhood twin idols married a French geezer and had bowls of cigarettes at her wedding. When did it all go wrong? Also lolz to the fact that I’m assuming this is Olivier’s child pictured below and MK is the same height/looks like she’s the same age–the only way you can tell them apart is the way that MK is clutching onto that cigg with a death grip. 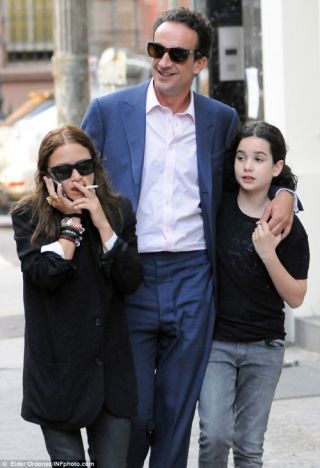 Here’s to many more years of creepy pictures and dark cloaks that smell like stale smoke, you two! (I assume that’s almost exactly what was given for a toast…it’s like an enchanting nursery rhyme)

"In the blink of an eye." Congrats MK. X 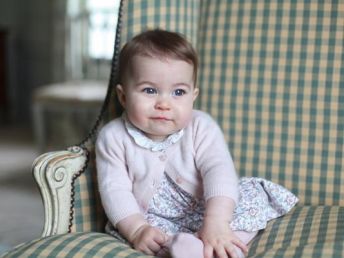 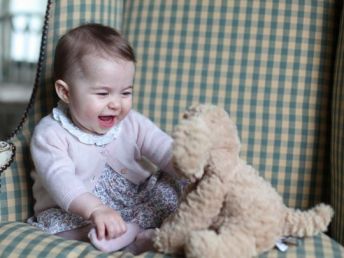 Because we’re all so obsessed with the Royal fam, they were like I guess we’ll throw those trash Americans a bone and released new pics of Charlotte around Thanksgiving. She is quite literally the second most beautiful baby I’ve ever seen. (First born George takes the W, obv.) If Will & Kate had a Facebook I don’t even think I’d hate it if they posted a daily photo of their kids like I do when everyone on social media whose ever birthed a child does. THAT’S how perfect their babies are. Highest compliment I could probably ever give. 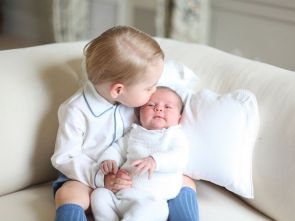 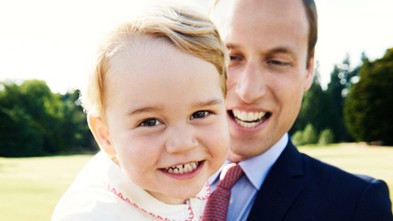 5. Harry gets Tatted on TV.

1D goes on the Late Late show to play Tattoo Roulette and obviously they make it REAL dramats trying to make you think that it’s possible James or tat-free Niall might have to get inked. Realistically you know from the start it’s going to be Harry because he gives 0.0 F’s and has a trillion tattoos already. Yet it was still pretty entertaining to watch.

Also leave it to James to have Billy Crystal just chillin and get a member of 1D to sit on his lap:

1. America’s Sweetheart Sandy B is dating a silver fox. 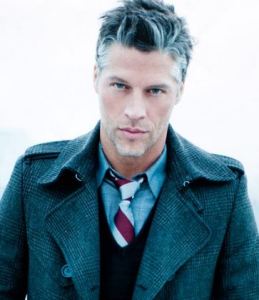 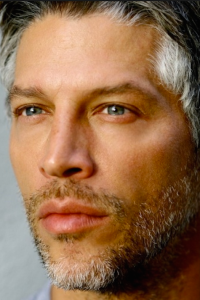 It’s been reported that cute as a button Sandra Bullock is back on that dating grind years after that barf.com ex-husband of hers made her look terrible in the press via cheating scandal. The new man candy in Sandy’s life is photographer/model Bryan Randall. What you need to know about him is that he’s a silver fox and nothing else is important. Jk he has a daughter in college (yiiikes), is from Portland, Oregon and owns a successful photography company. I would like to congratulate two beautiful people on finding each other and hope that Hollywood doesn’t ruin their relashe. See–I can be nice when I want to!

2. TPain sang the hell out of Merica’s theme song. Ya boy T-Pain is sick and tired of everyone saying he uses auto-tune because his voice is garbage can quality. Nowadays he’s done with buyin you a drank and he’s all about showcasing his real voice in public. He also wanted to add that he used autotune to sound different…NOT BETTER. So everyone shut the hell up and listen to T-Pain’s patriotic melody give proof through the night that he doesn’t need autotune. 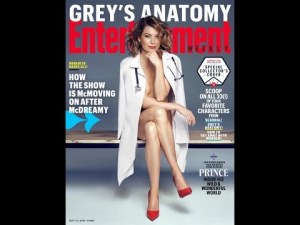 In THIRSTY efforts to bring attention back to Grey’s Anatomy after they aggressively killed off the most beloved, delicious, fictional doc of all time, Ellen Pompeo goes full nudey magazine day on the cover of the latest Entertainment Weekly. Hey Shonda, 99% of your viewers are females who like to sigh over McDreamy’s hair and have fantasies about being stuck with him in an elevator…looking at Dr. Meredith Grey’s lady lumps isn’t going to bring him BACK.

Nickelodeon is hopping aboard the nostalgia train and has announced they’re looking back at their old school cartoons and might be rebooting some as a publicity stunt for people who grew up on their shows. I think this is where we need to draw the line. I can’t see myself sitting in my PJ’s at 24 and lawling at a bunch of babies who can only talk to each other or Ren and Stimpy tell fart jokes. It would be much appreciated if Nick could nip this right in the bud and actually follow through with their promise to start airing MK&A original movies and TV shows. MAKE IT HAPPEN, NICK. One episode of So Little Time in May doesn’t COUNT!

5. HAPPY BIRTHDAY TO THE QUEEN!

Celebrate this holy day with a little Love On Top because it’s impossible to listen to this song and be grumpy.