I’ve been saying I would write this blog since I started The Salty Ju and nothing motivated me more than Disney announcing a MDW DCOM marathon and excluding some of my faves. So here’s the must-see list of the ole Disney classics whether you catch them on Disney this weekend or online…they’re worth a relive for nostalgia and mad LOLZ. Disclaimer: After doing further research, it turns out some of my faves that were left off the list are technically not DCOM’s as they were funded as feature films (which would explain why they have more star power.) Guess who doesn’t care? Moi. Were they on Disney? Yes. Did I watch them fo’ free? Yes. Then they’re Disney Channel Original Movies. End of discussion. Let’s rank. 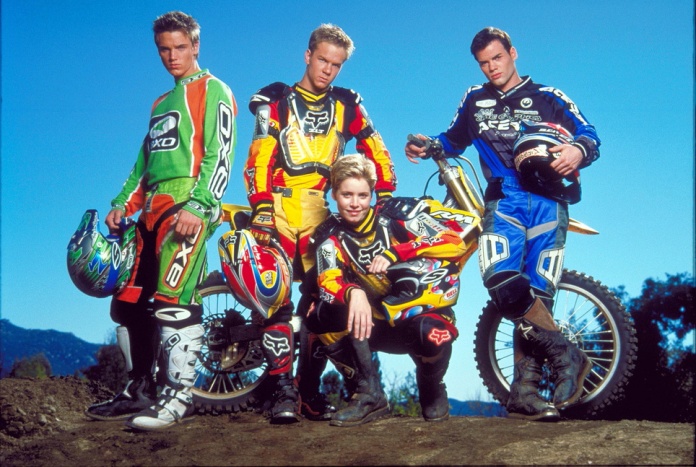 I can pretty much tell you almost nothing about this movie but it’s on this list because Riley Smith. I think I only saw it the one time but if I know anything, it’s 90’s teen heartthrobs and Riley was top dog. This flick is supposed to be Disney’s dipping their toe into the waters of feminism but all I can think about is those baby blues in his lime green jumpsuit. But anyway, this chick kneeling in the front of this picture wants to be one of the boys and race with them in place of her brother so she chops off her hair and does just that. Pretty sure she also falls for Riley, because who wouldn’t? Sincerely praying she got a peek at him in the locker room, She’s the Man style.

Don’t be such a bunch of pervs. This movie is about sports and twins, duh. Based on a true story (see, Disney was educational!) high school twins play volleyball togets then they had to move and start dabbling in basketball. I remember this movie being hilarious because they claimed to have that twin sense that made them like 1 trillion times better at sports. Like one would look for the other to pass to and telepathically through twin-ikenisis she would know to run to that corner and catch it. It was such a load of bullshit. Not to mention they apparently didn’t have the budget to cast actual twins, or like, just the same person like Lohan in The Parent Trap, so the two actresses looked nothing alike. There’s no way you can be in each other’s brains and not even be related! Whatever, they made it to the WNBA. Spoiler alert. Not bitter or anything. Twin bogus.

I distinctly remember watching this one on premiere night with my sister and then us yelling Si Se Puede at each other for roughly an entire summer. Did it apply to anything we used it for? Probably not. But it was in Spanish and made us sound super exotic. This is the Latin flava movie and gave me some new spicy dance moves to try out no where because I have no rhythm. This random red-headed teacher in the movie did, though because she got doooowwwwnn and showed the dance team how to win.

Bonus points for America Ferrera crushing it as Yolanda. Every time she danced solo everyone chanted “Go Yoli, Go Yoli.” What a firecracker.

[Editor’s Update: My sister just kindly reminded me that we had an obsession with neon highlighter window markers around the same time this movie came out and at one point each had Si Se Puede written on our bedroom windows. What a hip family we were. You know, if the definition of hip is carefully planning each month what quotes and doodles to draw on our windows with craft markers for no one to see but us and our probably 3 friends.]

8. The Luck of the Irish

A St. Patrick’s Day staple on the Disney Channel, other top Disney hottie Ryan Merriman stars in this REAL weird number about Leprechauns. He casually finds out his mom is one, as Irish families sometimes do, and then has to get a coin back or something? I don’t really remember. What I do remember is his mom fitting in his pocket, him growing some pointy ears/bleached tips, and his grandpa being named Reilly O’Reilly. So I guess he’s pretty Irish. Also Kyle (Ryan Merriman) has to fight this evil leprechaun in a rowdy game of bball. And he is terrifying. 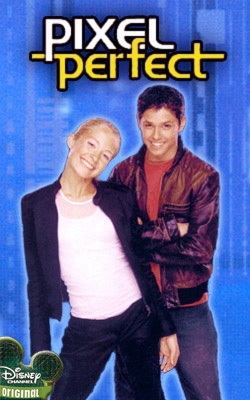 This one got a little creepy BUT also gave me a fresh crush. Ricky Ullman was the leading male and also starred in my middle school locker via a Google image of him printed on fresh white computer paper. Smooches, Ricky. Anyway, he’s a nerd (and the glasses really work in his favor in this movie) so he creates a robot girl and then tries to cash in on her as a singer. He also falls in love with her and his BFF Sam is crushed because he likes a robot better than her.

I’m pretty sure the jig was up when Ricky tried to smooch Loretta the hologram. CAN’T HAVE RELATIONS WITH COMPUTER IMAGES, BRO! Bonus points for the soulful songs that I most certainly ripped off Limewire. 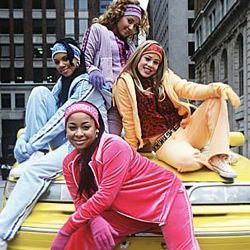 There will never be a cooler friend group than the cheetah girls. Cause they had a cool handshake, and they sang rad songs, and they’re cheetah SISTAAAAHHHHS. Seriously though, those matching velour jumpsuits were on point and in a day when 3LW and their promithes, promithes were all the rage, this movie was the shit. Even their names–Galleria, Chanel, Aqua and Dorinda? Who the hell came up with these?!Remember when they rescued that little dog basically just by singing to it? Modern day heroes is what they are. You heard Chanel, You BEST respect the Cheetah Girls.

Describing this movie makes it sound SUUUUUPER dumb. But at the time, watching it gave me like a hundo new cool phrases to drop at the lunch table. Zetus Lapetus, you brought Doritos today?! Zenon wore neon colors and lived in space with her BFF Nebula…except she was punished by being sent to Earth. Earth sucks. We don’t have a cool AF spiky haired singer named Proto Zoa who croons “there’s no gravity between us, our love is automatic.” We have Bieber. Yuck. Props to Disney for playing right into the porcupine hair trend that was hot in the streets in the early 2000’s. Boys, you were a nobody unless you had a gelled front spike, preferably with bleached tips and that is obvious. All I ever wanted to be was Proto Zoa’s Supernova Girl, MAJOR!!!! (Now that I’ve reminded myself how stupid space talk is, I’m going to force it into every conversation for the next month until my friends want to murder me.)

I’m only counting the first one as a throwback classic because the second movie was dirt and the third hit theaters (and is still a bangpiece of a film.) Who would have thought theater kids could be cool in high school? Troy totes didn’t when he sneaky discovered that he loves to sing like a bird but feels REAL guilty because WHAT WILL HIS FELLOW BALLERS THINK? Bonus points for two high school freshman (I’m assuming they were infants) finding love via open mic on vacation. They really stuck it through too. Wildcats 4 lyfe. No movie scene will ever beat Troy stopping mid-dribble to sing himself through a mental breakdown. Quickest way to make me laugh out loud is to re-live that soliloquy.

Back when Lohan was still fairly well-adjusted and Tyra Banks wasn’t telling everyone to kiss her fat ass on daytime telly, we had another majestical and realistic story via Disney. Eve the Barbie has come to life through a magic spell and even though she has an endless closet and career choices in playworld, real life is ROUGH for her. Get used to it, Eve. The good news is that if she ever finds herself in a bind she can just sing her way out of it. WHERE YOU LIVE, WHERE YOU ARE BE A STAAAARRRRRR!

Bonus points for feminism when we see that Barbie is actually a total asshole with a razzle dazzle raincoat and firecracker red nails who can’t work or cook to save a life. #ROLEMODEL That is, until her little tomboy friend Casey teaches her about life and makes her dad fall in love with a doll. Normal stuff.

I’m nothing if not dedicated and since this was one of my favorites, I re-watched it so that I could remember all the gems. And boy was this edgy for Disney. It’s your typical body switching movie, except that for a network that created a high school movie series where the couple doesn’t have their first kiss until the third movie…THIRD MOVIE (coughtroyandgabriellacough), this was risqué. Alexia Wheaton is the older and much more popular sister with the hot boyfriend—obviously named Kyle.

Haley Wheaton could be a body double for Travis Birkenstock from the movie Clueless. 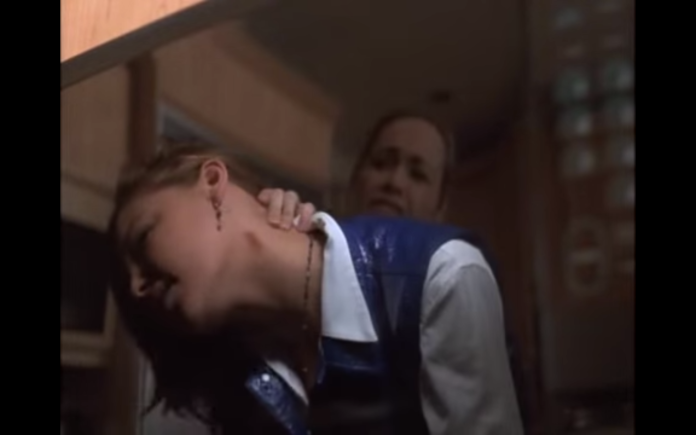 In this town there’s casually mad shooting stars and they have like 100 chances to switch back, no biggie. Bonus points for the frosted lipstick, white sparkly eye shadow and construction workers getting boners for 16 year olds. Also might I add that no matter what body switching occurs, I would never be down with sharing my BF with my sister and allowing them to tongue each other. 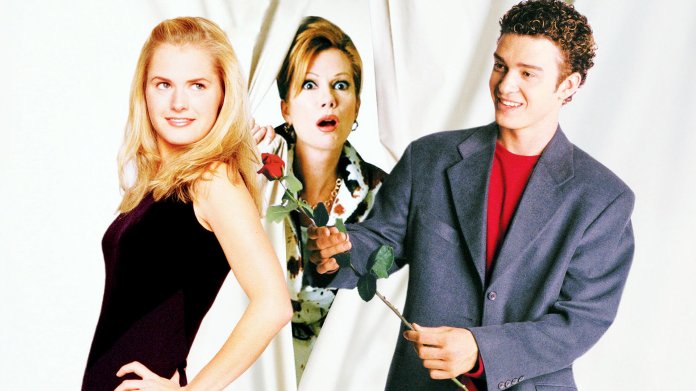 Ohhhh I don’t even know where to begin with this movie because everything about it is too great. Right off the bat, N*SYNC’s “Here We Go” in the opening credits with a camcorder at a high school party is such a hot start. Another life switching movie that ends in a high school dance (do you see a trend here with my favorite DCOM’s?) Janine the famous model just wants to be a regular teen and Alex the social outcast just wants to bang JT, I mean Jason Sharpe. Don’t we all, honey, don’t we all. I’d like to point out that this movie just further convinced pre-teen Julia that she had a shot with any celeb if this weirdo who makes her own costume-like clothes can get JT. Anyway, apparently if you pull your hair up and rock a pair of dark framed glasses, you’re a completely different human. WHO KNEW?!

Jason may seem like a player but that’s all tabloid fodder, he’s really just modeling to pay for grad school…where he will study astronomy. Are we to believe that someone old enough to attend or think about attending grad school is willing to roll through a high school dance just for a smooch? On the other hand, Janine the model is “park your car directly in the apartment” kind of rich and ends up slumming it with Eric Singer, the popular jerk at school. Eric Singer is a hawt name but his personality is mud. 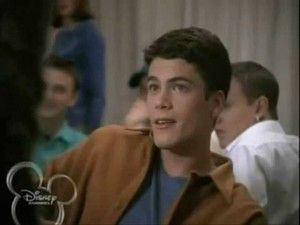 Bonus points for Janine’s assistant Monique who has a mushroom cut and speaks like PeeWee Herman because every time she opens her mouth I laugh out loud.

Also the pervy brother who waits outside of a ladies bathroom with a camcorder just to catch his sister on video. Bruh, did anything about that seem off? And finally the lolworthy confessional that occurred in the middle of the school dance with parents, little bros and potential boyfriends present. Oh, and Nobody’s Angel, appearing as: Nobody’s Angel. Best. Movie. Ever. 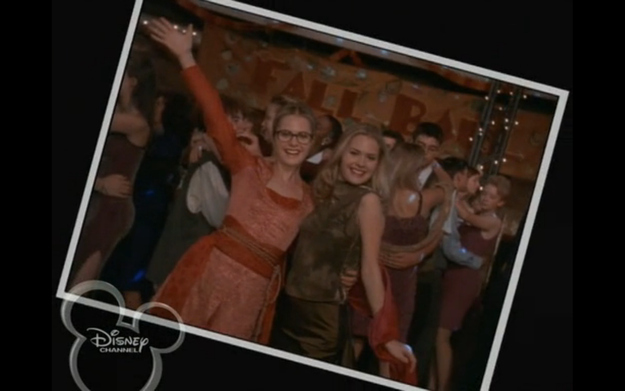 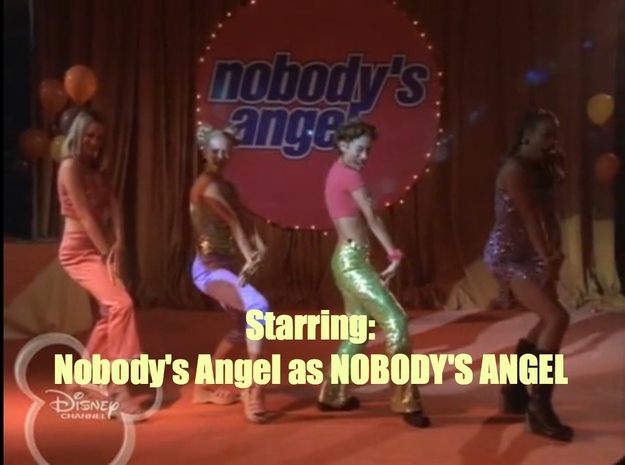 Catch some of these movies this weekend: Click here for full schedule Unfortunately the top three will not be playing, but it’s possible they will be avail online. BOOOOOOOO. I don’t know why I’m complaining, I just set my DVR to tape roughly 20 movies. HAPPY MEMORIAL DAY, ‘MURICA!