1. SHE PLAYED THE FIDDLE.

This video is everything. The song itself made me want to go back to Galway and the video just hammered it home. I TOO WOULD LIKE TO IRISH STEP AND THROW DARTS IN A BAR WITH A LIVE FIDDLE. Props to Ed for just rolling around Ireland with a camera and acting like he wouldn’t get recognized by fans. What a sweetie. 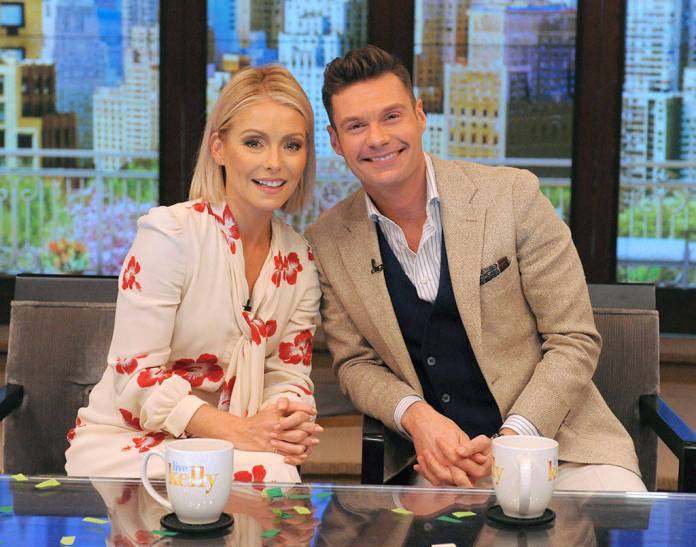 Knowing how much of a diva Kelly Ripa is this is the worst move Live could’ve ever made and I refuse to believe she was on board with it. Ryan Seacrest dominates everything that he does. I’ll never understand it because he’s suuuuuch a wiener but give Ryan Seacrest an inch and he’ll take a mile. Kelly who? She’ll be bumped by Sweeps.

Hi Little One I know you, but only because I feel you. How is it possible to love someone so much already? All I know for sure is it's the strongest feeling I've ever felt. We've been sharing this body for quite some time, and we've already experienced so much together. We can't wait to meet you… Love Your parents

Well this is just about the most adorable announcement ever. I mean the caption is a little queer but that photo is perfection.

Gone are the days when Niall had braces and was the most awkz bird of 1D. Look at how sultry that photo is. He’s so grown up and all about those dirty suggestive lyrics. “Slow, slow hands, like sweat dripping down that dirty laundry, no, no chance I’m leaving here without you on me.” WOOOOO. Niall comin in HAWT. I’m down with it. Gotta be brutally honest and say that Niall is winning the solo debut right now. Two out of two straight bangers from him–who would’ve thought?

❤"The best thing to hold onto in life is each other." -Audrey Hepburn ❤

I recently just wondered out loud why bomb movie star Goldie Hawn was making her acting comeback in a fiery hot garbage Amy Schumer movie. I’m willing to forget that for now just to talk about Kurt & Goldie getting Hollywood starred. I’ve been known to be somewhat of a curse when talking about long term Hollywood couples that I love (Ben & Jen, Joshua and Diane, etc.) but actually how cool is it that these two have been togets over 30 years in the cesspool that is Hollywood where relationships go to die. HASHTAG GOALS. Also, completely unrelated but definitely needs to be addressed…why is Quentin Tarantino so disgusting?

Who rolls up to a nice ceremony wearing a cutoff hoodie, jeans, and I can only assume shoebies because that’s to be expected with that getup. WTF, Q? Pull your shit together for one thing. Here’s Reese Witherspoon and Kate Hudson to give an eloquent speech in their formalwear, oh and here’s a homeless man we pulled off of the streets who looks like he smells like old cheese. Look at him straight lurking in the background behind Reese like someone who was walking by chugging from a brown bag and decided to photobomb this pic. 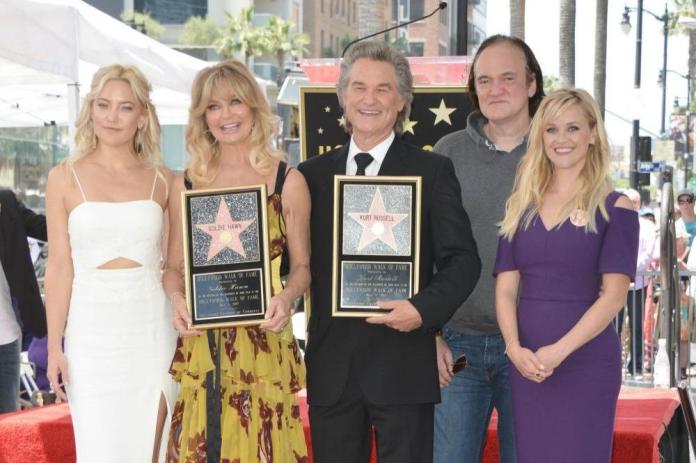 Alright I guess I’m done bullying someone who makes 1 trillion more dollars than me just for existing. HAVE A GOOD WEEKEND YA’LL!